The House in the Novel 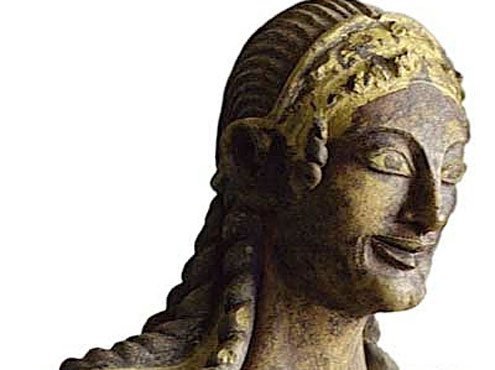 or nearly 17 years, I have taught English at the University of the Tusica in Viterbo, although my home base is Rome. A few years ago, the stress of commuting on the Rome-Viterbo line had so exhausted me that I decided to find a pied-a-terre in the area where I could stay overnight. A friend had an old farmhouse to rent in Vitorchiano, ten minutes away on the superstrada. It was financial suicide to keep a second house on my scanty salary, but if I were going to preserve my job and my health, I had to find a solution.

I’ll never forget my first impression of that house as I pulled into the drive on a rainy November night. Two yellow windows were aglow like eyes in the dark. A horned stone guardian standing by the door watched with lidless eyes as I slipped inside and climbed a steep stone staircase. A huge gilded mirror met me on the landing, and I stepped into a room with low ceiling beams, a red brick floor, a brisk fire burning in an enormous fireplace, reflected in gilded mirrors hanging on every wall. Nothing could have been more removed from the cramped apartment my husband and I inhabited not far from the Monte Tiburtini metro station, where you hear the TVs, toilet flushes and cell phones of all your neighbors. A house is more than just a container, Gaston Bachelard has written. This one had a palpable soul.

Here there were stars visible in the windows (which you had to keep closed at night otherwise bats flew in) and a special quality of silence. A big room with an eastward window overlooking the cemetery became my studio. I ended up spending weeks at a time there, and my husband came up for weekends. We soon noted that the house interacted with its inhabitants by influencing our dreams. Overnight visitors invariably reported dreaming of the underworld. I found the house’s many mirrors intriguing and unsettling. They seemed to be portals to another world.

Vitorchiano is Etruscan territory and originally was probably a colony of the larger Etruscan town of Norchia. Fragments of an Etruscan wall stand near the Vitorchiano cemetery, and all along the gorge atop of which the old town stands, dozens of Etruscan tombs and grottoes are carved. I first explored these, then pushed on to discover Norchia, Castel D’Asso, Blera, Barbarano Romano. A friend of mine has a theory that these are places of power where the earth’s energies may be tapped to enhance health and awareness. I do not know if this is so, but the sight of those mysterious T-shaped doors draped with ivy began to act on my imagination.

Returning home after teaching a late class, I lit a fire and let the resonance of that silent house work upon my mind. On those chilly evenings as the fire burned low, I started writing my novel, “The Etruscan,” set in 1922, just five years before D.H. Lawrence immortalized his visit to the Tuscia in “Etruscan Places.” Like Lawrence, the heroine of my novel, Harriet Sackett, comes in search of a source of deeper life and finds that source in the mysterious Etruscans.

Writing is an exhilarating process through which writers briefly estrange themselves from their own lives. This may or may not be therapeutic. Harriet’s story is not mine, but my own life shrank away while I was writing hers.

The act of writing is a solitary one. Luckily I have a small group of writing friends posted around the world with whom I share my work, and through writers workshops and conferences in Paris and Geneva, I keep in contact with an ever growing network.

After my novel was finished I had the even harder task of trying to find a publisher.

One told me there wasn’t enough sex to make it sell. Someone else offered to have it rewritten by a panel of experts, and an agent tried to get me to sign a form promising not to sue if another novel with similar plot, setting, characters or title should be published by one of his clients. Then a friend told me about the new publisher Wynkin deWorde, in Ireland, and I sent the manuscript to them. One year later the book was in print, and I had a small advance in my pocket — a dream come true. For this I must thank the genius loci of the Tuscia….which allowed me a brief glimpse into its mysteries.

Linda Lappin has lived in Rome since the 1970s, teaching English at Italian universities and working as a freelance translator. She is about to open a center for creative writing in Vitorchiano www.pokkoli.com. “The Etruscan” is available from www.amazon.co.uk