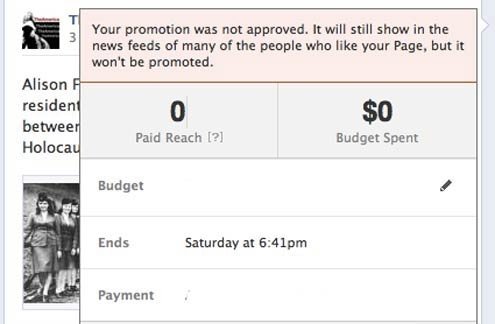 nternet decency — and how it applies to Facebook is particular — is a sticky wicket, a vintage term once applied to cricket ball’s behavior on a soggy field. Wetness made caroms capricious.

The web is similarly capricious. What is decent to some is not to others. Privacy is a vain variable that heats up circumstantially. Likes and dislikes are passengers on a train that can instantly shift from north to south, or vanish into thin air. People can be when they are not, and vice versa, with whole faces and histories suddenly little more than rabbits in hat. Most financial transactions are assured, but not always. Integrity and identity are often up for grabs.

The men and women of Facebook, goliath of connection, hyperbole, and misunderstanding, are charged with monitoring their own billion-strong legions, which they do diligently if at times dubiously. To keep a semblance of order in their unruly global corral, they have their own set of rules about what’s decent and what’s not, what can and can’t be shared publicly (or what shouldn’t be), most guidelines tied to the violent and the sexual in words and images, the twin compasses of public prurience.

Sometimes their measures are prudent, particularly when “clients” are paying to promote promiscuity or violence, hate speech or abuse. Filters intercede to shortcut baser instincts. Facebook advertisers are wisely warned away from the graphic and the mean.

But it’s a science — that of web filtering — still young enough to offer up bucketfuls of irony, some of it demoralizing.

Take this magazine, which from time to time promotes articles it thinks worthy of wider public attention, paying a fee to do so. The selected articles then appear on the news feeds of users, like little invitations to visit. Facebook earns cash and the investing business earns a bit more exposure, something the American consumer lexicon labels not a sticky wicket but a win-win situation.

Our own win-win relationship went forward unfettered (including promoting the finely-tuned writing of a Rome escort) until Facebook’s hungry filters gagged on an article it deemed inappropriate and refused to promote.

As Italians say, magari, a resigned way of muttering “if only…”

No, our wicket wasn’t even sticky, or shouldn’t have been.

The report Facebook ruled inappropriate was a well-handled interview of a 90-year-old Holocaust survivor in Como, who recounted her eloquent but painful story to an attentive Italian-based journalist named Alison Fottrell. Ignes Figini told of being interned in not one but three Nazi camps, including Auschwitz. Her memories were brutal, even vicious, but importantly so. They were no more or less graphic than thousands of other such reminiscences. Moreover, January 27 is Holocaust Remembrance Day, part of a UN obligation to honor victims and continue upholding the “Never Forget” motto that has already endured more than half-a-century.

But Facebook’s filters are not intelligent per se. They comb through content attempting to root out the heinous, which is fair enough. Except that in this case the root of the heinousness is, and was, inconceivable fact, rendering the blocking exercise a kind of parody of postmodernism: shielding the public from a reality that might offend those still susceptible to offense (who judging from web content are few).

Messages to the Facebook “support” desk asking “why, oh, why?” proved fruitless. But cyberspace’s collective “desk” is an impersonal venue. So it is that the worthy piece, among the worthiest the magazine has printed lately, was left to its own devices, which of itself is fine. What matters is its publishing.

Less fine is the accidental irony of a corporate behemoth stepping in the way of spreading a snippet of necessary memory because it can’t see the forest for the trees, beholden for judgment to filters, not faces, and minds. Judgment now hinges on offending key words and software that exist to defend against them. The groundswell of protective excitement obliterates subtlety, and with it individual discriminatory faculties. The connected are so eager for protection, seeking privacy while living in an anti-private realm, they’re willing to accept random glitches.

A bit like the nodding, downtrodden people of 1930s Germany were willing to see Adolph Hitler as a savior and an embodiment of the national interest. What followed was anything but a sticky wicket, instead a series of shocking events well worth constant remembrance (and promotion) to protect the against the ravages of time and the risks of complacency.

— Editor’s note: Some 36 hours after its initial denial, Facebook began promoting the post mentioned in this column. “It appears your ad was mistakenly disapproved. However, it has now been re-reviewed and approved,” read an email from the company.