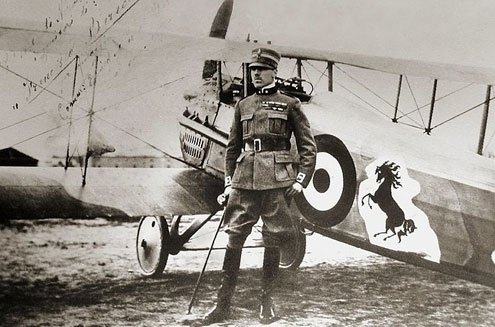 ’ve become obsessed with World War I. I can’t seem to escape it. I have written about it before. I’m now reading Ernest Hemingway’s “A Farewell to Arms” and watching Indy Neidell’s wonderful “Great War” You Tube Channel. There is also the 1964 BBC documentary narrated by Michael Redgrave, when veterans were still alive to remember.

But when names and places associated with Italy began cropping up — Pasubio, Piave, Vittorio Veneto or Cadorna — all of them deeply familiar, I began worrying that my obsession had turned into delusion; history and reality had fused.

Italy’s substantial role in World War I is often overshadowed by larger dramas, including the Bolshevik Revolution and celebrated Western Front battles, many fought in France. But the war changed the map of Italy as profoundly as Unification had in the 1860s, something I learned from summer hikes in the Dolomites. That terrain is still pocked with trenches and relics.

Before my war obsession, I wasn’t aware of the effect the war had on Milan, and even on my neighborhood. Yet all over the city streets and piazzas bear names commemorating Italy’s role in the conflict.

Although Italy was neutral in 1914, France, Britain and Russia convinced it to join their side in 1915 by dangling the prospect of territorial gains at Austria’s expense if their side won. Italy agreed and signed the Treaty of London. At the postwar Versailles peace conference, it received Friuli-Venezia Giulia and Trentino-Alto Adige as well as parts of what later became Yugoslavia and are now Croatia or Slovenia.

Much of Italy’s fight was a high-altitude “White War” in the Alps. Austrian and Italian troops faced off across a twisting frontline delimited by mountain peaks. Hostile weather and jagged terrain made re-supplying troops almost impossible. As a result, Italy’s version of trench warfare was at least as brutal as the Western front version — Italy lost more than 500,000 soldiers in the war.

But back to Milan’s role in the remembrance.

The city’s involvement begins where most visitors arrive, the main railroad station. The Stazione Centrale sits in Piazza Duca d’Aosta, named for Emanuele Filberto di Savoia, cousin of King Vittorio Emanuele III and duke of the Aosta region, who commanded Italy’s Third Army from 1915 to 1918. If you take the tram from the Central Station, you board in Piazza IV November, which marks the November 4, 1918 armistice between Italy and Austria. Italian chief-of-staff Gen. Armando Diaz signed the pact and later had a piazza next to Milan’s Duomo named for him.

Once-upscale Piazza Diaz was created during a 1920s urban refashioning, but these days the name of Gen. Luigi Cadorna is more familiar. There’s the Cadorna metro stop and terminus of the Malpensa airport shuttle.

Notoriously harsh and wasteful, Cadorna was Italy’s chief of staff for most of the war. He regularly had deserters shot and led 12 inconclusive battles along the Isonzo River. He lost more than 250,000 men in four failed attempts to capture the town of Gorizia. In 1917, Austrian and German troops broke through the Italian line at Caporetto and pushed it back to the Piave River, near Treviso. The humiliation led to Cadorna’s ouster and his replacement with the more humane Diaz. The Caporetto rout — in which as many as 40,000 Italian troops died and 275,000 more were captured — is described vividly in “A Farewell to Arms.”

Nothing in Milan is named for Caporetto.

Diaz crowned his career and saved Italy at the 1918 battle of Vittorio Veneto, in which the Austrians were pushed back. Both Milan and Rome received avenues as a result, the latter at the heart of Dolce Vita life. Milan’s Viale Vittorio Veneto is among a ring of avenues circling the city center and connects with Viale Piave, named for the “sacred” river where the Austrian incursion was stopped.

On the same ring is Viale Premuda, named for an Adriatic island where the Italian navy sank an Austrian warship in 1918. Other “ring” avenues (viali) recall mountaintop battles: Sabotino, Monte Nero, Monte Grappa, Pasubio, Monte Santo and San Michele del Carso. Monte Nero was captured by Italy in 1916. Monte Grappa was where the Italians didn’t cede ground during the otherwise disastrous Caporetto episode. Another circle of avenues includes Viale Isonzo.

Although these streets recall key moments in Italian history, much of the geography itself is no longer Italian. In 1947, in the wake of World War II, Monte Nero and Monte Santo became part of Yugoslavia. Piazzale Istria, Viale Zara and Viale Città del Fiume (parallel to Viale Vittorio Veneto) — all World War I Italian prizes — also went to Yugoslavia, later becoming parts of Croatia and Slovenia.

Not only the war’s leaders are remembered in Milan. Piazzale Baracca is named for Count Francesco Baracca, whose 34 kills ranked high among Allied fighter aces. Via Locatelli, a side street of Via Pisani (the avenue leading to the Central train station) commemorates another ace, Antonio Locatelli.

Much as I’d like to overcome my obsession with World War I, I have a tough road ahead. My two homes in Milan have been on Viale Piave and Viale Vittorio Veneto.