The hell of it all 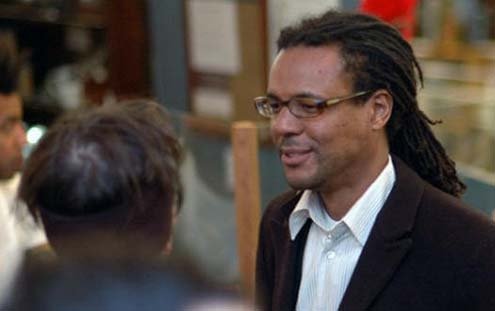 “Each state is different,” the first station agent warns her. “Moving through them you’ll find the true face of America.” Cora will soon discover that racism takes many forms, some insidious. Hers will be a long odyssey, with each new stop producing its own reason for a quick get-away.

Cora is in constant peril — from bounty hunters, slave catchers like Georgia’s Arnold Ridgeway, and even amid enlightened citizens who see the murder of a negro as a form of entertainment.

Before zooming out into the bigger picture, Whitehead wisely builds Cora’s backstory, beginning with a deliberately spare but still blood-curdling account of her plantation servitude. This establishes her intuitively moral character and firms up her heroine status.

All she knows of her history begins with her African grandmother Ajerry, who after repeatedly being auctioned off as “merchandise” finally arrives at the Randall brothers’ Georgia plantation. Here, punishment means a good whipping until flesh opens to expose the bone. Ajerry bleeds to death in the cotton rows, but her daughter Mabel will follow a yearning for freedom shared by all slaves — even at the expense of leaving daughter Cora behind.

As a defenseless orphan, Cora learns that surviving plantation life demands resistance and endurance. Even when, as a young teen, her black overseers decide she’s “ripe now.” She’ll always remember how fellow women worked to medicate and “sew up the damage.” In future flight she’ll travel with male companions and partners but not lovers. It is physical and emotional solitude born of fortitude and unbending determination.

A white abolitionist leads Randall slaves Cesar and Cora to the Georgia underground platform. Like all the fantastic stations she will pass along the way, it has dream-like oddities that help endow novel with a fabled, vaguely mythic quality.

On a rickety train, through a dark tunnel, the two escapees arrive in South Carolina. There, Cora is officially re-named Bessie Carpenter and given forged papers declaring she’s been purchased by the state. They entitle her to live in South Carolina’s controlled, “enlightened system.” In return for a job with a white family, now-Bessie gets scrip, bunk and board in a dormitory for black women. Although hers is a segregated life, it’s more freedom than she’s ever known. Until she learns that the state’s black “properties” are subject to dangerous surgical experiments. Sterilizations are routine and mandatory for black women who’ve already had two children or are deemed physically or mentally disabled. South Carolina helps the “naturally disadvantaged” Negro race by selecting the new black generation.

As Cora reflects on the realities of South Carolina, Whitehead suddenly interrupts her tale. Enter a chapter on slave-catcher Ridgeway, contracted by the Randall brothers to hunt down Cora and Cesar. It’s a significant narrative device because it allows the recounting of slavery’s realities beyond the limits of Cora’s vantage point.

Whitehead brilliantly splice genres by introducing some fantasy railway episodes that evolve into nearly self-contained short stories, each one centering on a figure from the larger novel. Like the use of Ridgeway, they help elaborate America’s vast anthology of racist perversion.

So it is we learn that Arnold Ridgeway endured his father’s taunts as a child. He had become a fierce slave-catcher to “proves his spirit.” He proudly roams as far north as New York to abduct fugitives. To him, these people are no more than “lost property.” Since Ridgeway was once called on to find fugitive Mabel, Cora’s mother, and failed, the capture of her daughter and companion becomes a manic obsession.

Just as Ridgeway closes in on Cora, she escapes to North Carolina, where she witnesses yet another side of the slave trade. On a tree-lined road she sees lynched Negroes hanging from leafy branches “as rotting ornaments.” King Cotton is greedy for workers and blacks far outnumber whites in cotton-producing states. North Carolina’s plan is to import white indentured servants, hoping to affect the extinction of the Negro.

Next up is Indiana, where a black abolitionist speaker puts words to Cora’s fraught experiences while adding Native Americans to those under the white yoke”. “The white race believes — believes with all its heart,” he says, “that it is their right to take the land … to kill Indians … enslave their brothers. This nation shouldn’t exist … for its foundations are murder, theft, and cruelty.”

Whitehead follows Cora a bit farther, to a wilderness trail where she hitches a ride on a covered wagon. To Canada? To California? Wherever it is, this powerful and haunting figure stubbornly aims to find freedom, at last.

Colson has not only written a superb novel but also an unrelenting indictment of the two crimes — slavery and the erasing of Native Americans — on which the modern United States is founded.