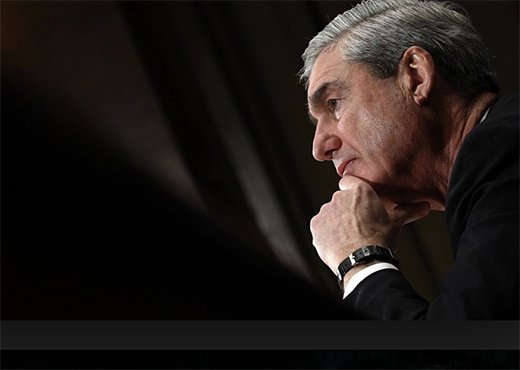 Liberal critics of Donald Trump placed entirely too many eggs in Robert J. Mueller's basket.
I

n the crude tap-dance that animates the vindictive side of politics, having an enemy under investigation as a potential crook is a neat and nasty bit of luck. It’s a horse to ride, and whip, all the way to the finish line, which based on the odds alone you’ll cross first.

But woe betide you if the promised land horse fizzles, stashes of house money with it.

Letdown doesn’t even begin to cover the mood of the U.S. Democratic Party after a report many thought was due to further blemish Donald Trump cleared him instead. No, he did not conspire with Russia to rig the 2016 elections, or so concludes Special Counsel Robert J. Mueller, once the savior-in-waiting of the anti-Trump establishment. His acolytes, who all but cheered when he indicted two of the president’s men, are now dismayed, if not defanged.

It’s a humbling lesson in eggs and a basket, as in never putting the sum of all you have in one place. It’s also a reminder that vendettas are best left in the hands of those who know how to orchestrate them, and Trump is stubbornly better at this than his rivals ever will be. He’s a professional survivor with a host of upmarket street skills honed over decades. He swears by boss-man tactics to demand loyalty he largely gets.

Not one word of this is at all new. What has changed, however is the scenario of his ouster, a process that for many liberals was expected to begin with scathing words from FBI man Mueller, who seemed at times to have a target on Trump’s back.

With Robert Mueller out of the picture, the burden of Trump’s mostly East and West Coast haters has suddenly been made politically specific: find (or chisel) a candidate who can woo those voters who in 2016 sided with the unconventional Republican…

No such luck. And luck would have needed to play some role, since veteran schemers rarely leave paper trails (proving Hilary Clinton — she of the email scandal — was either a poor schemer or a naive politician, or both).

With Mueller out of the picture, the burden of Trump’s mostly East and West Coast haters has suddenly been made politically specific: find (or chisel) a candidate who can woo those voters who in 2016 sided with the unconventional Republican in protest, but have since soured on, in his tone and blunderbuss methods. There is no winning over hardcore Trump loyalists who still revere him as an anti-politics politician unafraid of irrational outbursts while trusting in his instincts alone. They are his people, and like brand or show, they’re sold on him for life.

Less “his” are those who found Clinton unconvincing, if not disagreeable, and who given the choice between continuing down Barack Obama Lane and changing neighborhoods chose to bolt, giving Trump his electoral college edge. Many of these people are in states like Pennsylvania, Ohio, Michigan, and bits of the southwest. On paper, their allegiance to Trump is not cast in stone and will depend, at least in part, on who runs against him. That’s tricky since Trump has positioned himself as an anti-doer, making the task of any mainstream opponent that much more difficult. Running against a loose canon is hard, as Clinton learned the hard way.

But if forced into a contest with another anti-hero, call it “the improbable known vs. the improbable unknown,” the newcomer might just thrill the newly undecided and produce a sudden groundswell — that which Obama did against all odds in 2008.

Mueller’s absolution (though it fell far short of that) may be a blessing in disguise in that it may force Democrats still mired in the Barry Sanders-Clinton debacle to set aside suicidal squabbling and work to settle on a candidate who can earn consensus support among all Democrats while also possessing the wit and ferocity necessary to do battle with the limelight-hogging Trump, who is as much an entertainer as a statesman and knows how to work crowds by keeping things loud and simple.

Whatever lies ahead over the next 18 months it is likely to drip acrid, since 21st-century debate can often feel like screwball comedy made mean.

Soon, American will learn if the Trump’s first term was a needed rite of passage, an aberration to reset the clock, or if the clock itself has stopped ticking, replaced by something that glows in the dark well beyond any decent hour, perhaps because decency is no longer built in.