The Greening of Varese Ligure 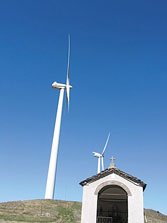 arly in the1990s Maurizio Caranza, then mayor of the Ligurian municipality of Varese Ligure, worried deeply about the future of his hinterlands community. Unemployment was widespread, essential services were faltering, and citizens were leaving in droves for nearby Genoa and La Spezia. Many locals already commuted to jobs in factories in nearby Sestri Levante. By the late1980s the inhabitants of the municipality, composed of 27 rural hamlets, had dropped from over 6,000 to 2,200. “The place was slowly dying from depopulation,” recalls Caranza.

So he decided to test the mood of unhappy locals with a practical question: “If public administration gets public funding to redo the roads, the sewers, the aqueducts, and the lighting, will you, in return, repair and renovate your house?”

Caranza wanted to know if locals would consider rethinking the future. Why not turn the available land, which was rich and arable, into an environmental hamlet? Why not build a new economy based on ecology and an emphasis on cultivating organic goods? Caranza was convinced that the factors leading to Varese Ligure’s decline — isolation, lack of industry, the decay of residential property, and inadequacies in farming equipment and technique — could be parried into strength, and eventually into local prosperity.

A third of the local inhabitants, Caranza knew, were farmers: their cows grazed in the open because there were no subsidies for processed fodder. Such open grazing, if exploited shrewdly, could make for purer foods, attractive to consumers increasingly interested in ecological produce. The land was also untainted by industrial pollution. Unspoiled valleys, woodlands, olive groves and hilltop villages were everywhere. Real estate prices were low. The town of Varese Ligure, where the comune offices are located, also had a quaint center with the medieval Borgo Rotondo. This could mean tourism.

To illustrate Caranza’s extraordinary powers of persuasion, the current Mayor Michela Marcone says of her predecessor, “He could talk to a stone.” Marcone took over from the 65-year-old Caranza last year following a new law barring an incumbent mayor from serving more than two consecutive terms.

Though Caranza’s appeal did not reap immediate dividends — overcoming local stubbornness and resistance proved difficult — he won followers and advocates. The intervening years have witnessed Varese Ligure’s evolution into a model eco-community honored by the European Union and Italy. Agricultural tourism (agriturismo) has boomed. Tourism has tripled in a decade and now operates year-round. Caranza estimates the eco-economy has created 140 new jobs in the agriculture, food, tourism and service sectors. The exodus has stopped. With 2,400 inhabitants, Varese Ligure is now among Italy’s largest municipalities — there are 15 new births annually and some 50 children in the local kindergarten, which once seemed doomed to close. The family-run Hotel degli Amici is open all year and farm holiday houses, bed and breakfast spots, restaurants and bars have sprouted up. The Val di Vara area where Varese Ligure is located now is known nationally as Valle del Biologico (Organic Valley).

“It’s been difficult,” Caranza admits, “because inland areas are not very popular in Italy so they must have a very strong identity if they’re going to attract people at all.”

If Caranza’s impressive accomplishments reflect a successful gamble, they also demonstrate effective planning and an astute understanding of evolving European priorities. Caranza put some of his municipal proposals to the European Union, which had grants for eligible agricultural projects. The EU liked what it saw in Varese Ligure. Among EU-assisted projects are 21 new aqueducts, each fitted with sophisticated ultra-violet equipment that sterilizes water at the source, eliminating the need for chlorine. The EU also funded two water purification plants, two giant wind turbines, and helped subsidize citizens seeking to renovate century-old homes.

But most of the cash for the rebuilding, remarkably, came from local citizens. A psychological factor was at work, says Caranza. “If you go to someone’s house and it’s much nicer and cleaner than yours, then when you go back to your home you realize that you want to improve it too,” he says. As improvements came, citizens became competitive. While only a few dozen of the municipality’s inhabitants bid for renovation at first, the number recently surpassed 200.

The wish to renovate and rebuild, says Caranza, came naturally. “You must keep in mind,” he says, “that for every lira we put toward renovating the old borgo, another four came from the citizens themselves. It may seem strange but the strength [of our efforts] was in the creation of this synergy.”

It’s difficult to believe that the loquacious Caranza, whose speech liberally mixes hard facts with socio-political jargon, is a born and bred local. This is an area where people are reluctant to speak in public or to strangers. But the election numbers would suggest Caranza speaks for everyone here. His center-left environmental party, Varese 2000, an amalgam of disaffected Communists and Christian Democrats, has polled over 65 percent of the vote for 15 years — in a country where conventional green parties rarely surpass 1.5 percent in national tallies. The figures are also impressive given Caranza’s visionary plans. In June 2004, the mayor, deferring to law, stepped aside to let his younger ally Marcone take over. The two now work closely together.

Getting local farmers to switch to and to stick with costly and detail-oriented organic tilling methods remains a challenge. “This is a poor area,” says Caranza, “so no one had the money to use fertilizers or anything else.” Change was urged based on explaining how it could yield economic rewards. Caranza and his deputies explained that organic agricultural products could be sold at higher prices and without the presence of wholesalers and intermediaries. He told farmers the EU had grants to help subsidize organic farms. The rate of local organic breeding and farming in Varese Ligure is now at 95 percent. Two cooperatives, one producing mostly organic meat and a second dairy produce, have started up. “Going organic has given our products added value,” says Mauro Figone, who belongs to a meat cooperative called “Carni San Pietro Vara.”

Why would an innately conservative community with simple agricultural roots accept such an overhaul? Economic survival was clearly the driving force, but Caranza also cites an instinct toward thrift that is in the region’s DNA. “We Ligurians are exceptional at saving,” he chuckles. The roofs of the municipal council building and the secondary school are fitted with photovoltaic panels that provide both energy and heat. The two striking wind turbines installed on a promontory about an hour’s drive from Varese Ligure produce four million kilowatts annually, enough for 8,000 people, far more than the population.

The municipality receives E30,000 annually for making the additional energy available as a result of an agreement with the company that operates the wind “farm.” Two more turbines are on the way later this year. Their output will provide more carbon dioxide-free energy and bring more assets into municipal coffers.

Caranza’s principal asset may be his insight into how European and regional bureaucracy can be made to work for a municipality. He learned, for example, that a municipality could obtain the same environmental certification as a business. Varese Ligure became Italy’s first ISO 14001 — the international benchmark for environmental management — in October 1999. A month later, the municipality was first again: this time, it was registered under the EU’s Eco-Management and Audit Scheme (EMAS), opening the door to financial incentives. “Many public administrations don’t even know that these provisions and schemes exist,” Caranza says. “I think there is an interest in not letting people know about them.”

In January 2004, the European Commission honored Varese Ligure as the “most eco-compatible rural community in Europe,” based on the originality of the administration’s project for sustainable development. Caranza arrived at the Berlin awards ceremony with a suitcase full of local cheeses, all entirely organic. He compared the event to a graduation, only this graduate was Varese Ligure and it had earned top honors.

The “Varese Ligure effect” has been felt elsewhere. Since Caranza put his municipality on the environmental map, 40 other Italian provinces and municipalities with the same challenges have obtained European certificates for environmental management. They are assembled under an umbrella association known as Qualitambiente and presided over by Caranza.

Yet these marginal and often marginalized communities remain fragile. Caranza once evocatively likened his community to “a transplant patient about whom you worry at the slightest cough.” It would take little, he knows, to undo the fine balance, which depends on the ongoing popularity of organic food and agricultural tourism.

Of greater concern in the equation of sustainable growth is the alarming lack of younger farmers. An organic yogurt factory that opened recently in Varese Ligure can’t get enough local milk, so it turns to Tuscany. Michela Marcone points out another worrying trend: “farmers’ children are embarrassed about what their parents do,” she says. Single farmers can’t find wives. The ever-pragmatic Caranza suggests the solution could come from abroad, through immigrants wishing to become farmers or marry locally.

“Going organic has allowed local companies to stay in the area. What we need now are further attractions, other reasons to stay,” he concludes. “That’s the only possibility for the future.”

About the Author: Giovanna Dunmall

Giovanna Dunmall is half-English and half-Italian but grew up in Belgium. She first moved to Italy to do an internship at international bimonthly magazine COLORS in 1998 and soon became an Associate Editor there under the brilliant but highly irascible Oliviero Toscani. In 2006 she moved to London where she started writing about her long-time passions — green issues and ethical consumerism — and supporting several new magazine launches and small, independent publications.