The greening of a hitcher 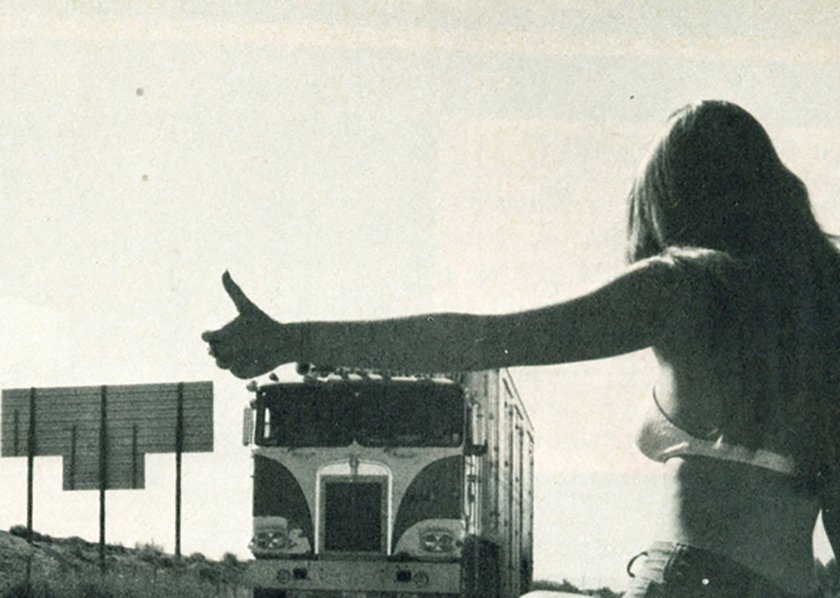 Before concerns about personal safety made it less popular, hitching a ride was a commonplace.
I

was hitchhiking the other day and a hearse stopped. I said, ‘No thanks, I’m not going that far.’ • American author Stephen Wright

With the conoravirus panic dominating all thought and emotion, I thought it nice to reminisce about travel the way it was before this madness consumed the world, and in particular one way of travel which I think will disappear: hitchhiking.

In 1975, I was 17. During the last half of senior year in high school, students could skip classes with a valid “senior project,” a euphemism for devoutly helping someone accomplish something a few hours a week. You could then goof off.

I slipped my way into a program at Roswell Cancer Institute as an assistant to a Japanese doctor visiting the Buffalo, New York center from Tokyo. His speciality was myocardial infarction commonly known as a heart attack. I did not ask just what this cardiovascular specialist was doing at a cancer hospital. It got me out of school and that was all that mattered.

Each weekday morning, I spun vials of blood in a centrifuge for Dr. Keichi Hashimoto, a kind and generous man who became my friend. Not long into spring, he told me he’d be going to UCLA for the second part of his study and asked me if I would drive his car from New York to California, as he’d be flying West with his family. How could I say no?

My girlfriend was still in school so I set out alone. Once on the road, I bounced as far south as New Mexico, and as far north as Idaho. Evenings, I’d find an interstate rest stop, grab my sleeping bag, and find a spot in nearby woods under open sky (and rain). As I rested I heard the sound of massive trucks as they growled by.

Each weekday morning, I spun vials of blood in a centrifuge for Dr. Keichi Hashimoto.

Ten days later, I arrived in Los Angeles, tired and happy. I spent a week with the good doctor and his family, his wife a charming and beautiful woman who did not speak English (I spoke no Japanese), and his four-year-old son, an energetic ball of noise.

I soon noticed both parents constantly saying, “Nani? Nani?” to the boy. I asked the doctor what it meant. Our short exchange became an Abbott and Costello routine.

“Nani, what does it mean? You keep saying it.”

“No! It means, ‘what,’” said the doctor. “The boy drives me crazy with questions!” His father repeatedly replied, “What?”And we both laughed. Kids are the same everywhere.

Came the time for the doctor to drop me off in LA, and I chose a spot near the UCLA campus. From there, I’d try my luck hitch-hiking home. I shook Keichi’s hand and he pressed it. “You will be okay?” he asked. I reassured him several times. He doubted me, but drove off.

I had 2,800 miles ahead of me and at that moment the prospect alone was terrifying. In good conscious, I can tell you that a lot of what happened, but not all of it, was fun.

Not ten minutes waiting, thumb out, I was picked up by a battered Mercedes. The driver was also a doctor, of philosophy, from Iran, on a yearlong visa to UCLA. (Back then, pre-Islamic Revolution Iran was an ally, run unfortunately by the despotic Shah Mohammad Reza Pahlavi, deposed in 1978. How times change.)

He drove me to San Francisco, a trip that would usually take about 10 hours but the way we took, it lasted 14. He had to stop every hour to pee. While he stood at the side of the road doing his business, he’d yell jokes to me, jokes so bad they were hysterical, and we’d laugh for hours. He left me in front of a hostel, in darkness, a frosty mist in the air. He shook my hand and wouldn’t let go. “You are sure you will be fine, my friend?”

He left me in front of a hostel, in darkness, a frosty mist in the air.

And so it went.

There was a single woman in Nevada with four huge dogs that wouldn’t stop licking my neck — this went on for several hours.

A family with three kids in a Volkswagen bus drove me through Colorado and Kansas.We discussed the country, then coming apart at the seams. The war in Vietnam has ended in a humiliating way, the economy was in shambles, and the Watergate scandal had caused the resignation of Republican President Richard Nixon.

The trip took two days and sleeping with them in the back of the van felt to me like the very definition of weird. But like all those I encountered, they were remarkably kind to a teenage boy unsure of his future and returning home with $37 in his pocket.

The worst stretch, the final one, was hardly a disaster. From Chicago to Cleveland I traveled with a man whose politics made Nazis look politically correct. I nodded, and kept my mouth shut. He had promised to take me to Erie, Pennsylvania, but by Cleveland, I’d had enough of his racism and rightist ranting, and begged off with thanks. I spent two rather bleak days in Cleveland waiting for a ride that wouldn’t come. No one picked me up. I bought a bus ticket home with the last of my money.

Social distancing makes hitchhiking impossible now. Pity. I can’t think of a replacement for the experience of being thrown together in tight places with strangers, learning to be social, kind, polite, accepting and adapting to those around you in ways you wouldn’t normally be called on to embrace.

It’s a lesson in tolerance and communication, a class more of us should frequent in these polemically-charged and virally ruled times.