The greatest of blunders 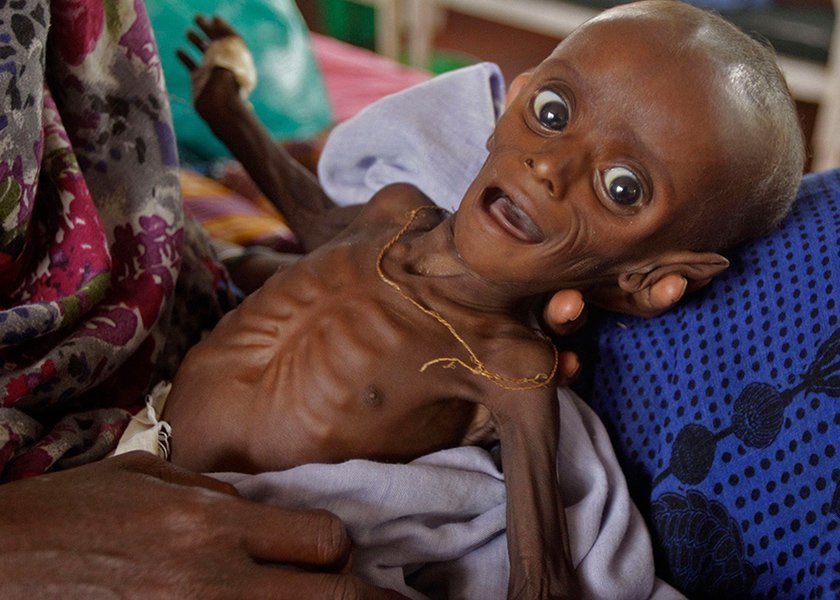 According to UNICEF, an estimated 5.3 million African children under age five died in 2018. Resource-draining COVID-19 will only make things worse.
C

ivil war continues raging unabated in Syria, with the murky conflict in its ninth year. Some 3,500 noncombatants have died since January 1 and the overall civilian death toll is estimated at nearly 600,000. For a while that country’s now invisible anguish captivated the public imagination, mostly for the refugee crisis it provoked. More than 7 million have been displaced and the global refugee count tops 5 million. The Somali civil war also continues with a cumulative (and ever-mounting) death toll of half-a-million. The Mexican drug war has left more than 140,000 dead since 2006. The Iraq and Afghanistan wars still drone on, the small number of American casualties offset by the deaths of hundreds of thousands of civilians who have died at the hands of troops and warlords, pick your poison.

The United States has “boots on the ground” in 76 countries worldwide, “fighting terrorism.”

Tracking all this global horror has become difficult, if not impossible, since the coronavirus took center stage a month ago. COVID-19, Corona Virus Disease 2019, is by now the most common acronym on the planet.

Apropos, I found this tidbit quite funny: Saudi Arabia has declared a ceasefire in Yemen. It will stop its raids, at least for a while, so it can tend to its COVID-19 outbreak. Irony, anyone?

Death cannot be the only consideration when reflecting on what it means to lock people up.

The Saudi decision nicely illustrates a point I wish to make about the worldwide upheaval caused by the spread of a virus whose existence has managed to grip the global imagination.

Public policy depends on whose ox is being gored, and, to use the gentlest possible word, my views on the subject of the virus have been “opposed” by those who (very sincerely) have asked me how I managed to misplace my humanity.

What they’re most upset about is my view that the closure of the world economy will go down as the single stupidest decision in human history, and one of the most deadly blunders ever. This, to some, would seem to imply that I don’t care about the elderly and those especially vulnerable to the virus, which if it latches on to someone who is very old and very sick is almost always lethal.

To which I reply, not true.

My perspective is not ideological, political, and least of all inhuman. It has no similarity to what’s being peddled by the psychopath in the White House, along with his Fox News media allies.

That said, let me spell out why I believe the following:

To start with, I dispute the framing of global house arrest in either-or terms. By that I mean weighing personal freedom against social responsibility. That’s a dangerous approach.

It’s also nonsense because how to deal with the virus is not a heads or tails game, far from it. Many other options exist, most of them less dramatic and damaging than lockdowns.

The use of masks (not medical wraps) and gloves can cut transmission vectors by as much as 90 percent. Testing is another sore point. Two months in, testing kits are still in short supply. So yes, of course, quarantine the susceptible. That’s a must. It’s no fun, but neither is the virus. But after that, get on with it. Yes, adjust the world but don’t shut it down. This very policy is working all over the world in the continuation of “essential services,” and Britain, to its credit, is examining ways to expand this practice to involve wider segments of the public.

But if you do that, or so I’m told, “others will die,” as if lockdowns could somehow bring death to a halt. Well, sickness-unto-death is what happens during a pandemic. No matter what you do, people die. Use all the drones you want, but soldiers will still die in wars.

This brings me to my second point.

Death cannot be the only consideration when reflecting on what it means to lock people up. In Italy (I am in Florence) the government estimates one in five family businesses will never reopen after the virus threat abates. That means ruin for millions of people, since this is anything but a chain-food country. Multiply the Italian situation globally and it’s anyone’s guess how many hundreds of millions of livelihoods are at this moment being destroyed.

Worldwide, mental health is deteriorating at an alarming rate as depression rises. Suicides are up, and loneliness is an insidious disease of its own. Domestic violence rates are skyrocketing. In one week alone, New York City saw a 20 percent increase in domestic violence calls to police. Women have flooded British municipalities with pleas for help. Hundreds of thousands of women and children are being beaten. Locked in people are frustrated and many don’t know how to control themselves.

But hey, by all means, use every resource available to save a 100-year-old Italian woman who spent 20 days in intensive care.

Quality of life, not quantity of years, people. In a world of shrinking natural resources, hard choices lie ahead.

I have nothing against the 100-year-old woman, or anyone else for that matter, but she leads me to my third point. The quarantine will end up killing a lot of people, most of them young, a fact quarantine advocates avoid like the plague (pun intended).

Most of the COVID-19 lockdown orders haven’t been applied using democratic channels.

On Friday, April 10, it was reported that more than half the food and medicine scheduled for deeply impoverished areas of Yemen won’t arrive. Why? Worldwide shipping and air support has all but collapsed, and donations to many food and medical volunteer organizations are plummeting. Funds earmarked for research on other killer diseases are being redirected to COVID-19. Available cash resources are headed in one direction only, and available cash will soon become scarce.

As the developed world focuses on its woes, tens of millions can’t afford to feed their families, let alone others.

Wait for the numbers. Yemen is just one country. There’s also North Sudan, South Sudan, east Mali, and so on. Every day, for decades, between 8,000 and 10,000 children (I’m not even including adults), most under 5 years of age, die of starvation. That number will skyrocket along with the number of starving children.

Which leads me to ask, where the hell were all the “We’ve got to save Nana and Grampy” people while starvation piled up? Not a word from them until a month ago.

Now, words such as mine, serious concerns about the potential destruction of the world economy, which means more death and disease, is taken as an offense to their elders.

And now it’s time for me to get around to war, which is where I really get to pull in my ox. Take rabid Italian mayors frothing at the mouth about the need for quarantines. It’s their Nana and Grampy on the line. They couldn’t care less about starving kids in Africa and can’t even begin to comprehend war.

I’m hitting a deep nerve here, so I’ll hit it hard and clean: Their response is a matter of race and class.

As white, generally affluent people shut down the world, nonwhites and the poor will be left to suffer mighty consequences from Africa to the boroughs of New York.

In my view, those who support quarantine policies support a mean-spirited position that will decimate those who evidently don’t count. There, I said it. This virus could have been responded to sanely, thinking before imposing drastic measures. But both government leaders and an acquiescent public swept sanity aside. They failed the world, and betrayed those who already live in the most dire circumstances.

Finally, to those who say, “We’ll get through this!” as if to say in a few months or years we’ll return to the world as we knew it before, put that thought to rest. Americans never fully got back the personal freedoms they surrendered in the wake of the 9/11 terrorist attacks. Most of the COVID-19 lockdown orders haven’t been applied using democratic channels. Since early March, it’s been life by state or national order or decree (maybe you like state of emergency better). And about that cackling sound you’ve been hearing in the background, ignore it if you want. It’s just George Orwell, laughing.