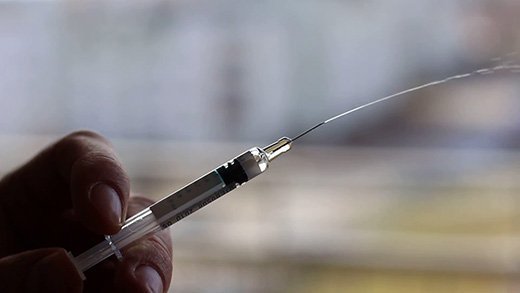 For acute allergy sufferers, one shot can be a lifesaver.
A

llergy emergency, take one: Charles was on vacation in Tuscany when he got stung by a bee, felt his throat start to contract, and headed for the nearest pronto soccorso, emergency room. They recognized impending anaphylactic shock and knew there was only one way to be sure it won’t be lethal: a shot of adrenalin, which starts working in seconds.

The docs gave him the injection, Charles felt better, and he remained under observation for the rest of the afternoon. It was ordinary modern medical care and he went home that afternoon.
Allergy emergency, take two: Margherita knew she was horribly allergic to nuts. The scoop for her coffee and coconut gelato must have first been dipped in hazelnut or walnut flavor, because the moment she started nibbling she felt her chest begin to tighten up. She immediately headed for her local hospital, where things started going sideways. The ER chief didn’t believe in adrenalin. Instead, she got a shot of cortisone, which doesn’t rake effect for hours. By the time the medication did kick in, Margherita was struggling to breathe. She was lucky. She survived the ordeal and told me about it.
In the first decades I spent here, the anti-adrenalin school held sway throughout Italian emergency rooms, at least in and around Rome. None even stocked the life-saving stuff. But things have improved considerably over the years, and most ER patients who badly need that magic shot of adrenalin usually get it.

Though we’re well into the 21st century, I’d estimate only one in six Rome emergency room’s has adrenalin on hand.

Yet though we’re well into the 21st century, I’d estimate that the bad old policy still holds fast in about one out of six ERs – which means Russian Roulette for anyone who might be going into anaphylactic shock. It’s one of those eternal Italian mysteries, which includes why secretaries always tell you to call back instead of taking a message.
Last month a patient provided a scary new twist on the allergy theme. Her throat began constricting at 3 a.m. so he rushed to an ER, walked up to the glass barrier with her head tipped backward (the only any air got in), and told the triage nurse she couldn’t breathe. The nurse instructed her to sit in the waiting room. Three hours later she and all the 15 other supplicants had not seen even the shadow of a doctor. Since her throat still hadn’t closed altogether, my patient figured she’d live, and went home.
Moral of the story: if you’re visiting Italy and know you have a potentially life-threatening allergy, be sure to bring along an up-to-date Epipen. Locals can obtain the equivalent free at public hospitals, but it can be very difficult to find one being sold in regular pharmacies.