The good, the bad, and the femme fatale 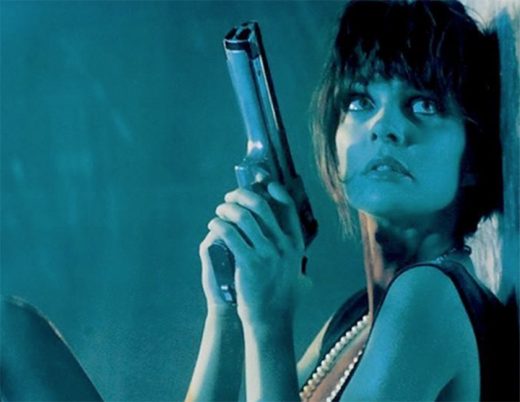 sabelle wasn’t in the script. In pondering how things would play out with my promise-a-second Paris client, I hadn’t anticipated this nervy French redhead, a lead character who could steal whole scenes, and me with them.

But there she was, diva and devil, and whoever made her up deserves an Oscar.

The Paris client had booked two escorts to date for 10 days of dates, travel, luxury accommodation, and gifts built into the seemingly lavish package. He seemed to know just what he wanted.

Still, this job can occasionally make you feel like a menu item picked out by children of a lesser god not yet ready to deal with the adult women they’ve chosen like ice cream cones.

Booking two companions isn’t a particularly eccentric order, but 10 days of close contact means both sides had better have reservoirs of patience. Since only one side has deep pockets, the potential problems are obvious.

My homework suggested this client was generous and committed. He’d fronted a 3K deposit and made all the arrangements without a fuss. He’d also offered Bulgari jewelry — and Parisian shopping — as an additional incentive. And Paris is hard to turn down.

So off I went, already knowing I’d be joined by a second woman once I got there.

The story started smoothly, with a 5-star hotel and a top-notch dinner. He was

anything but a prince of charm, but I kept my cool by focusing on the the 10K payday at the end.

In an escort situation, you’re the rental. A red Ferrari, but still a rental. Which means you don’t get to choose the driver, let alone insist on seeing his license — a power arrangement my independent side chafes at.

At times, this job can make you feel like a menu item decided on by children of a lesser god.

Meet Isabelle, my partner, or “duo,” who walked on stage by way of Madrid, where she’d just spent a few days with an American celebrity chef fond of red hair and French accents.

So the game was on: client, dinner dates, “romantic” interludes — though a sense of romance couldn’t have been further from this needy, greedy man-child who treated us both like adolescents he didn’t want to let out of his sight. He behaved as if he’d hired not only our time but our personal space. It made me imagine an eight-year-old who won’t part with his precious toys because, after all, he’d paid to play with them.

Or had he? A few days in came the first red flag. When payment came up he mentioned “banking issues.” A

In escort work, lavishness and lies often coexist. Detail from a photo by Guy Bourdin.

t that second I soured inside, the way you do when the wind shifts, the sky darkens, and you know there’s a thunderstorm in the making. You could have brought an umbrella but you were so sure it wouldn’t rain. My turmoil deepened after an obligatory sex act I can only call gross.

Yet none of this seemed to phase my comrade-in-arms, Isabelle. If I felt like tossing the script and running for cover, she stuck to her act and made sure the show went on. That’s what pros do, but she did it with rebellious, untouchable flair. I admit it: I was smitten.

When our client’s first check bounced, I snapped. I felt cheated, used, angry, and emotionally battered.

Not Isabelle, who again calmed me down.

In her thirties, she’d seen things go sideways before. Panic didn’t suit the devilish free spirit that cavorted inside her Bohemian soul. Together we decided to stick with the client, shaming him if necessary.

There’s a French expression, Je m’en fous, which roughly translated means “I don’t give a damn,” but is actually pure defiance, as in, “Do it again if you want, because, from you, it doesn’t hurt.”

We grew close, the British idealist and the French maverick. We laughed and talked and spoiled ourselves at the client’s expense (at least we could shop).

Isabelle had no “off” switch I could find and reminded me of Anne Parillaud in “La Femme Nikita,” beautiful, tough. and disdainful of boundaries. No regrets. No remorse. No limits. Full throttle. If you want pleasure, in food, sex, material things, it’s up to you not only to get it but to revel in it once in hand. Spellbound, I stopped thinking about the vile client and soaked in her spirit instead.

The escort game almost inevitably pitches you up with the good, the bad, the generous, and the ugly. No matter how strict your screening process, losers fall through your protective meshwork. To me, people like our Paris client (who never did pay) deserve a cell in hell. You don’t cheat those powerless to call you down. Isabelle, though livid, just added him to her list of life experiences, pointing out they came with no satisfaction guaranteed.

Isabelle seemed to have been born without an “off” switch, constantly pushing herself to live life to the fullest.

As children, most of us are taught — I certainly was — that adversity exists to thicken our skin and make us more cautious and vigilant.

No one ever sold that to Isabelle. Only life on the edge gave her the room she needed to feel at home with the world.

After Paris, we flew to Prague where I licked my wounds and she took me here and there and everywhere. When I blamed myself for the client — how could I have been so stupid and naïve? — she cut me off.

To the fullest means to the fullest, no matter what, she told me, her accent ruffling the f’s. So often in the sex-work world, it’s the women who sweep you off your feet.

I’m in one piece now mostly because I believed her, this French daredevil who came out of nowhere to transform a story that began with the portrait of an awful man into a fable about solidarity, affection, and maybe even love.