The good, the bad, and (horrors), the correct 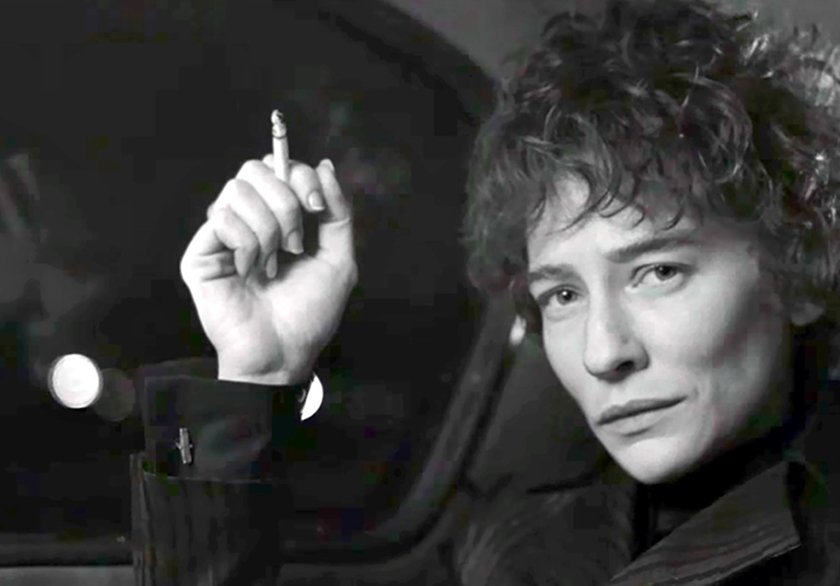 Cate Blanchett as Bob Dylan.
A

ll the world’s a stage,  And all the men and women merely players;They have their exits and their entrances, And one man in his time plays many parts…” • William Shakespeare,” As You Like It,” 1625.

Evidently, Bill, not so much anymore. At least not judging by the behavior of the Academy of Motion Picture Arts and Sciences, the organization that oversees the Oscars, which only weeks ago issued a new guideline, called Aperture 2025. This name may sound benign enough, but the substance of the document is another story. The so-called “aperture” policy is, in effect, a who-to-hire manifesto designed, it says, to “encourage equitable representation on and off screen.” Practically speaking, by 2025 at least 30 percent of any given American film cast must be drawn from “underrepresented groups.”

But such policies, at least to my mind, are a form of artistic tampering that, by their nature, restrict the potential of filmmakers. They cuff free choice in the name of enlightened censorship. To understand the full effect requires taking a step back into the history of acting, if not of the creative process itself.

In Shakespeare’s male-driven 17th-century, men barred women from appearing on stage. Men were called on to play women’s roles in dresses and makeup. It took centuries before the women’s emancipation movement finally pushed aside these restrictions, at least in the West. From today’s vantage point, 17th-century policies seem ridiculous, and they were.

But now, in a strange twist of back-to-the-future fate, the very same kinds of restrictions (or restrictions in the same spirit) are being earnestly introduced. Their makers see Aperture 2025 as as a necessary and progressive step to offset social imbalance and bias. What they choose not to see (or fail to) is that by “managing” art, artistic liberty, and what was once called poetic license, they are treading on sacred ground, since art is its own ecosystem.

This is nothing short of chilling.

Things like this risk putting Donald Trump’s railing against “cancel culture” in a good light.

This summer, the actor Halle Berry, withdrew from consideration for a role in which she’d be called on to play a transgender person, soon after issuing an apology for even having considered the part.

Earlier, the actor Scarlett Johansson had to quit the film “Rub and Tug,”after “trans groups and others” (as they were labeled by the media) complained that it was inappropriate and disrespectful for her to take the role of a transgender man. She also apologized.

What’s going on here? Where are the strong liberal voices decrying this abuse of artistic license? Where are the people who should be speaking out in defense of the arts as a place free of restrictions?

In creative endeavors political correctness is censorship. In writing, painting, music, or film, to hew to a thought, a word, or an image or to a moral or ideological slant is to immediately alter, if not force, the tone of the work under creation. It is just what art is not about.

The hypocrisy intrinsic to this kind of political correctness is fully in play in the 2019 reboot of “Hellboy,” that tanked at the box office. The IMDB listing for the newest entry into the “Hellboy” franchise, directed by Neil Marshall, contains two fascinating bits of trivia. The first reads: “On August 21, 2017, Ed Skrein was cast as Major Ben Daimio in the film. However, upon discovering that Daimio was portrayed in the comic books as a Japanese-American character, Skrein announced a week later that he was pulling out to allow an actor of Asian heritage to be cast instead.”

But the story quickly grows more complicated, which leads us to the second IMDB tidbit: “The role of Alice Monaghan, the red-headed Irish girlfriend of Hellboy in the original graphic novels, is to be played by Sasha Lane, an African-American actress, with the Irish parts of her character removed.”

Why no respect for Irish culture?

An internet acronym pops to mind: WTF? Things like this risk putting Donald Trump’s railing against “cancel culture” in a positive light (which is hard to say about such an otherwise deplorable figure).

Think on it. A primary function of art is to smash boundaries. This new policy does just the opposite.

More questions arise. Just how far does this policy extend, and who dictates it?

If such politically correct logic had been applied earlier on, the world would not have seen Dame Judith Anderson play Hamlet on the London stage. Cate Blanchett’s “Richard III” and her role as one of the faces of Bob Dylan in Todd Haynes’s 2007 “I’m Not There” wouldn’t have seen the light of day. The superb Glenda Jackson would not have been given the chance to take on the coveted role of King Lear, as she did on the 2019 Broadway stage. 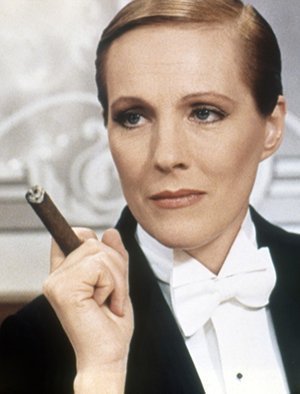 Julie Andrews in “Victor/Victoria” before the correctness storm.

Look at Shakespeare’s “Othello.” Many say only black men should play the role now (he is a Moorish officer in the play). That philosophy would have cancelled out Laurence Olivier’s 1965 film portrayal, which many consider a masterpiece. Does society really want to forgo a chance to see such a performance? Is that the price we must pay to correct the many biases the film industry swore by for decades?  Does the expiation demand a female 007?

If Scarlett Johansson and Halle Barry cannot play transgender characters, who then is allowed to play the character of the twisted and broken Richard III? Only disabled white males? Rubbish. Some of the finest performances in the history of film have come from artists “coloring outside the lines,” changing the tone of both plot and character, often for the better.

In 1937, Orson Welles staged his “Voodoo Macbeth,” a version of Shakespeare’s Macbeth (still preserved in part on film) set not in white Scotland but in black Haiti. Considered by many as a masterpiece, the project very nearly fell victim to the correctness prevalent in that openly segregationist era, with Welles denounced as a saboteur and a communist. Perish the thought that nonwhites could play Shakespeare. Yet just this kind of 1930s effort to squelch artistic freedom is on display today.

In 1982’s “Victor/Victoria,” Julie Andrews played a woman playing a man playing a woman, and won a Golden Globe for the performance. Two heterosexual men – Robert Preston and ex-American football player Alex Karras – played homosexual lovers. Critics, audiences, and the Academy Awards were delighted. Today, social media, as limiting as it can be expansive, would shred such boldness.

It is absolutely true that for more than a century prejudice has dominated the film industry, which has placed an overwhelming premium on heterosexual white males. Prejudice stopped the likes of Paul Robeson, a black man, from taking a role he would have graced.

Sure, there have been some exceptions, mostly on the eccentric side. Denzel Washington as the Italian Prince Don Pedro in Shakespeare’s “Much Ado About Nothing” was a treat, as was Robert Downey, Jr. as black Kirk Lazarus in “Tropic Thunder.”

At the same time, you’re forced to deal with the wrath of the “corrections” movement, as when Will Smith was criticized for taking on the role of the father of tennis stars Venus and Serena Williams in a film about their lives. Smith’s sin? He wasn’t black enough. Please.

To attempt to repair decades of shameful discrimination should not require the creation of further artistic barriers. Head that way and the new cure becomes as bad as the old disease.

Doors need to be forced open, not pushed shut. “Correctness vetting” shouldn’t come into play. The correction coin has two sides. If a cisgender person should not play a transgender character, then a gay person should be blocked from straight roles. The scythe of censorship cuts both ways.

Efforts to make art more diverse should focus not on exclusion but on inclusion. In Martin McDonagh’s 2017  “Three Billboards Outside Ebbing, Missouri,” Peter Dinklage was cast as a character, not a dwarf character.

That’s the key to the future: characters created by writers, actors, and directors that exist outside existing stereotypes and free of pressure from the endless directives and admonishments issued by social media, which has become society’s newest peanut gallery.

Acting that delivers depth and realism should come ahead of all else, untouched by debates over skin color, sexuality, ethnicity, or ideology. Creative culture should be free to pave its own way in the name of what should be the most equal and open-minded of employers, art.