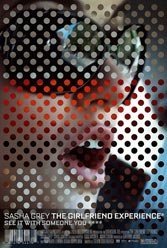 “Roman Holiday” this is not. At the same time, Steven Soderbergh novella-sized film about a Manhattan escort has a 21st-century poignancy that comes from having chosen the right woman on whom to focus, then-porn star Sasha Grey who plays Christine, a.k.a. Chelsea, an aspiring upscale call girl who in fact is no more upscale than her personal trainer boyfriend Chris, with whom she has a “committed” relationship. Grey is some respects an anti-Audrey Hepburn in a style-less time in which commercial insight passes for wisdom, self-promotion is considered an ideal, and neurotic urban jockeying the postmodern norm. Though laconic Chelsea already has a steady diet of rich clients — most of whom talk money and woe (these are the meltdown days of 2008) — she’s eager to make waves: go global or maybe open a boutique.

But when she half-falls for a client named David, her numbed world is briefly re-calibrated. A devotee of “personology,” the studying of people based on their data, David’s numbers seems to fit. Suddenly, if briefly, she’s hit with a girlish rush. But that’s where the short story pulls up lame.

As dramatic narrative, the film is inconclusive and stunted. As a sketch of an ambitious but unformed young women and her male orbit, it has a canny sparseness, a tribute to Soderbergh’s attention to Grey’s undulating smirk and the ambiguous emotions it implies.