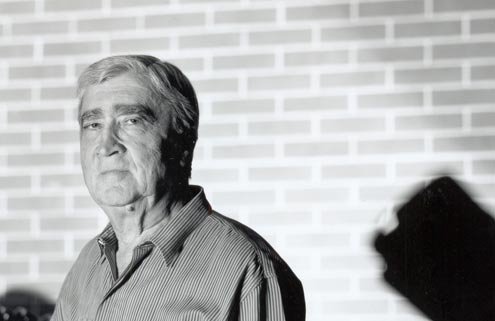 Bruno Giacosa is one Italian wine's grand old men.
A

t 83, Bruno Giacosa is a leading figure in a postwar group of men that proved beyond doubt that Italy could produce and sell some of the best wines in the world. The Italian upswing began in the 1970s and 1980s, when Giacosa’s generation — including Gianfranco Soldera, Giuseppe Quintarelli, Bartolo Mascarello, Aldo Conterno, Giacomo Conterno, Franco Biondi-Santi, Angelo Gaja, Mario Incisa della Rochetta and Piero Antinori — came of age and began perfecting their art.

Incredibly, Italy didn’t have a DOC-classified wine until 1963 and the prestigious DOCG label didn’t appear until 1980. For decades, the idea that Italian wines could compete with French ones for international attention (and fetch hefty prices) seemed impossible.

I recently attended a “vertical” tasting of Giacosa wines, led by Dante Scaglione, who has worked with Giacosa for two decades (a vertical tasting involves trying different vintages of the same wine type from the same winery).

Scaglione recalled that early in his career, when he’d discover some important aspect of winemaking, he’d turn to Giacosa, asking him: “Why didn’t you tell me?”

To which Giocosa would invariably reply, “I wanted you to learn it for yourself.”

We tasted Giacosa’s Barbaresco DOCG “Asili” 2005, 2001 and 2000 Riserva (all about €70), followed by Barolo DOCG Le Rocche del Faletto di Serralunga D’Alba 2004, 2001, 2000 (€185-210). Barolo soil is rich in clay and limestone while Barbaresco’s includes both of those plus sand. The sandiness in the Asili helps the same nebbiolo grape variety yield a more delicate, less tannic wine.

Scaglione said that 2000, a brutally hot year, led to full and fruity wines that received high praise, particularly in the United States (point scores of 97-100). Yet the tannins in those wines, he added, were actually slightly less elegant when compared to 2001. “Because it was so hot, we had to pick the grapes even though the phenolic maturation [the relationship between seed and skin maturation] had not finished in the skins, meaning that the tannins are slightly rougher.”

Each of the wines was superb, though they’ll improve with age. The Barbarescos are best after 10-to-25 years, the Barolos after 15-to-30.

After the tasting, I found a copy of Giacosa’s honorary degree speech. It contained any number of insights based on his 60 year of winemaking. Among them:

Rely on your nose: When Giacosa was 16, just after World War II, he began working in the cantina and traveling with his father to grape growers, where his father would select grapes to buy for the family winemaking business. He wasn’t allowed to drink or taste wine. His father made him rely completely on his nose. He still believes smell is the most vital wine sense.

Drink wine only with a meal: Giacosa has never drunk wine outside mealtime. He doesn’t think it’s healthy. Nor does it make sense, because wine is supposed to be paired with food. Its real essence and full value can only be appreciated with food present.

Develop a reputation for quality: When he took over the winery in 1960, Italian wine had no certifications. He only had his name and word of mouth reputation. He didn’t have money to buy his own vineyards so he relied on trusted grape growers with only the best grapes. It was his reputation, he says, that ensured he sold well in those early years.

Believe in the nobility of a career in agriculture and winemaking: Giacosa is convinced that vineyards and cantina work is truly satisfying, and not second-class labor when compared to modern office work. It deserves respect.

Preserve tradition but keep an open mind: He has never stored his wine in barriques, only botti grandi, traditional large barrels that age wines slowly. Nor does he add yeast for fermenting. In these and other ways, he is completely traditional.

At the same time, he’s adapted. As it became harder to find grapes of the quality he wanted, for example, he saved money and began buying his own vineyards in 1980. Traditional Barolo and Barbaresco came from mixing wine from various vineyards. He pioneered the making of Italian “cru” wines by using grapes from a single vineyard.

Keep bottles from the best years: Giacosa didn’t keep his own store of past wines, which he now regrets. It makes comparison and vertical tastings of old vintages impossible unless he purchases back bottles of his own wine.

Be adventurous: Giacosa regrets now being so focused on his work that he didn’t visit winemakers in other countries or even taste their wines. Youth, he said, should set aside provincialism and close-mindedness and sample the work of others elsewhere in the world.