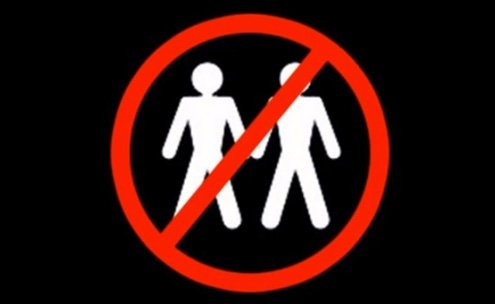 omeone once said it takes a village to raise a child, a saying I understand to mean that an extended family must work together to ensure the well being of the next generation. Though some may wince at talking about it openly, a family is also an economic body in which the giving of gifts, the passing on of heirlooms and inheritance are important ways to redistribute internal family wealth over generations. For many gay and straight people without children, nieces and nephews and their offspring can be obvious choices when it comes to heirs.

Our Cousin Enrico is an eccentric, single middle-aged gay man who spends every summer holiday with one of his nephews at Lago Maggiore. Prudent with money, Enrico has amassed a small fortune over the decades. He’s also devoted to family tradition, which means he’s painstakingly divvied up and willed his possessions and wealth to his nieces and nephews.

But given the pressures and demands a family with children face in today’s world, there’s often little time (and space) for an aunt or uncle to play a meaningful role. Above and beyond these practical limitations, the hetero-centric construction of the family is built in such a way as to often leave gay people in the shadows.

Although my Canadian family is far too proper and polite to openly reject me, most of my efforts to remain connected to them have been met with indifference. When my two nieces were born, my sister told me about it only weeks later. Every year I send them birthday cards with small gifts inside but I never hear back. I also sent family heirlooms their way; my father’s diamond ring and my grandmother’s china dinner set. Again, I heard nothing. When Alberto and I were married and asked if the two could be flower girls, my sister refused to let them attend the wedding. She said if anyone found out the girl might face teasing and bullying at school. I’ve never been invited to their home. Now that they’re grown up and preparing for university, I hardly know them. Three years ago when my parents and brother suddenly sold their apartment and moved to a new city without leaving a forwarding address or phone number, any tentative connections I might have had with my Canadian family were broken.

While Alberto’s Italian family is more present, we still remain on their periphery and have never found a workable way into the core. We’re of course always invited to family gatherings, such as Christmas and baptisms. And like most family gatherings, babies and children take center stage along with parents and grandparents. Meanwhile, Alberto and I sit at the very outer ring of the family unit and observe quietly.

We’ve invited all our nieces and nephews to dinner many times but, with the exception of one niece, the invitations have never been reciprocated. In fact, we’ve never even seen their new homes. For years, one of our nieces wouldn’t introduce me to her daughter (our grandniece) as uncle Mark. I began referring to myself as Winnie-the-Pooh as a subtle way to point out her mother’s oversight. When she didn’t get the message, Alberto passed on my displeasure and I finally received the title of uncle. Last winter, I heard that the girl, now six, had developed a fascination for skulls, so I painted her a Mexican decorated skull. I think she appreciated the gesture but she still doesn’t know who I am.

Our nieces and nephews are so caught up in their own lives they seem to forget we exist, until, that is, someone needs something, like a medical consultation in the middle of the night. How convenient that Uncle Alberto is a doctor.

It’s essential that Alberto and I each draw up detailed wills and testaments since Italy doesn’t recognize our marriage. In the event that one of us should die, the other has no legal inheritance rights. Moreover, Alberto and I have no children or dependents that might automatically inherit should we both die. The other night as we were making out our last wills and testaments I turned to Alberto and asked, “So whom should we leave our fortunes to when we croak?”

He suggested the cat.

If only we had one.