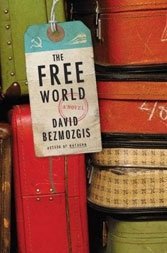 Bezmozgis’ first novel is a poignant and morally elegant portrait of a family of Latvian “refuseniks” who congregate in central Italy after slipping out of the Soviet Union through Vienna in mid-1978. No fan of Jews, Leonid Brezhnev’s Moscow often turned a blind eye to Jews who wanted out, seeing Russia as all the better for their flight. The Krasnansky family includes hardcore Communist father Samuil, suffering wife Emma, and their two sons Alec and Karl, offspring in tow. At the book’s core are mercurial Alec, 26, and stubborn Samuil, an ailing former Red Army soldier well into his 70s. Pretty-boy Alec takes life lazily and naively, cheating on his stalwart wife Polina. Samuil, Bezmozgis’ crusty moral compass, revels in recollections and wistfulness, secretly jotting down motherland memoirs. He’s in the thrall of a “scent of loss and the past.”

When travel documents for Chicago fall through, the family aims for Canada and pokes around Rome. Samuil and elder son Karl, shrewd and brutal, settle in Ladispoli, on the Lazio seacoast, while Alec shares a Trastevere apartment with Polina and another Russian wanderer named Lyvov. They mostly peddle Russian icons at the local flea market, and wait. Italy is incidental to the meticulous portrait of the angst- and ennui-ridden Russian émigré community (a bureaucrat in the Rome refugee office is described as having “the typical Russian look of fatigue – acquired in the womb, marinated in that broth of disappointments.”)

Lucid and ethical, Bezmozgis is sympathetic toward his stateless escapees — he was once one himself — but falls well short of lionizing them. If fickle Alec serves as a porthole into the future, Samuil sacrifices himself at the alter of the past. Above all else, the Krasnansky family sketch gives flavor to the twilight-bound Soviet Union.