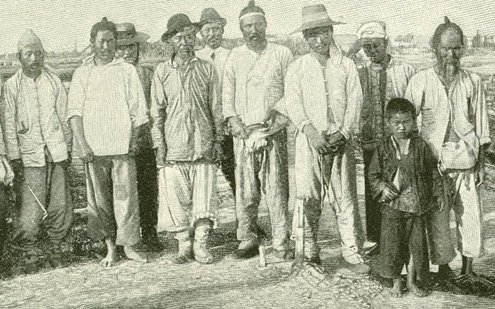 country is like a painting. From afar it’s better distinguished.” The comment comes from a character in a novel by Cuban writer Daína Chaviano and has a distinctly autobiographical flavor, since the author herself is a Miami expatriate — assuming a Cuban in Miami can go by such a label in a city whose Cuban population tops 1.2 million.

In “La Isla de los Amores Infinitos,” a historical novel translated into English as “The Island of Eternal Love,” Chaviano displays a remarkable ability to both see and synthesize Cuba from afar. Observing her homeland from a distance gives her insights particular depth. Published in 2006 and widely translated, “La isla” effectively underlines the complexity of Cuba’s centuries-old intercultural relations, and the syncretism deriving from it.

But lost in the English translation of the title is plural of love, amores, which in the original Spanish better highlights references not only to romantic love but also to family love, and especially love for a land that characters from Africa, Asia and Europe (and their descendants) will end up recognizing and treasuring as their homeland. Another questionable choice is the adjective “eternal,” a word that lacks the potency suggested by the Spanish infinitos, a term that better reflects the endless and dynamic spirals of human bindings built into the narrative.

Chaviano’s novel, which runs from the 19th-century to present day Cuba, is a fascinating story of ethnic composition. It tells of Africans brought as slaves to the island; of Spaniards not as conquerors but as migrants, fleeing Europe famine; of Chinese migrants escaping from wars and poverty. These stories merge, generation after generation, on an island in the Caribbean.

While there’s an abundance of popular literature about the African and Spanish cultural presence in Cuba, similarly representative cultures are often ignored. A largely Afro-Hispanic country, Cuba has nonetheless had immigrant waves from China, Lebanon, Syria and Poland.

Chaviano is particularly deft in illustrating the central importance of the Chinese presence. She examines present day Cuban Spanish to identify expressions that originate in the Chinese-Cuban experience. Beginning in the late 1800, some two million Chinese entered into a system of indentured servitude, boarding ships headed for the Americas and Australia to work in plantations, railroads and mines. Known as coolies, culíes in Spanish, they replaced slave laborers as slavery gradually began receding (it was finally abolished in 1886).

Richard Henry Dana Jr., a 19th-century American lawyer known for his vibrant memoirs, described the coolie trade in Cuba in his 1859 memoir “To Cuba and Back”: “This was a strange and striking exhibition of power. Two or three white men, bringing hundreds of Chinese thousands of miles, to a new climate and people, holding them prisoners, selling their services to masters having an unknown religion, to work at unknown trade for inscrutable purposes!”

Or, as Richard J. Levis observed of the Chinese in his 1872 “Diary of a Spring Holiday in Cuba”: “Their condition here will be, while under contract, but little better that that of the negro slaves with whom they will labor and associate, and they will be subject to the same compulsions and punishments of the lash or stocks, at the mercy of the employers”

In Chaviano’s story, historical memory of the Cuban coolie trade is juxtaposed against the stories of early 20th-century Chinese migrants. “Things have changed in Cuba, they don’t hire the Chinese as coolies anymore,” says one character, who then explains the toils endured by his grandfather, Pag Chiong, who for seven years “worked twelve hours a day, bound by a contract he had signed, unaware of its weight. Until one afternoon he dropped dead on a pile of sugarcane he was trying to carry. In spite of all that, Yuang followed in his father’s footsteps and also left for the island. Years later, his son Tai Kok, Siu Mend’s father, decided to rejoin him (…)”

Chaviano’s kaleidoscopic novel masterfully illuminates the intertwined relations between Africans, Chinese and Spaniards. She is an author who sees her native Havana from afar, and doing so is able to get to a part of its neglected history.