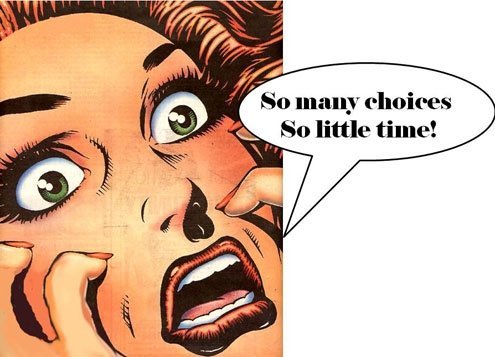 Do I really want to be here "forever"? Do I want to marry here? Raise children here? Continue to pursue a career here?
F

or most people, where to set up home is a simple decision often made for them thanks to job placement or family ties.

That’s not the case for expats. For most of us, settling in Italy, even temporarily, can be seen to have an “Eat, Pray, Love” dimension, as if we moved here on a whim to eat pizza. Naturally, that can seem glamorous. It also can cause doubts.

When I first decided to take the plunge, quitting a full-time reporting job in Washington, D.C. to freelance in Italy, my family thought I was nuts. Back then I wasn’t exactly sure how I’d make things work. I did know what I wanted to do: work as a freelance journalist, particularly in travel writing.

The path, which I’ve veered from recently, had deep roots. As a high school freshman I penned a graphic novel about my toy poodle and I as we traveled around the world — all expenses paid, naturally, by the fabulous publications I was writing for.

My poodle has passed away since then and I’ve learned the hard way how few publications pay expenses. But there’s still something fitting, and not at all whimsical, about being a travel writer.

Still, I worry. Do I really want to be here “forever”? Do I want to marry here? Raise children here? Continue to pursue a career here?

I’m hardly alone. With the exception of those who’ve taken the real plunge into permanence abroad — usually via marriage — all the stranieri I know grapple with the same questions. It doesn’t matter how successful they are in work, what niche they’ve carved out for themselves, or how fluently they speak the language. There’s always the sense of being at home – but not.

The feeling pops up each time you miss the birthday or wedding of a loved one back home, or have to finagle the six- or 12-hour time differences to talk to a parent, or see Facebook photos of old friends hanging out together.

Since the missing isn’t rooted in concrete reasoning, as in “my company sent me here” or “this is where my husband lives,” reservations arise.

Time and time again, though, the fear of missing out on life at home is canceled out by another fear: that of missing out on life abroad. We’d also be sad to see photos of our Italian friends on the beach or piazzetta without us. Or to leave behind places we’ve adopted as home, and traveling we’ve come to take for granted. And yes, there’s also the delicious pizza.

(By the way, if the extent of this fear sounds silly and irrational, it is. It’s also widespread. There’s even a word for this particularly twenty- and thirty-something affliction: FOMO, or “fear of missing out”).

Decisions to return home are made only to be unmade. It’s a running joke among my non-Italian friends that at the start of each year three-quarters of the group say they’ll probably move home by Christmas. By summer, the subject has been all but dropped. By winter, few bags are packed.

But even when someone goes so far as to book a ticket, Italy’s lure endures. After several years in Rome, one acquaintance decided to move home to Australia and was set to go in October. Since then, I hear, she’s started dating someone in Italy; she’s now considering staying.

Others have left but now feel pulled back. One good friend lived in Rome for two years before taking a job in New York. She’s now been in the city for a year and recently told me she’s not so sure if she wants to stay. “I might want to come back to Rome,” she said. It’s not just that she’s not content in New York. It’s that, naturally, she’s FOMO-ing on Rome.

As for me, I still don’t have an answer. For now, I’m trying to make the best of two worlds — or continents. I’m in New York for part of the summer, will return to Rome in August, and expect to come back here over the holidays.

If living with feet in both countries is FOMO-inspired, and whimsical, not wanting to miss out on so much of life back home is not — which is where the doubt begins, and persists.