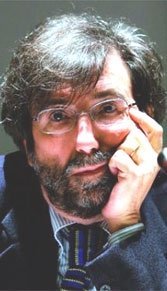 Galli della Loggia: The few and the desperate.
W

hile I was in the United States over the holidays, the wonders of the Web allowed me to follow political debates in my two homes. I juxtaposed commentary on the new “Tea Party” Congress with an essay in Corriere della Sera by columnist Ernesto Galli della Loggia, “Un disperato qualunquismo,” and the result was thought-provoking.

Galli della Loggia’s theme was the extent of Italy’s degradation and hopelessness. Two things struck me about his reasoning.

First, like many Italians, he seems almost reassured by the certainty of his gloom. Except for Eeyore in “Winnie the Pooh,” Italy is the only other example of Schadenfreude applied reflexively I know of.

The second thing was that although Galli della Loggia commented on “the silence of the public discourse of Italian society itself,” his main plea was for an unspecified someone, somewhere to do something. Implicitly, the someone who should be doing the something was a politician.

Asking politicians, particularly with the low accountability of Italian ones, to tackle serious problems such as Naples’ garbage or low foreign investment is like clapping your hands on the RMS Titanic hoping a steward will appear with a modified deck-chair arrangement.

Democratically-elected politicians — and not only Italian ones — rarely make bold, game-changing policy reforms. Only people contemptuous of public opinion or with little to lose actually dare to make big changes; dictators, monarchs or passionate individuals.

Neither of two recent transformations in America — Barack Obama’s “Yes we can” or Tea Parties — resulted from pure political will. Tidal waves of change, of a magnitude (Galli della Loggia hopes for, were instead the result of millions of individuals acting on being “mad as hell” and unwilling to take it anymore more – to borrow sentiments expressed by character Howard Beale in the brilliant 1975 social satire “Network.” Politicians jumped on their bandwagons.

However one may deplore any of the competing visions of America and the rhetoric they produce; however dispiriting the gerrymandering, poisonous invective and plain wackiness of the electoral process, America’s new Congress does offer a definable vision and concrete policies for change. Despise them though you might, the new legislators are a). New, and b). Got to where they are after a tough fight. They are not capitulations to a paralyzing status quo or the product of in-house parliamentary voting lists, which favor party hacks and incumbents, epitomized by “Tonino” (Antonio di Pietro) or “Gianfri” (Gianfranco Fini), who arouse Galli della Loggia’s ire. Political bastards exist in both Italy in America. The only difference is that it’s easier to kick ours out — and we do.

The other problem with attaching hopes of change to politicians is that, left to their own devices, they may not make policy that is good or accepted as legitimate by those it is designed to help. Policies, like metals, benefit when tempered by the extreme tests of raucous public debate and bold experimentation.

Consider education, an area where both Italy and the U.S. need major overhauls. The merit of content aside, the two approaches illustrate two ways of creating change.

Debate on American education has raged for decades from local school boards to the White House. Left, right and center have proposed and implemented diverse solutions tailored to local situations and different visions, including “No Child Left Behind,” home schooling, charter schools, busing, and education for profit. Americans have low tolerance for the closed-door, mandarin theorizing that passes for policymaking in Italy. “Show me,” as they say in Missouri. Run a pilot program, measure the results, publish some statistics, try something, see if it works.

In Italy, public involvement in education has been largely a for-or-against reaction to a succession of reform efforts pushed by different education ministers since the 1990s. After debates that appeared to have little grassroots input, incumbent Education Minister Maristella Gelmini’s reforms were agreed upon (by secret ballot). At that point, the public had two choices: Take to the streets in protest or wait for the reform to lumber into life. No one lobbied, advocated home schooling or made a bid to charter schools. No, they were saying, “I don’t know how the reform works, but I’m against it anyway.”

Both approaches have risks and I’m the first to enjoy the protection the Italian one offers me against a Glenn Beck or a Tucson shooting. But the Latin way hardly justifies Italian smugness toward America’s disgraces (especially after Italy’s violent wave of lethal urban terrorism in the 1970s).

As a friend said, America is an ongoing experiment in the lab of some crazed political inventor. Strange smells fill the air; chemicals bubble in beakers; mysterious cultures bloom in the agar. The mad tinkering may yield an explosion or cure cancer.

Someone as fastidious as Galli della Loggia no doubt cringes at the vulgarity and superficiality of American politics and policymaking. But as he waits for “them” to rearrange the deck chairs, millions of American “we’s” are back in the lab mixing up a new political experiment.

Italy’s rearranging deck chairs may be a safer bet — there are no explosions in the works, but it won’t cure a thing.