The few and the proud 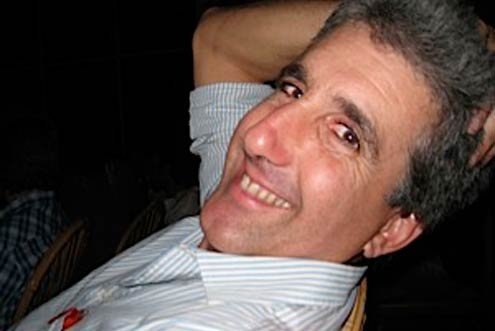 Saverio Petrilli: "The independent winemaker does everything from A to Z."
O

n the final day of SlowFood’s biennial Salone Del Gusto in Turin I attended a panel discussion that included winemaker and Italian Federation of Independent Winegrowers (FIVI) secretary Saverio Petrilli regarding the definition of artisinal wine.

The first point, said Petrilli, was understanding what it is not, namely “part of industrial mass production by profit-making corporations.” The people who create what amounts to hand-made wine are independent folk who respect their terroir — the weather, soil type, land formation, exposure, steepness, and altitude of the land they plant on and harvest from — “so that they, their families and their employees can enjoy a reasonable lifestyle.” The growers are the first consumers.

Several winemakers in attendance said they liked the idea of being seen as “artisans,” associating the term with craftsmanship, quality, small-scale production, and expertise in the special skills necessary to make local or traditional products.

But Petrilli insisted on a deeper distinction. Winemakers, he said, were different from most artisans because they grow their own raw material. Skilled furniture-makers don’t plant trees, cut them down, and mill them into lumber. Nor do artisan beer makers typically grow their own hops and grain. “The independent winemaker does everything from A to Z,” said Petrilli, “grows and harvests the grapes, makes the wine in the cellar, bottles it, places a ticket with his or her own name on the bottle, and sells the wine.”

The holistic nuance had never occurred to me. Winemakers are artisans plus. I paused to reflect on the small, independent producers of high-quality Italian terroir wine I’d visited and written about, scribbling down a list in an attempt to explain how and why they differed from the mainstream. Here’s what I came up with.

Integrity: These winemakers dance to their own tune. They don’t look outward awaiting applause or affirmation. They don’t live for prizes. They grow grapes and make wine in ways they consider ethical and coherent. Most deal with visitors, marketing, sales and journalists by necessity only. Their motivation is a commitment to their land, their vineyards, their grapes, and their wine.

Family: As Petrilli noted, most operate as a family unit, not a corporate entity. In the past, the family patriarch passed the vineyards to his sons, but fathers are increasingly involving their daughters not just in administration or marketing, but also in winemaking.

This is true of two of the most traditional Barolo makers, the late Bartolo Mascarello, who left his winery to his daughter, Maria Teresa, and his close friend Giuseppe Rinaldi, who runs farm his with the help of his daughter Marta.

Respect for the land: At the conference, one producer stood up and said, “I’m proud to be a contadino.” In English, the word translates as farmer or peasant, though it has another layer of cultural meaning in Italy. He point was that artisan winemakers are contadini first because they know the land, work the land, and respect it.

In the Italian 1950s and 1960s millions migrated from countryside to city, in part because being labeled a contadino in the class system meant being seen as poor, old-fashioned, and undereducated. But now there’s evidence of reverse migration, particularly among young people who are moving back to rural areas to reclaim family farms.

These freethinking winemakers are well ahead of the curve when it comes to respect for the environment. Many use “sustainable” production methods that are certified as either organic or biodynamic.

For many, the demands of being officially certified can sometimes seem superfluous. They resist. I recall asking Gianfranco Soldera, who famously makes Brunello di Montalcino, about official procedures (including the use of pesticides), to which he replied: “Why would I put poison on plants? Especially when I plan to consume their fruit.”

Experience and know-how: These winemakers usually have access not only to their own experience but also that of previous generations. While generally aware and up-to-date regarding scientific research and advances, they tend to decide for themselves how to use the breakthroughs. They choose against the backdrop of the day-to-day and year-to-year work cycles they’ve come to know and trust.

Courage and individuality: Like writers or poets, small producers have their own signature style and tone. They’re individualists who do things their own way, and the result is wines with clear differences in personality and character. Even winemakers that work the same area and plant the same grape variety can produce wines that vary in the same year and certainly from year to year.

Alchemy: Some aspects of what these winemakers do simply defy definition (and certainly defies the concept of wine point scores). Mystery and alchemy are as important as any standard formula. To me, drinking the best of these wines is like watching a spectacular sunset, listening to a familiar piece of music or looking at your beloved smile at you. It’s beautiful to experience but difficult to describe.