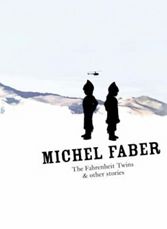 Worth it for a bevy of reasons, but unmissable for the story “Tabitha Warren.” In it, a writer objects to a newspaper obituary of reclusive author Tabitha Warren, whose debut book was “A Dog Life,” a view of the world, and a failing marriage, through the eyes of a Jack Russell terrier. But Tabitha (“who never got the hang of being human”) has outdone herself. Her final book, which only the writer has seen, is “pure cat. A book that cats would read if cats themselves would read, if cats could read.” An excerpt from the “illicit scribblings” follows. But there’s nothing illicit. Tabitha’s right: this is cat language, and only fearless Faber would dare convey it.

Beware, released in the United States as “Vanilla Bright like Eminem,” another story title. Shame on shameless publishers.