The fall of Lombardy 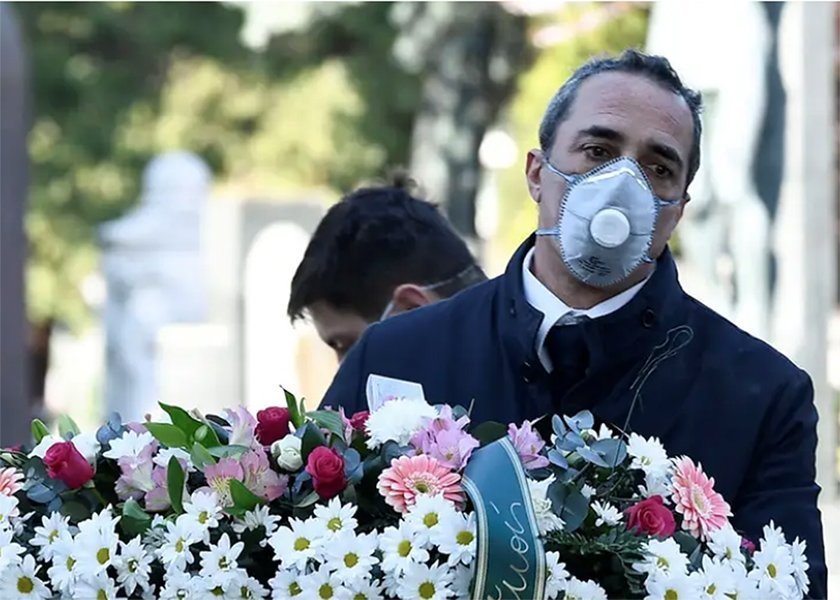 The north of Italy was hit so fast and hard its hospital system was at first unable to cope.
T

he wildfire spread of the coronavirus pandemic in northern Italy is still not fully understood. The return of many Chinese immigrants from New Year’s celebrations in Wuhan, the capital of Hubei province, probably played a role. The virus’s choice of its first known Italian victim was particularly clever.

Mattia was a healthy man of 38 with no Chinese connections. The week before becoming ill, he was still working, playing soccer, and partying. He visited his local Emergency Room several times before finally being admitted to a non-isolation ward for pneumonia. Between those ER visits and his time in the hospital, the number of people he came in contact with and infected, patients and staff included, is inestimable. Finally, a brilliant anesthesiologist broke protocol and tested him for the novel coronavirus. From that moment on, all changed. Mattia survived but the damage was done.

What has become clear since then is that both China and Italy significantly under-reported their death tolls.

In hard-hit Bergamo and Brescia, the toll was suspiciously low given the overall rate. It turned out many deaths were being classified as the result of influenza or pneumonia, without coronavirus testing.

But this fact hardly constitutes a scandal.

The blunt reality is that the health system was so overwhelmed and test kits so few that many elderly people, very likely stricken with COVID-19, never made it to the hospital. They died at home, undiagnosed. Still, from what I can tell this under-reporting occurred mostly in the first stage of the pandemic, the pre-lockdown stage, and was limited.

A month after the lockdown decree, Italy’s daily virus deaths are down by at least a third, and ICU beds are now available throughout the country — partly because the number of very sick COVID-19 patients has dropped and the number of beds doubled to nearly 10,000.

U.S. statistics are harder to acquire, since much is being managed at a local level.

The “New York Times” recently reported that the United States was falling into the same under-reporting trap, “leaving the public with a limited understanding of the outbreak’s true toll.”

So this wasn’t a clichéd case of Italians being Italians.

My tracking of the number of COVID-19 patients in intensive care in Italy suggests the situation is improving markedly.

Unfortunately, credible U.S. statistics are harder to come by, since much is being managed at a state and local level. The number of diagnosed cases and the death toll is widely available. Knowing the number of patients, whether hospitalized in ICUs or at home in isolation, is next to impossible. This data is published daily in Italy (another reason to credit the Italian National Health Service).

The meager data I’ve been able to acquire suggests there are now at least 7,200 COVID-19 patients in ICUs in the states of New York, California, and Louisiana. Since those three states have so far accounted for half of the U.S. death toll, I estimate the nationwide ICU number as 14,400, give or take. In writing about the pandemic I generally ignore data on diagnosed COVID-19 cases, mostly because the testing data is still inconsistent.

But I’ll break that rule for Italy, which, in the last month, has standardized its criteria: only people sick enough to require hospitalization are tested. This makes Italy’s recent drop-off far more credible.

On March 11, the daily increase in cases was 20 percent. That number is now 2 percent.

Terrible rationing choices had to be made in the worst-hit northern Italian hospitals at the peak of the epidemic. But when I say hospitals were overwhelmed, I mean it, and few American pundits can even begin to understand what that means in life-and-death terms.

In Italy an outsized proportion of diagnosed COVID-19 cases have been among health care workers — 11,252 cases as of April 3, some 8 percent of the total. As of today 94 Italian physicians have died, most of them over age 65, many of them retirees who volunteered to man the front line. Interestingly, the Spallanzani Hospital in Rome, which specializes in infectious diseases and has treated large numbers of COVID-19 patients, has reportedly had no cases among its own doctors and nurses. In the U.S., where more than 500,000 are infected and the death toll is creeping toward Italy’s (soon to top 20,000), only one physician has died from the disease. Why so much variation? In part because of training in dealing with infected patients. In part also because the early days of the contagion in northern Italy defied belief: Few could avoid exposure.

In Lombardy, where most doctors died, staff in some ICUs intubated seven COVID-19 patients a day while working 14-hour shifts for weeks on end. Family physicians with no protective equipment went door-to-door signing death certificates for the families of those whose relatives had died at home.

According to one conspiracy theory, 500 lions are patrolling the streets of Moscow.

Though my Italian friends tell me the famous evening balcony songfests have mostly petered out, it’s spring, and those with rooftop terraces have moved there. One “terrace” friend wrote about “walking, reading, eating a sandwich among the sheets hung out to dry – it’s like being in a movie by [Italian director Ettore] Scola,” who once made a movie called “La Terrazza.”

Cuba sent 52 doctors and nurses to help out in the northern Italian city of Cremona, where their arrival was welcomed by the right-wing regional government.

Pallets of medical supplies donated by the Chinese consumer electronics company Xiaomi have arrived bearing labels quoting the Roman stoic philosopher Seneca: “We are waves of the same sea, leaves of the same tree, flowers of the same garden.”

Tables with baskets of pasta, olive oil, crackers, milk, and tomatoes are popping up all over the country with signs that read: Chi ha metta, chi non ha prenda,“If you have the means, contribute. If you don’t, take.”

But you can’t take away Italy’s fondness for conspiracy theories, some borrowed, some homegrown. Some of my favorites, starting with the global and working my way to Italy: