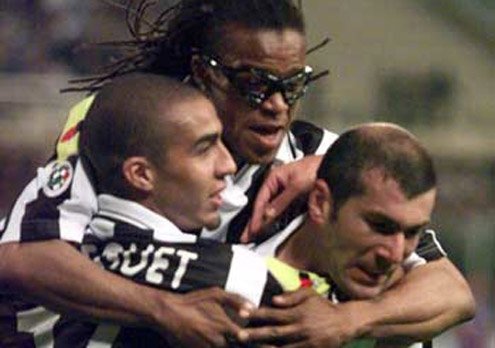 t is almost universally accepted that the golden age of Serie A ended about a decade ago. For some, the turning point came in the summer of 2001 when three-time FIFA World Player of the Year Zinedine Zidane was sent from Juventus to Real Madrid for €73.5 million, a harbinger of the Spanish club’s free-spending “Galactico” era. It also marked the beginning of an exodus of star players from Italy’s top division.

In the Inter half of the city, Massimo Moratti’s misfortunes began after Inter’s famous 2010 treble. The stars that contributed to that achievement were not replaced. Towards the end of last year Inter’s only recognized and fit striker was veteran Tomaso Rocchi. This year, Moratti sold a majority stake in the club to Indonesian businessman Erick Thohir.

Now there’s growing concern that reigning champions Juventus may be headed in the same direction. Club president Andrea Agnelli recently warned that the team might be forced to sell former Manchester United midfielder Paul Pogba. France international Pogba, though hugely talented, is no Zidane. But his exit would send severe shockwaves through Italian football.

Juventus’ impressive new arena has attracted strong ticket revenue. Merchandising and advertising remain strong. The team, which has a record 29 Serie A titles to its credit, recently added forwards Carlos Tevez from Manchester City and Fernando Llorente from Athletic Bilbao. The moves seemed to suggest immunity from the financial decline plaguing other domestic clubs. Any such illusion will surely end if Pogba leaves in his prime.

The prime poacher has been Paris St-Germain, which went on an astonishing spending spree after the Qatar Investment Authority was confirmed as the Parisian club’s majority owner two years ago.

PSG’s spending, along with that of Manchester City, Real Madrid and French Ligue 1 rivals Monaco, upset those who had hoped that UEFA’s Financial Fair Play (FFP) regulations would limit splurging. In 2011, UEFA began reviewing club spending and recently issued its first punishments, banning Spanish side Malaga from the Champions League for posting enormous losses in the last year.

Crucially, however, the new regulations permit sponsorship deals from companies with a vested interest in the club’s success to cover deficits from player acquisitions and wages. Another loophole is in the sales of “overseas rights” to consortiums, even if investors are not clearly identified.

While the Real Madrid brand has always been strong enough to sustain the club’s inflated transfer sprees, Manchester City and PSG knew that if they acted quickly enough, they, too, could build globally-recognized brands and accrue the sponsorship money necessary to keep them from UEFA sanctions. In essence, FFP has allowed wealthier clubs to accelerate “before-it’s-too-late” spending. Transfer fees have been further inflated as clubs rushed to build their respective brands.

So long as these loopholes exist, the richer Premier League, Ligue 1 and La Liga teams are likely to continue exploiting them, prolonging the Serie A talent exodus — all the more since Italy’s top division still has a knack for producing and developing top caliber players.

Much-scorned Serie A is remarkably capable of unearthing talent, mostly domestic and South American, that English Football Association Chairman Greg Dyke can only dream of as he seeks ways to remedy the Premier League’s failure to turn out future national side players.

The Italian national team isn’t suffering nearly as much as its domestic league, which — in common with the Dutch Eredivisie — has become something of a stepping-stone for players in search of better deals.

Take Napoli, where a popular club and passionate fans have helped Diego Maradona’s former team rise from the ashes of Italy’s third division to the Champions League in a matter of years. Even when Napoli was in Serie C, it still managed to pack a lower-division record 51,000 fans into its San Paolo stadium.

AS Roma is also beginning to realize the enormous and innate potential of playing in Rome. Fiorentina has also re-emerged after flirting with relegation. Its mid-October 4-2 victory over Juventus — after trailing 2-0 at half-time — was the sort of match no other European league, barring perhaps the Premier League, would have been able to stage.

In Serie A, any side can take points off almost any other, a proud reflection of depth. Isn’t this just what fans were all looking for when Financial Fair Play was first introduced and championed as a great leveler?