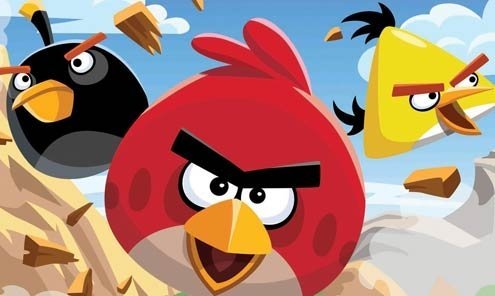 No matter how many pieces, the puzzle can lead to Angry Humans.
I

gave up New Year’s resolutions even before I gave up giving up things for Lent. One year I did manage to stop putting artificial sweetener in my coffee. I believe it was 1995 and “Les Misérables” was on Broadway.

Well, today Les Mis is in movie theaters, but I still won’t touch aspartame with a 10-foot pole. I now drink my Joe with zucchero. Kudos to me.

This got me to thinking about resolve, as in: should I try to improve my pre-menopausal, preschooler mom existence?

My first thought: Why tamper with mediocrity?

My second thought: I had great success in 1995, how could I possibly duplicate that?

Third. What would Jean Valjean do?

I resolve to bring back sexy. And by sexy, I mean my cleaning lady because my apartment could really use her touch.

I resolve to buy Justin Timberlake’s new record — if kids these days are still calling them records.

I resolve to buy some new Frye boots and a new pair of J Brand jeans.

Okay, there is the whole gym-working out resolution. But that one’s been done to death. I’d like to think I’m more creative and my body fat is low enough to skip that one.

Nothing was coming to me. Nothing except my five-year-old’s request that I put together the Angry Birds game that Santa had purchased and placed under the tree.

Normally, I refer assembly-like jobs to my male counterpart. However, said masculine parent had lamented the game’s 374 piccolo pieces on Christmas morning, asking me: “Are you KRAY-see?”

I think that’s a question best answered by a professional, but I can say I was tired when I ordered the Christmas loot online and had it delivered to our U.S. holiday destination.

So I took it upon myself to read the 25-page instruction booklet and begin the seemingly insurmountable process of assembling almost 400 ill-fitting Lego-like blocks.

Pride is a sin. And now I know why. I should have patted my husband on the back and told him, “Yes. I’m insane. Now get to work.”

As punishment, I’ll never get those two hours back.

I could blame it on jet lag, or the tiny Chinese children who molded the 374 plastic pieces. But no, I have to take responsibility.

Quite frankly, I lost my S%&$. And I dropped the F-bomb (more than once in fact). After about 40 minutes, I felt like I was having an out-of-body experience in which said body was being violently attacked by the spirit of St. Nick or Mattel, or both.

In my altered state I referred to the game as a F#$%-face — which in retrospect doesn’t even make sense, since I think we can all agree that castles do not have facial features.

Then, the voice of an angel chimed in with “Don’t say that word!”

Okay, it was actually my five-year-old — but he’s become very well behaved.

“Sorry, sweetie,” I explained, “You are right you shouldn’t say that word. But sometimes when big people get mad they do.”

“But Mom, you are a princess Mom and princesses don’t say that word.”

First thought: “I would never be cast as royalty.”

Second thought: “Does he even know any princesses?”

Third and more authentic thought: “Well, they do say F#$% in my kingdom.”

But then I saw how sincere he was. And I realized he might have a point. I’m ordinarily a big fan of the F-word. It feels good. It’s onomatopoetic, cathartic and expressive. It can be used as a noun, a verb, a definite article, a conjunction, and the list goes on. But rage takes away its melodic ring.

Now the question is follow-through. In the spirit of pristine language should I burn my David Mamet anthology?

Or go back to sweetener? I hear Stevia is good.

Maybe I could break in to song every time I want to scream an expletive. Something from Les Mis, say. “I Dreamed a Dream?”