The era of uneven U.S. power 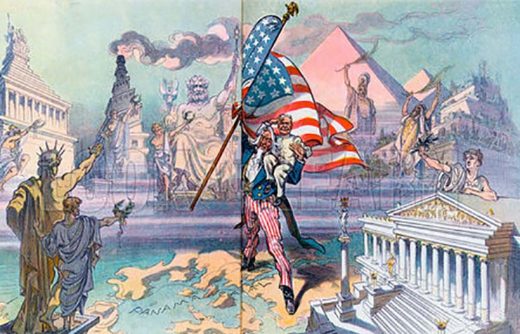 American global hegemony is shrinking, but its ebb and flow is uneven and difficult to track.
T

he United States finds itself in a peculiar geopolitical position. Though by all tangible measurements its relative economic and political importance is declining, it its still the world’s preeminent superpower. Policymakers find themselves on a seesaw. If one decision causes them to overestimate existing U.S. power and believe that Washington can act unilaterally, another leads them to underestimate the effects of their choices and provokes unexpected fall-out when the true scope of U.S. influence reveals itself fully.

The United States is certainly losing its position of power over its geopolitical competitors, at least in relative terms. Every year that passes, unilateral U.S. actions become more difficult, and building a global consensus with prickly partners like China and Russia becomes more necessary. The post-1989 moment of total U.S. global supremacy is over. The recent tension over North Korea in particular has dramatized how the United States can no longer go at it alone Washington now needs its allies in places like Europe — and the question “what will China think?” should always be in the back of policymakers’ minds.

Differing reactions point to the new reality of U.S. power — its unevenness.

This new reality has not become fully apparent to the U.S. administration. Its thinking on the future of the Iran nuclear deal betrays a confidence in continued U.S. power that is not backed up by fact. On May 12, President Donald Trump will decide whether to revive certain sanctions on Tehran — sanctions the United States had suspended after it had reached the deal in 2015. The re-imposition of sanctions, should it occur, would constitute a breach of the agreement. More importantly, putting the sanctions back in place would require other countries to comply with the U.S. change in policy, or risk reprisals from Washington. Specifically, Washington will penalize countries that continue to import Iranian oil or do not show evidence of significant cuts in their imports.

These sanctions previously worked. During the 2012-2013 period, this measure pushed China and India, two of Tehran’s biggest clients, to cut their crude imports significantly and push the Iranian economy into a recession. Even then, it took considerable diplomatic efforts and the imminent threat of an Iranian nuclear program. Today, the United States could return to the sanctions without the assistance of either of these key factors.

American global power is a useful tool in cajoling countries to comply with U.S. sanctions. Indeed, political hawks are partially correct to still believe in the value of U.S. primacy. Although Europeans have complained about the possible return to sanctions, those with high exposure to the United States will likely comply with U.S. measures out of fear of losing access to the U.S. market or facing stiff penalties. The hawks, however, are wrong on a global scale. While U.S. dominance may be enough to convince Europe to go along, China and India may very well call the U.S. bluff. At that point, after building toward an anti-deal strategy premised on an inevitable U.S. global leadership, American policy will find itself stranded.

Yet, policymakers are concurrently underestimating U.S. power. The Russia sanctions debacle that began on April 6 points to this danger. After being repeatedly accused of softness toward Moscow, the administration released new sanctions targeting Russian oligarchs, government advisors, and companies. Among the listed entities was Rusal, the world’s second largest aluminum producer. The action slashed Rusal’s share price by 40 percent and brought the Russian stock market down by over ten percent. Because the company is seamlessly integrated in global markets, U.S. and European banks had to stop processing orders for its securities and facilitating aluminum trade involving it out of fear of getting cut off from the U.S. financial system. As a result, the aluminum markets began to clam up. Since April 6, aluminum prices have gone up by a third. 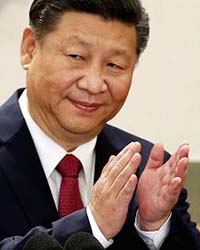 Not even China knows what’s coming next from the “revised” United States.

The panicked market reaction points to the continued centrality of the United States, particularly in the financial sphere. When Washington makes a decision, banks act quickly. While China and India can afford to ignore certain U.S. dicta — as in the case of Iran — other players cannot.

These differing reactions point to the new reality of U.S. power — its unevenness. After the end of the Cold War, as the only hyperpower, the United States enjoyed primacy in almost every field. Its power to coerce countries was unequalled, and it could use an almost endless set of tools, from military, to diplomatic, to economic. Today, its toolset is far smaller. Almost two full decades into the War on Terror, military options are more restricted. After a year of declining resources and personnel for the State Department, U.S. diplomacy is also weakened. Most importantly, even U.S. economic tools are not as effective as in the past. China is now the world’s largest trading nation and the number one trading partner for 130 countries.

Instead, U.S. policymakers will have to gauge every decision they make more wisely. This new way of thinking will require greater reflection on not only on each policy — so just a question of whether to isolate Iran against or increase pressure on Moscow — but also on the tools to achieve it. Until U.S. policymakers adjust to this new unevenness, this new era will also require far greater caution to prevent this continued dichotomy between policy thuds and explosive results.