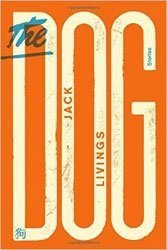 American Jack Livings has absorbed contemporary China as a napkin does moisture. He has an intuitive affinity with a world that is not culturally his but which seems to possesses, at least fictionally. He tells eight distinct stories covering paupers, gangsters, expats, bureaucrats, peasants and hacks. Some are vernacular fictions, others semi-historical reconstructions. In “The Crystal Sarcophagus,” he sketches out the lives of the beleaguered glass workers — Job-like yes-men or Heroes of the People — tasked with the 1976 building of Mao’s crystal coffin in record time. These men, party hacks and workers alike, the noble and the wretched, possess a singleness of collective purpose that unhinges Western individualism (“The Party outranked physical laws, scientific fact, logic.”)

Some characters buck the corrupt system, weary of bribes and payoffs. Wealthy Yang in “Donate!” is wistful for poorer days. Modern life lacks civics. Bribes depress him. But he understands the rules by which he must play. There are criminals and thugs, Uyghur boss Omar foremost among them. In “The Heir,” his resistance to Chinese Han “defilement” is equal parts ferocity and kowtowing. He is a killer who takes the long view, which means accepting daily humiliation while “dreaming of open skies and the steppes. The intimacy of emptiness.” Expatriates make an appearance, but white woman Claire in “The Pocketbook” is isolated, lonely, and on the outside looking into a surreal linguistic and cultural hubbub she hardly understand. In the title story, the prospect of eating of a racing dog sets a husband, wife and greedy cousin on a collision course that reverberates with carnal anger.

Pride, resentment, resignation and paranoid stream through these often eviscerating stories. “Everyone was scrambling to stake out his little patch of scorched earth,” Livings writes of a group of feuding stock traders. But all the earth is scorched — when not made to tremble by earthquakes. All is also are in hock: to bosses, to party cadres, to their families, to codes of physical and emotional violence.

With poetic flourish and detail-oriented aplomb, he has produced English-language stories whose sensibilities speak Mandarin and make an art form from jarring juxtaposition (“Beneath a loudspeaker blaring a tinny pop song, a sculptor worked dung into detailed miniature animals.”) The real language here is a universal one, spoken by people who are hopeful, downcast, and then hopeful again.