The Death of the Adversary (“Der Tod des Widersachers”) 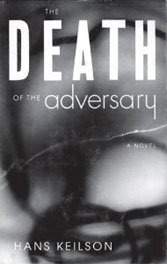 By Hans Keilson, , translated from the German by Oswald Wolff

It is hard to overstate the ethical value of Keilson’s peerless novel. In it, a young Jew recollects Hitler’s inexorable rise to power based on the contours of his own fascinated helplessness. Readers get the story of an impressionable young sports instructor who gradually comes to loathe Hitler (called only B.) but is undone by the distracting swordplay between victim and victimizer, which he sees as two sides of a warped bid for esteem. The Holocaust (never mentioned by named) is “our own disaster,” the consequence of a schoolyard quarrel that requires bullies and bullied to nourish it.

While B. owes his existence “to an effort of the imagination” and his enthralled supporters “warm themselves by a fire they themselves had lit,” the rapture makes short shrift of “the brute reality,” and it is that brute reality that eventually undoes and makes guilty those who for years disdained Hitler but, like the mesmerized narrator, stood pat. “He made me suffer and I suffered devotedly.”

Concealments and conceits aside, Keilson’s view of Hitler is anything but elliptical. The prose strangles slowly. “Don’t you realize what will happen if the present policies are carried to their logical conclusion?” asks a friend of the narrator, attempting to lure him toward militancy. But he resists: “I was obsessed with the idea that it could not happen.”

Only when he meets a group of youths who casually desecrate Jewish graves does he quiver. But even then not enough. “I hate myself, my own impotence.” He hates even God. But all the hate comes too late. The story he’s telling comes after the fact, which is to say after the worst.

Unlike the dozens of novelists who over the decades have divided Jews and Nazis into separate states of being, into aggressors and victims, into predators and prey, Keilson makes a perfect beeline to the perversity of human tolerance. By hating Jews, B. makes them real, prominent, worthy of an enemy’s love, and therefore of self-love. “The thought came to me that we two had perhaps been designed as each other’s adversaries in the very plan of a ceaselessly unfolding creation.” And later: “I love life so much that I discover it even in my adversary…” Until the child’s play of excitement turns abominable.

If you read one book about Jews and Hitler in the prewar period, pick this one. How it fell through the cracks for 70 years is incomprehensible. For the record, the German-born Keilson fled from Germany to Holland in 1936, taking Dutch citizenship and later joining the Dutch resistance.