The Day of the Puma 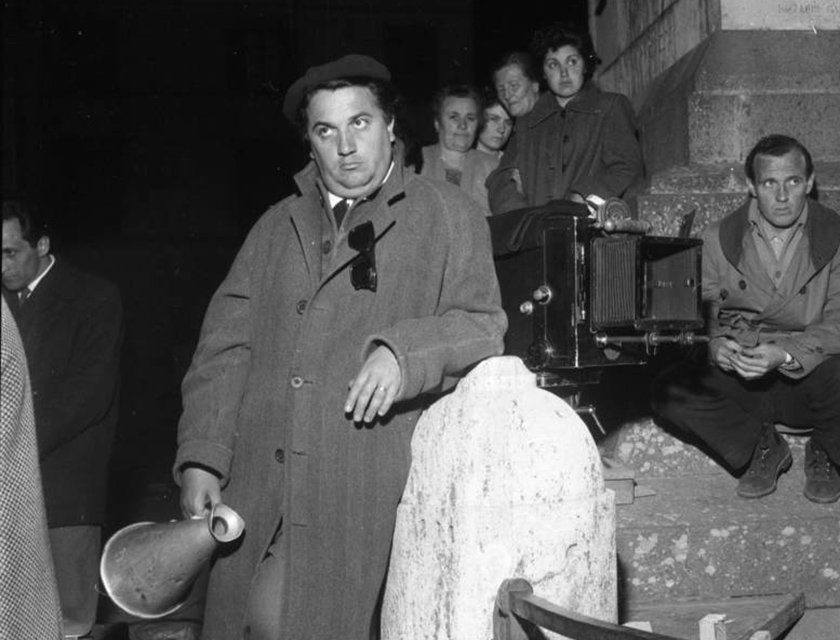 Acclaimed Italian director Federico Fellini on the set of "La Strada," a film about a circus troupe, released in 1954.
S

ome forty May moons ago, when balding Socialist Prime Minister Bettino Craxi held monied sway over suddenly booming Italy and his foreign minister paused from hard labor to party in discos, it occurred to me time, for the second time, to leave Rome behind and head back to my seemingly saner homeland. The newspaper I’d founded was on the pre-web rocks, and little seemed to tie me to Rome, a city I had tried but failed to leave behind once before in the previous decade. That escape lasted less than two years.

This time I resolved all would be different and I would settle into my homeland life like a real American, this though I had little fondness for the occupant of the White House, Ronald Reagan. Still, though I was bound for Washington, D.C., not for the White House, the Reagan presidency was no more than an annoyance. 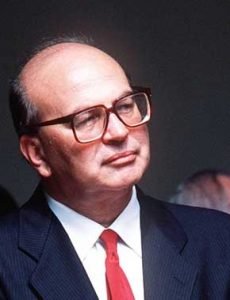 Bettino Craxi’s Socialist 1980s was a carnival of corruption.

It’s true I waffled a bit, perhaps a lot, but then came the Day of the Puma, when all changed. I remember two events from that week, and together they led me to book a ticket home.

The first of these events seemed benign. My mother pushed me to meet Italian director Federico Fellini and his actress-wife Giulietta Masina, at a fading café on the Via Veneto. Though Fellini was still a star, his films known and beloved for their surreal and idiosyncratic view of a fantastical Italy, I had little fondness for the man, for I’d interviewed him early into my first Roma stay and he’d been rude, if not mean, estranging me from my adoration of his work. We’d met at Cinecittà Studios, and he’d kept me waiting half a day only to give me a dismissive five minutes at twilight. He of course was a superstar and I but a boy journalist, so I tried to understand the occasionally dismissive mood of the city, and the famous within it. But I never forgot.

Now, my own stature had changed. I had a job offer from the new and wave-making newspaper “USA Today.” I was something of a tiny somebody, and this, I learned, was why Fellini wanted to chat with me.

We met by late afternoon: my mother, the director, and his wife. He‘d aged considerably. He smiled and made conversation, though it all seemed very forced. He had no recollection we had ever met.

When the small talk ended, he came to the point. Although he couldn’t say it aloud, his moviemaking had fallen on hard times. New directors, some his protégés, had begun emerging. Fellini needed money.

Masina cleared the table and out came an artist’s portfolio with sheaves of sketches. Fellini had always drawn up his visions for scenes, and here they were. Fantastically breathtaking drawings and caricatures of the Rome world he’d lived in for half a century. Did I think, he asked me, that such a book might have commercial value and attract a publisher and perhaps, because of his still-lustrous name, become an American best seller.

His vision for this book of drawings sounded more like a plea for approval than a professional plan for pushing ahead an artistic project. And his tone saddened me — deeply in fact.

Here was one of the most remarkable moviemakers of the 20th century meeting with a not-famous journalist to promote an idea that might fetch him some relief. If I did in fact land at “USA Today,” perhaps I could review it and exalt him. I tried shyly to explain that this was not the way the business worked, at least not in the Anglo-Saxon world.

When the chat broke up after an hour I felt as though a slice of my treasured Italy had come apart, the Fellini of “La Dolce Vita” and “Amarcord” looking to publish himself because his filming days, he knew, were all but over (he died in 1993, only then seeming to regain celebrity).

That evening I called the recruiter at “USA Today” and told him I’d be taking their offer. I slept poorly and sadly. 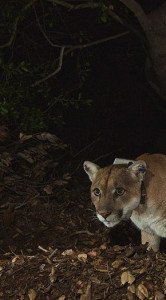 Aside from pumas on the loose in Rome, the traveling Italian circus lost its following in the 1980s.

Two days later, as if Fellini’s imagination had willed it, came the Day of the Puma. One night a puma escaped from a traveling circus outside Rome and spent hours walking through the streets of Rome, empty streets, before finally being subdued by veterinary police with a tranquilizer gun. Pictures of the puma were all around. Only in Rome, I thought. But I also thought of the 1950s Fellini film “La Strada” — the words mean the street yet here could be read as “on the road” — with Anthony Quinn, Richard Basehart, and Masina, set in a traveling circus in Italy during the dirt-poor postwar period. Quinn played a strongman who was weak inside, and the circus was a metaphor for an Italy that pretended bravery but remained destitute inside. No one was better with such metaphors than Fellini, who once made a film about a conductor attempting to tame the insurgent musicians of his orchestra, perhaps the most apt way of representing Italy’s political and labor chaos of the 1960s and ‘70s.

The puma drama made brief headlines, but it represented a banner within me. The loose animal in a big city that tried as it did yet could not attain cosmopolitan status. It was still too feral, too confusing, too loose. Inside, it was owned by pumas and others of that creature‘s prowling ilk.

A few days later came the crowning blow, the one that would send me to America sooner rather than later. The largest circus in the land declared bankruptcy, saying audiences were too small and labor costs no longer sustainable. Not even pumas could be kept in check. The traveling circus had long been a fixture in Italy, a pre-cinema way to keep the poor entertained. But many of the poor were now middle-class. Times had changed. The prime minister was a Socialist, not a Christian Democrat, an upheaval in the close church-state relationship that had defined Italian politics since the end of World War II.

Time to go, I told my mother, who begged me to stay. And I went, Fellini and puma in mind.

Of course I was back again within three years. Once Rome is in your blood, it refuses to relinquish its cellular pull. Fellini had faded further. Circuses were gone, but only literally.

Now it was time for the Craxi circus, which seemed to contain a bit of Fellini and loose pumas both. He was discovered to be the most corrupt politician in Italian history, his bribed legion and his economic management of Italy’s revival a house of cards no more stable than the look of an empty disco the morning after, detritus and Neronic confetti left on the floor to suggest passing debauchery but little more.

Craxi was disgraced and chose North African exile, and the Christian Democrats returned to power. Italy spoke of washing its hands of all this muck, and the man who eventually stepped into the breach was a billionaire by the name of Silvio Berlusconi.

I was reassured. America evolved, at times far too rapidly, but Rome did not. For the second time I found a city no different from the one I had left.

Fellini never seriously pursued the book. As for the puma, despite the closure of the traveling circuses, I remain magically convinced that it’s still out there, by now an ancient sage, if not a symbol of this slick and opportunistic city that always finds ways to escape the modern, preferring instead to walk a tightrope made from the thinnest (if most enduring) of acrobatic strands.