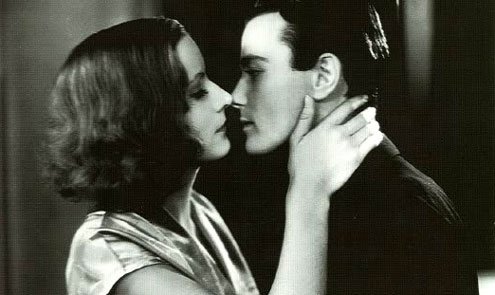 he woke up clutching a pillow. Light poured in the window and caught flecks of dust in holograph-like streams. Her sheets lay tangled at the foot of her bed.

She made her way blearily to the kitchen and opened the faucet so that the water would chill. While it cascaded over the crimson-stained wine glasses in the sink, she looked at her face in the bathroom mirror.

Her mascara had collected under her bottom lids in a fine black dust. There were long red track marks on the side of her neck.

She covered her face with her hands and inhaled deeply.

She could smell him on her palms.

And then she could smell him everywhere. On her hair the sharp tin scent of his underarm where she had laid her head during the few final minutes. He had draped a heavy arm over her torso. She quivered at the memory of his fingers tap tapping on her lower belly and tracing the ridge of her hipbone.

He had teased her into a state of fast-breathed rigidity, and finally pulled her close and kissed her goodnight. On her lips, her eyelids, and the side of her neck.

He had let himself out.

She sat in the windowsill and sipped from the ice-cold glass. It frosted and sent little rivulets down her wrist.

She recalled how they’d tumbled out of the cab; he swiped at the credit card machine while she fumbled for her keys — both of them ebullient after a bottle of wine and an untouched appetizer. They’d fallen against one another with every jolt of the car and watched trees and buildings and the still, sleeping neighborhoods fly by — never fast enough.

They had hardly stepped in the door when he grabbed the back of her hair and pushed her up against the kitchen wall. She remembered sliding down it. The threads of her dress caught on the uneven painted surface. Fleeting concern for unspun silk. Her dress lay in a tidy heap by the refrigerator.

They were the last to leave the restaurant. The tea light on their table had burned out hours earlier, and when the server shut off the last lamps they gathered his hat and her handbag and hurried outside into the turbid August night.

On the corner they exchanged words like “next” and “drink” and “place” until he silenced her with a fingertip to her lips. He outstretched his other arm and hailed a taxi.

She had arrived at the bar on time. He was fifteen minutes late. She had ordered a seltzer and sipped it slowly. Only five percent of her believed he might not show up.

He appeared in a haze of light. It shone around his tanned face and played off of the creases around his acorn-shaped brown eyes when he smiled.

They sat opposite each other and leaned in. She studied the tiny lines around his mouth, and loved the way they widened to parenthesize his smile. Straight, white teeth. They were almost disarmingly perfect. She ran her tongue along the back of her lower incisors and felt her lips touching involuntarily.

But soon he was making her laugh, and the scar that jagged through his eyebrow somehow put her at ease.

They ordered wine and drank it. Barely touched the sauté of mussels they’d ordered to share.

In those first few hours they watched each other take human form. In the few weeks they’d been writing online, each had fashioned the other into his and her ideal image. Now, face-to-face, they breathed life into words and pictures, annihilating expectations constructing new ones.

She remembered the photo that had first caught her eye. His jacket collar was upturned and blown up across his face. Wind throttled his hair sharply to one side.

He had appeared in a search one evening well after midnight. She waited until morning to email him.

He didn’t wait to respond, and did so with calculating precision, weaving word upon word.

She was delighted and pushed suspicion and cynicism to the far reaches of her brain. She had painted her toes magenta and curled her hair.

She finished the water and washed the wine glasses with care. Their stems were delicate; their edges smudged with sweat and stained in cheap Cabernet.

She gathered the sheets from the floor. The edge of her purple lace panties stood out against the white.

She dropped the whole lot in the laundry basket and turned on her computer.