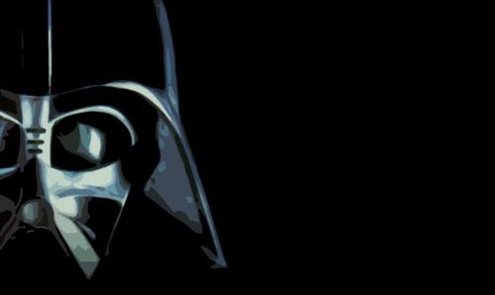 Il mondo, tutto intorno a te” — and closing in.|
B

ill Gates is a picture of Globalization. Microsoft’s latest ad campaign recommends you “Start Something.” Central Rome is filled with “start something” posters. But do Italians get it? Do they get the water-cooler colloquialism, the relentlessly American jargon-mongering? Probably not.

Idioms move more slowly than the cultures that make them. If only we didn’t insist.

In 2000, Sandra Bullock made an innocuous movie called “Miss Congeniality.” The hero is a woman undercover cop who “infiltrates” a beauty pageant. Anyone who knows American folklore knows Miss Congeniality is the prize given to sweetly imperfect contestants. Since Bullock is a messy cop-turned-pretty woman the title is an ironic double-entendre.

The sequel got even less love. “Miss Congeniality 2: Armed and Fabulous” was “Miss FBI: infiltrata speciale.”

What does “Armed and fabulous,” unabashed cliché based on “armed and dangerous,” say to bella figura Italians? Nothing, except that hackneyed phrases irk more than amuse.

A TV ad for a major Internet company features a sexy woman inviting viewers to sample “the power of the network.” She speaks bedroom English in an accented voice that sounds like Bella Lugosi’s niece.

It gets worse. “Will & Grace” character Jack MacFarland is dubbed into Italian singing Madonna’s “Material Girl.” Silly doesn’t capture it: The inflection is that of a castrated seagull. Not fun.

Even translating anger can go south.

Tutto questo? What exactly is the “all this”?

Finch’s rant is literal. He’s the eloquent idiot savant. But paranoia rules anti-state Italy: tutto questo is the world as managed by “Loro,” the planet’s veiled puppet-masters. You don’t accuse here; instead, you loathe the “all this” to which you’re compelled to submit. It’s a society of professional victims. Finch’s outburst is active, Italy’s dubbing passive.

And just when you think it can’t get any worse (“serial killer” like cereal, Bill Gates as Beel, a sweater called a POOL) the infamous STAR WERS shows up.

So Darth Vader got a name-lift.

First, he was elevated to bad-boy gentry heaven. He was made a Lord, as suitable place as any to begin the slide from entitlement to evil.

The Lord gave him the kind of educated, class-system power Italians associate with dark side villains, or did in 1977. Bad guys look meanly upon their lowly minions.

So much for Miss Congeniality.

Elsewhere, Han Solo became Ian Solo, not surprising given the Italian language’s dislike for words beginning in “h” (though Harrison Ford doesn’t look anything like an “Ian.”) Princess Leia was modified to a more comprehensible Leila and Luke Skywalker left alone to become an elongated “L”-word with intermittent “ooooooo” sounds.

But the Lord still got the most attention.

Sure, he’s theoretically possible. Imagine “Dart,” call him 6-foot-2, maybe a surfer; you dated him until he dumped you for an exotic dancer called Mimi Maybe.

Sure, Sir Lord Baltimore produced pre-heavy metal in the late 1960s, but that was just mischievous Louis and Joey, guitar-playing brothers out of Brooklyn who didn’t understand volume control. They weren’t out to conquer the universe.

I suppose you could also toss also in Tamás Féner, a Hungarian photographer involved with the never-to-be-movie-blockbuster “Bohóc a falon” in 1967. But Cold War Féner wasn’t the aristocratic type.

When a studio finally got around to releasing “Bohóc” in the West, its English title was Lord Feneresque. It was called “Clowns on the Wall.”