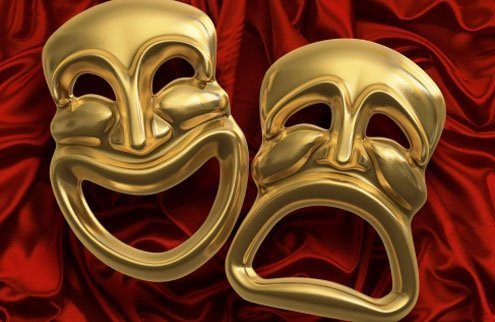 Insisting on good cheer when the reality is the opposite can be a recipe for depression.
W

hen some people learn I’m a psychotherapist, they often ask me how I can stand the “negativity” patients pass on over the course of a day. I actually never considered that an obstacle. I don’t like books with sad endings, and if things start going badly for a character I like, I tend to peek ahead. If necessary, I’ll just put the book away. But I’ve never understood “negativity” as a problem.

We seem to love comedians who complain. The more vociferously they complain, the funnier they are. Their negativity doesn’t bring us down, quite the contrary. Negativity isn’t the real problem.

In fact, among many interesting studies on the subject, I once came across one in which a group of college students was asked to keep a normal day-to-day journal while a second group was asked to focus on their complaints. The complaint group suffered fewer and less severe illnesses (or absences caused by illness) than those asked to write about the day-to-day.

Clearly there’s something important about complaining; some positive dimension. “It’s good to complain,” I heard a fellow therapist once say, “and I’m the complaint department!”

From my perspective, the real downer isn’t “negativity” but the constant effort to see a “bright side” when the reality is actually dire and dreadful.

Some people are unable to complain. They can never shed a tear (for themselves, at least) or rage against what’s unfair or what’s happened to them as a result of spite or indifference. They smile through it all, put up with hurt, and seek the “positive.” But what’s positive about being hurt? What’s the bright side of being neglected? How can a loss make you smile? What’s good about someone wanting you to suffer? Some people believe that showing sadness or anger makes them a burden to others, so they try to avoid it.

While growing up, many had to boost depressed or needy parents. Some were made to feel they were selfish or self-indulgent if they felt sad, or destructive if they felt angry. Some never learned the difference between feeling and acting. Merely feeling angry came to be perceived as dangerous while feeling sad was to impose on others. Most never experienced the relief that understanding their sadness or anger can give. Instead, they were made to feel guilty about these “negative” emotions.

With time, they learned to smile in the face of loss and death. They put a positive spin on spiteful acts against them. Everything was “fine” or “great.” They were always “up” — until they came crashing down.

For some youth, expressing complaints or anger meant family isolation. They were sent to their rooms to cry alone. There was no understanding parent to listen or hug them. They were told to respond to anger verbally or intellectually but not emotionally. “Use your words,” they were told. Except that a small child doesn’t have words for anger or distress. These children may grow into adults who are remote from their feelings and seem false. Some eventually become depressed “for no reason.”

Depression was traditionally associated with loss because many patients experienced severe losses in their childhood — a mother, a father, a beloved relative or friend. But it’s not loss itself that brings depression. Loss mourned among those who allow the grieving person to express deep and complex feelings (sadness but also anger, fear, and emptiness) can help keep depression at bay. The key is understanding and comfort. But when such feelings go unacknowledged or are rejected, they become like a foreign objects in the body. A cyst forms around them and they can stay dormant, only to later release a seeping poison that leads to those seemingly inexplicable feelings we call depression.

Again, it’s not the loss itself. It’s the unexpressed and inexpressible nature of the feelings being experienced. The feelings can be outrage or indignation at maltreatment or neglect; they can be sadness for a loss or separation, or the true self’s aspirations being dashed and unfulfilled; they can even resent being made into caretakers — prematurely — when they feel they should still be the ones being cared for.

Those taught not to express “negative” feelings don’t know to defend themselves. When they’re taken advantage of, they stand pat and don’t complain. When they’re being hurt, they try to “think positively” and “let it go.”

In the end, many let others abuse their feelings because they are unable to stick up for themselves. They stop being able to act on their own behalf. They stay in bad relationships, absorb hurt, and are repeatedly taken advantage of. Or they just become depressed.

Often, the therapist’s job is to help people tell their sad stories, listen to those stories, and not let them shatter us. We’re the complaint department.