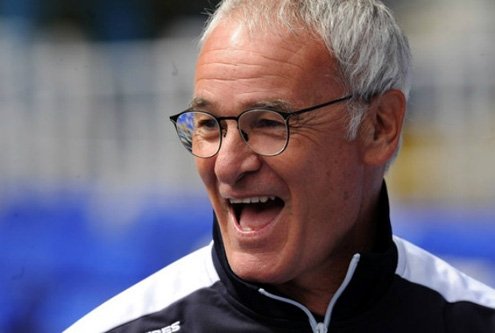 alse dawns, fading stars, and philosophical doubts typify the tumultuous careers of even the most successful football managers. Very few CV’s within the industry exhibit a clear and logical progression.

If the norm is defined by a bit of turbulence, then Claudio Ranieri’s CV looks like the result of a sugar-addled toddler being given a blindfold, a giant canvas, and a 64-color Crayola box.

With the journeyman label already firmly under his belt, Ranieri was sacked from his role as Greece manager in November 2014 after losing against the Faroe Islands, a team then ranked 187th in the world. The head of Greece’s football federation was moved to issue a public apology for the national embarrassment caused by the Italian’s mere four-game stint in charge.

One year later, Ranieri finds himself at the reins of Leicester City, a smallish club from the British Midlands whose position as joint leaders of the English Premier League after 14 games has the whole football world in disbelief. While the likes of Sassuolo and Celta Vigo are punching above their weight in their respective leagues, no team in the major European championships can rival the Cinderella story that is Leicester.

The majority of the media frenzy surrounding Leicester City has focused on the players, and rightly so. Folk hero Jamie Vardy, who played semi-professionally just three seasons ago, leads the Premier League in scoring and just eclipsed ex-Manchester United great Ruud van Nistelrooy’s record for most consecutive league games with a goal (11 is the new record). Vardy’s style — full throttle — reflects the team as a whole, and defies the typical reputation of the conservative Italian manager.

If Vardy’s story is an easy one to spin, then Ranieri’s is far more perplexing. In terms of successes and failures, geography, size of club, and tactical methods, few managers have experienced the same variety.

At a first glance, Ranieri’s figure resembles an imposing and unforgiving disciplinarian. He typically sidles up to the touchline with his arms crossed over an elegant suit, a distinct frown settling over an abrupt, protruding chin. Together with his receding grey hair, combed forward and slightly unkempt, he resembles the bust of an important Roman general. Ranieri was born in Rome in 1951.

But behind those misleading face muscles, Ranieri is a light-hearted and jovial spirit, regarded throughout his career as a consummate gentleman. Beyond rewarding his Leicester players with pizza when they shut out an opponent, he has repeatedly handled adversity with grace and humility.

After managing several clubs in Italy and Spain, Ranieri was hired by Chelsea in 2000 and in his fourth and final season led the Blues to their highest league position in 49 years as well the Champions League semi-finals. Ranieri’s final season, however, was Chelsea’s first under Russian billionaire Roman Abramovich, and Ranieri’s results — after splashing £120 million in the transfer market — were still not good enough. Ranieri left Stamford Bridge in 2004 with his head held high and a fan favorite.

On numerous occasions, Ranieri has been the victim of suddenly heightened expectations and trigger-happy owners. He led a depleted Juventus to third- and then second-place finishes in their first two years back in Serie A after the calciopoli scandal, but was subsequently fired. At French side Monaco he was cast aside by another Russian billionaire owner, Dmitry Rybolovlev, despite winning promotion and the Ligue 2 title in his first season and subsequently finishing second in Ligue 1 to well-established and financially mighty Paris Saint-Germain.

At the other end of the spectrum, Ranieri has also worked with teams without enormous resources. He first made a name for himself by earning promotions at both Cagliari and Fiorentina. In 2007, he joined Parma halfway through the Serie A season and steered them away from relegation. Survival was the initial goal for Leicester this season, until they turned the Premier League upside down.

From a tactical point of view, the most enduring memory from his time at Chelsea was his constant rotation of players and altering of formations. The “Tinker-Man” was born and the nickname remains popular today.

When he left Chelsea and the club subsequently won consecutive Premier League titles under Jose Mourinho, the common refrain was that Ranieri had been capable of building a title-winning squad but not leading them to victory. The core of the winning Chelsea teams — including John Terry, Frank Lampard, Claude Makélélé, and Didier Drogba — was signed, developed, or identified by Ranieri. The same would be said about the squad he compiled in his first spell at Valencia, which would reach greater heights after his departure.

Now at Leicester, the script has been reversed. Ranieri has adapted to an up-tempo style of play that matches the strengths of the players he inherited from previous manager Nigel Pearson. Once again, he has resisted those who want to place his skills and limitations neatly into boxes.

Ranieri’s ability to manage teams of all stripes — rich, poor, Italian, Spanish, and English, expansive or conservative — is exactly what defines him. Those who discredit his methods by pointing to his lack of trophies, or to the odd failure in Greece or in his second stint at Valencia, are missing the point. In a profession that hinges so often on timing, luck, and tiny margins, where successes are often a matter of perspective, he has taken risks and improved most of his teams. Ranieri always finds a job, and there is good reason.