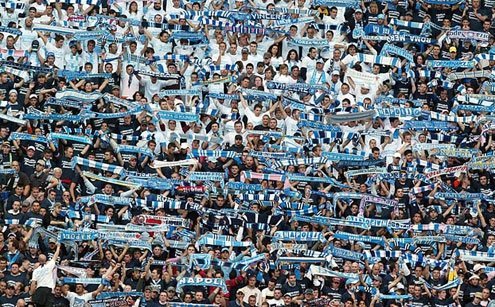 y first six months in Naples was spent desperately trying to shed my Americanisms and become Neapolitan. This was a hard sell. I am blond, blue-eyed, impossibly pale — and, despite my best efforts, speak Italian with a distinct accent.

Still, I renounced un-Italian things, like artificial sweeteners and flip-flops, thinking it would help me become one of the natives. I adopted Neapolitan habits, such as refusing to drink cappuccinos after 11 a.m., even if I didn’t understand the purpose behind them.

I even begged my husband to stop ordering Limoncello with his pasta dishes at restaurants, a habit that regularly drew puzzled looks from our Neapolitan waiters.

“No one does that here,” I told my husband, reminding him that Italians only drink the lemon-based liquor as an after-meal digestive. “It’s so not Italian.”

I didn’t realize back then that I was embarking upon an impossible quest.

We could drink as much espresso as we liked, devour new vocabulary words by the dozens and host dinner parties for our Italian friends, but we’d still be American.

It hit me one Saturday when I took a ferry to Procida, the smallest of the three islands in the Gulf of Naples.

My two friends and I went to a solarium, a place where visitors’ only goal is to lie in the sun under an umbrella and drink cocktails.

The concept was completely foreign to me. Even when I travel on vacation, I keep a strict mental itinerary and have places where I’m supposed to be.

But this was part of why I came to Italy: To learn how to lie on a beach without pounding away on a laptop.

I willed myself to don my electric blue string bikini (dating back to when I kept a regular gym schedule) and lay back with a glass of Prosecco.

I felt at first like I was in Corona beer commercial. I had never understood what people were doing in those commercials, anyway. Weren’t there better things to do than lie on the beach drinking?

I chatted incessantly with my two companions for the first three hours, unable to silently lay on a cot in the sunshine.

Eventually, I took a deep breath and stopped talking, gazing out over the water toward another green, tree covered island. I watched the Italians lying peacefully in the sun, and understood I had been missing the point.

No one cared here about whether your abs were tight or your legs were pale or what you had to do on Monday. Relaxing here was a worthwhile activity. And, for people in most parts of the world, it was a perfectly normal one.

So I ordered another spritz, shut my mouth, closed my eyes, and let the next two hours pass in a state of near-slumber.

Riding the ferry back home, I felt I’d begun to unravel a mystery that continued to elude me about Italy: the lure of the beach, or doing nothing. This was the same concept of dolce fare niente that every book or movie about an American divorcee moving to Italy explores ad nausaem.

Undoing my addiction to frantic productivity was going to take more than just one beach trip, however. This was something deeply lodged in my identity, something I learned while being raised in an American home focused on achievement and self-sufficiency.

That’s not something I can hide by buying Italian clothes, learning the Italian language and drinking Italian wine.

“Piano, piano,” the Italians would always tell me when I lamented how slowly I was learning their language. “Slowly, slowly.”

This phrase used to frustrate me to no end. What was wrong about wanting to learn velocemente?

I now realize that just by worrying about how quickly I am succeeding at becoming Italian, I reveal how American I am.

So today when my husband wants to order Limoncello before lunch, I just smile and tell him to go for it.

We’re not fooling anyone into thinking we’re Italian anyway.