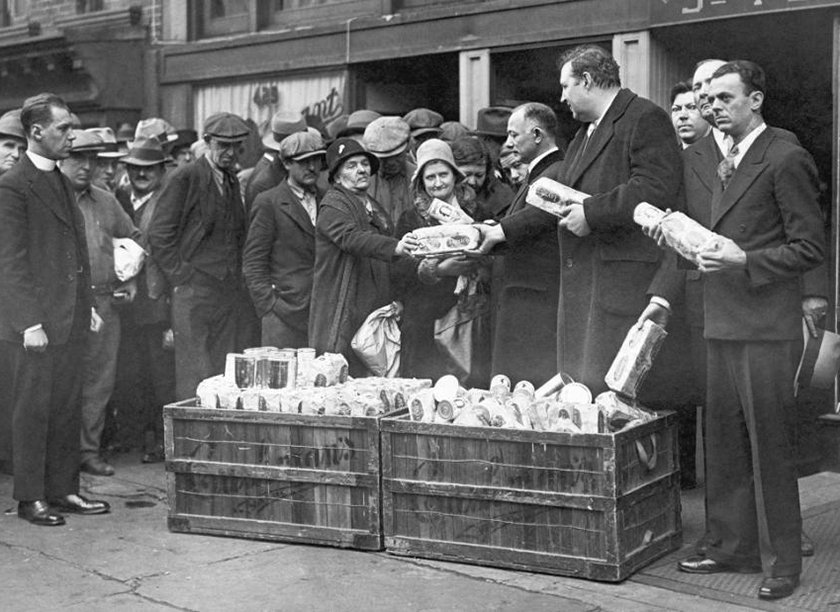 Food and hopeful words went a long way when no end seemed in sight...
I

agreed only reluctantly to have dinner with a friend and several of his acquaintances on the last day of June. Reluctantly not because of the virus but because I frankly wasn’t up for the polemics my friend’s gatherings usually provoke. But my late wife liked him, so I finally gave in. I should have followed my instincts.

When I arrived as a normal human I was immediately handed a mask and gloves, which my friend had in ample supply. Of the six people present, two had demanded full safety precautions. This meant that we were eventually assigned spots in my friend’s living room, spots he’d in fact circled in chalk, having measured out the correct distances.

I don’t like these kinds of rules but I do respect the rights of others to behave as they see fit during an emergency. For a while I simply sat on a futon and listened, since of those present I knew only my friend well. We’d gone to college together and both belonged to various protest movements in what my generation likes calling “the day,” as in, “Back in the day…”

The orthopedist said that between 50 and 100 million people would have died globally, if not for preventive measures.

One woman, a doctor at a local Chicago hospital, immediately began discussing the virus and how she’d been all but sidelined, since her specialty is orthopedics. “I’m doing a lot of consults online and leaving the other stuff to emergency rooms,” she said. “I’m glad for that since we can’t be too careful, and we have this madman as a president.”

She then said that she believed between 50 and 100 million people would have died globally had preventive measures, including lockdowns, not been introduced early on, despite the “madman” president’s misgivings.

“Who cares about the economy when you’re looking at a 100 million dead.”

I finally piped up, asking her which it was, 50 or 100, since with figures that grand there must be some sort of yardstick.

“Doesn’t matter,” she replied. “You get the gist. Lots and lots of people.”

I paused for a moment to reflect on that number, since all the wars of the last century combined hadn’t produced that many military dead. And even the Spanish flu that preyed on the sick and the injured beginning in 1918 failed to hit that number.

“When millions of people are dying,” she added, “I don’t think people are out to know if it’s 22 million or 23 million. You’re just scared shitless you might be one of them.”

Point taken, so I fell silent. My friend then discussed the chicken dish he’d made but his fondness for spices and sauces just wasn’t flying, not with this group.

The husband of the female doctor suddenly said, “You know, FDR was such a liar. I don’t know why he’s so revered.”

I was again stirred from my chalk circle, this time more avidly, demanding to know what exactly the man meant.

“Well,” he began, “in that famous inaugural address in 1933, when he told people ‘you have nothing to fear but fear itself,’ he was lying through his teeth, just trying to gloss things up. Of course people had something to fear…”

He then explained that “fear itself” was inane as a concept.

People had hunger to fear. They had joblessness to fear, and eviction. White-collar people lost everything, which was scary. The Midwest was entering into drought, also terrifying. Everyone in the Great Depression period had specific reasons to be very afraid and FDR did no more than soothe them with “meaningless” rhetoric.

As far as he was concerned, the man added, FDR shouldn’t be in anyone’s pantheon of heroes since most of his New Deal programs didn’t even work. “I’m scared shitless now, that I won’t ever be able teach again, let alone get tenured. COVID scares me. As if I need cute phrases to make me feel better…”

At this point I decided I’d had enough of the outing, even though the chicken wasn’t done. My mask itched and my hands felt clammy. I was tired of revisionism and the word shitless.

I rose from my chalk circle, at which point the FDR man, who was nearby, recoiled. “Don’t worry,” I told him. “I really don’t feel well and I’m going home.”

“Have you gotten tested?” his wife asked. “You should.”

I was tired of revisionism and the word shitless.

That suggestion for whatever reason caused me to snap.

“Listen,” I told FDR guy. “I get what you’re saying, but you could really use a time machine…”

FDR, President Franklin Delano Roosevelt, knew a great deal about rhetoric. He also had a basic understanding of human emotions.

People at the time were scared, so scared in fact they felt both disoriented and paralyzed. And desperate. All FDR was trying to do was put a lid on national panic, which had become that era’s “new normal,” which saw unemployed men in bare-knuckled public fights and couples sign up for marathon dancing, days of it until others dropped, anything and everything just to make a buck. He knew that without emphasizing the importance of the idea of national morale all would come to a standstill or turn violent across the board. So he decided to try to play optimist in an impossible situation. That was only the first part of the strategy, as much a gut level fix as it was a political one, to make people feel a little more secure under dire circumstances. He considered that part of his presidential obligation, and because he lifted the spirits of so many people, many cried in public when he died in 1945.

My uncle, I told the man, called FDR his “father figure,” someone he’d think of when things were out of sync, or just plain bad. He admired FDR for rarely talking about his polio. He felt like he had someone who cared for him. That may have been a fiction, in fact it probably was, but since perception matters, so did my uncle’s feelings.

I was now standing up in my chalk circle.

“You guys talk to me about 50 million, 100 million, and tell me FDR was a fraud for trying to calm people down. Don’t you get it, that if someone talked to you that way now, hopefully, instead of telling you day-after-day how awful everything is and how you might become infected, that this virus was a passing thing, something we’d eventually conquer, don’t you think that would help? Don’t you think bad news is contagious, because if you don’t you’re in for a rough life. So please, guys, stop with the doom and gloom and numbers and curves being scared shitless, and try a week of FDRism, as in knowing your worst enemy is giving that enemy the space it needs to make you obsessed.”

My friend, who had a pot-holder on his right gloved hand, told me he’d walk from my circle to the door.

At the doorway, I heard FDR man mutter, “What’s up with him?” and his wife say, “Those are the kinds of deniers who’ll get us all killed.”

At home, I microwaved lasagna and then listened to Dylan Thomas read his poem, “Do not go gentle into that good night,” which contains the words I think of when stuck in chalk circles, “Rage, rage against the dying of the light.”