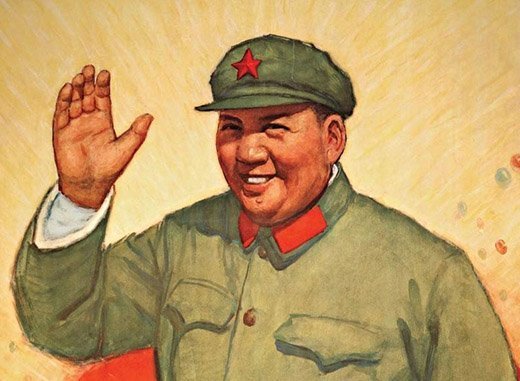 e have a dear, sweet cat that we love with all our hearts in spite of her propensity to sit in our laps, knead, drool, and shed her thick fur on us — all this at the same time.

In our house, it is unwise to sit down on the sofa if the next thing you plan to do is leave the house for a job interview. Or for any purpose that might entail public scrutiny.

But this essay is not about the cat, fascinating though she is.

Last December, we were preparing to leave on a trip to Lebanon. I was at the home of our next-door neighbor to give her the key to our house so she could look in on and feed our cat in our absence. We were chatting, as we do, about what we were reading and planning to read, when my neighbor remarked that she was planning to shake her reading list a bit and go back to Charles Dickens.

This statement triggered in me the recollection that I had, in my attic, a box containing thirty volumes of the collected works of Dickens. I inherited these from my mother, and the box had followed me around, unopened since 1999 when I moved to the East Bay from the city of San Francisco.

I had, in my attic, thirty volumes of the collected works of Dickens.

“Perfect!” I said to my neighbor. “Don’t buy anything! I’ll bring my box of Dickens’s works down from the attic before we leave and when you come over to take care of the cat you can pick out what you like.”

And so, before we left for the Middle East, I brought the box down from the attic.

In the end, I think my neighbor was daunted by the many choices and opted for a nice Martin Cruz Smith novel instead.

When we returned from our travels, I found myself confronted with this Pandora’s box that I had opened. No way I was going to carry it back up to the attic. What the dickens to do with all the Dickens?

I examined my bookshelves and decided it was high time to prune my collection of Chinese communist literature. I had held on to this stuff since the 1980s, intending to write the great American critique of the gnomic idiocies of Chairman Mao and his merry band of mass murderers. But we have long since passed the historical point at which anyone knows or much cares about the collection of creeps who set China on its present historical course. They know still less about the relation said creeps had to their counterparts in then-Soviet Russia, which at one time was one of my favorite subjects of conversation.

In the spirit of crazed life reorganization we all succumb to now and then, I started pulling all this superannuated propaganda off the shelves.

I’ll never again wake in the morning to see the spine of “How to be a Good Communist.”

But what to do with it? The recycling bin? That seemed a shame. Surely I could donate it. But where?

A brief internet search brought the answer: a bookstore in San Francisco specializing in Left-wing literature and ephemera. I called them up. Would they take some of this stuff off my hands? Yes, they would.

So I hauled a couple of shopping bags full of this very dated toxic waste down to the bookstore. A nice young man looked carefully at the contents of my bags and said, cautiously, “Eighty-five?” My immediate impulse was to run, thinking he wanted to charge me money to take the material off my hands. But then I realized he was offering to pay me. “Dollars?” I asked incredulously.

The check trembled in my hands as I headed for the nearest bank.

Never again will I wake in the morning to see the spine of “How to be a Good Communist” staring back reproachfully at me. That book, incidentally, was written in 1939 by one of Mao’s great friends and comrades, Liu Shaoqi. In the early 1960s, Liu was Mao’s designated successor, but fell out of favor during the Great Cultural Revolution. He was arrested and denounced as a “capitalist roader” in 1967, and spent the rest of his life being beaten in public during pro-Mao demonstrations. Mao’s wife Jiang Qing insisted that he should not be killed outright before the Ninth Party Congress in 1969 where he was paraded as a “living target” for the edification of the very people who, some decades later, turned China into the capitalist paradise it is today.

At the end of the Congress, the saintly Zhou Enlai read out the Party verdict that Liu was a criminal, a scab, and an enemy agent in the service of imperialists, revisionists, and the Kuomintang, the outlawed Chinese nationalist party. Having served his exemplary purpose Liu was finally killed on Nov. 12, 1969.

Dollars deposited, I said good-bye to all that.

Now, Dickens’s “Bleak House” is in my sightline on the shelf, and so much cheerier a sight in the morning.