The case for radical empathy 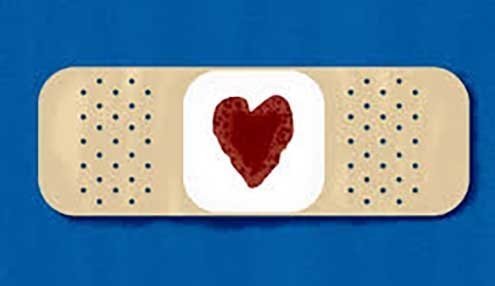 Tough love is sometimes best set aside in favor of deeply held empathy, lest wounds deepen.
I

first began hearing the expression “tough love” some years ago and it immediately sounded to me like the grating sound fingernails make when pulled across a blackboard. It also seemed self-serving — like an excuse to treat needy or dependent people badly and justify it by calling it a form of love.

No doubt many who apply so-called “tough love” are in good faith. They’ve probably been convinced by other well-meaning advisors — teachers, writers, counselors, dare I say psychotherapists — about the merits of the method. For desperate parents, that can sometimes be enough.

It can also be enough for some therapists in their dealings with “difficult patients.”

To me, the “tough love” principle seems just another variation on how to respond to the bromide “give ’em an inch and they’ll take a mile.”

Let’s take some fictionalized “difficult patients” — unrecognizable cases drawn from my experience — as examples. Some are referred to me apologetically (“I’m sorry to send him to you, he’s really difficult.”) Hearing this preamble, some therapists tighten up their technique, reinforce their boundaries, and adhere even more rigidly to their own inner rulebook.

At times it’s the patient himself who — and it’s sad to hear — defines himself as difficult. “I have anger management issues,” a patient might tell me, to which I reply: “Well, you must have something important to be angry about, and that’s what we’ll have to figure out.”

The anger is sometimes directed at me, the therapist. Those able to show anger are already on their way to getting better. To my mind, the truly difficult patients are those that never really interact enough to get angry — or needy, or impatient, or demanding. These are the patients that take longer to reach and longer to help.

Some “difficult patients” tell me they resist engagement, to which I inevitably reply: “Well, you must have a pretty good reason for that. You don’t know me. Why should you trust me? Take your time, observe me, see if I’m someone you can trust.” Or I quote from Bernard Brandchaft’s inspiring book (the title says it all: “Towards an Emancipatory Psychoanalysis”): “Resistance is the attitude of heroes in the face of oppression.” I tell them they’re heroically guarding their Self against a potential oppressor.

Surprisingly, the needy patient — the one who tends to call frequently — is often reassured by a willingness to receive those calls. One patient told me he’d been deeply depressed the previous night, even contemplating suicide. I asked him why didn’t he call me. He’d done that once, he said, and knew it wasn’t hard to reach me. This time, he figured, he’d wait and see how it went. If it had gotten worse, he would have called.

Another patient instead complained about everything: my schedule, my office, the chair, and the temperature in the room. She’d even confuse appointment times and then blame me. Later I had to see her in a different office — and on one occasion she was very late. When she finally did arrive, soaking wet from rain, she blamed me angrily for giving her poor directions. She even blamed me for a mud puddle that ruined her new shoes.

I was about to pull out my phone to compare the directions I’d given her with the ones she’d followed when I realized this was not the real problem. Instead of blaming her I apologized profusely for making her late, since I knew how much she needed to see me. Interestingly, later in the sessions, she mentioned how difficult she must be to work with.

Life can be very harsh to some people and they bear the scars. They’re highly attuned to what they see as potential threats. They thrash and flail with need and fear. Their paths have been strewn with shards of glass, broken scissors, fallen wasp nests.

Should we bring out the “tough love” — the “if you treat me like that again I won’t see you any more?” Or should we clear their path by bringing out the heavy machinery of radical empathy? You may cow someone with tough love, and may even appear to win, but if you want to change them, you have to get rid of the painful obstacles, not add more. I like to think of therapy (but also other situations involving nurturing and growth) as similar to that crazy sport curling. The stone is sent skidding across the ice, but the players don’t push it, they only sweep away the snow in front of it so it can go in the direction it needs to go.