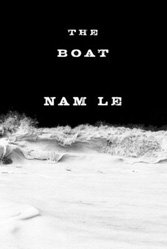 Melbourne-born Na Le, whose family escaped Vietnam on a boat, wants no part of the immigrant experience pigeonhole. The first three stories in his debut collection feature a deft Vietnamese look-back (a father and son reunited at a writer’s colony), a Colombian drug vendetta narrated by a teenager, and the narrative of a despondent and diseased Manhattan artist who wants to see his estranged cello-playing daughter again. Later, Hiroshima and Tehran make an appearance. But it is in “Meeting Elise,” the cello story, that Nam firms up his goal, which is to globalize alienation (“dread and delirium”) by ignoring national and ethnic labels. His is an international, time-warping hopscotch that never strays far from varnished melancholy.

He falters when he tries too hard. “Halflead Bay,” an Australian-based coming of age story, and misstates soccer for rugby, or vice versa, a minor flaw were it not for the leadenness of the family ties and too-elegiac prose (“For centuries, fleets had broken themselves against the teeth of that coast.”) Ignoring the less-is-more maxim undoes the autobiography-singed title story, about a teenaged girl fleeing Vietnam. “The storm had forced people into their privacies: the presence of others now assailed each person’s solitude in facing up to the experience of it all.” One sentence, the first, did the trick. Still, there is much here that is both beautiful and promising.