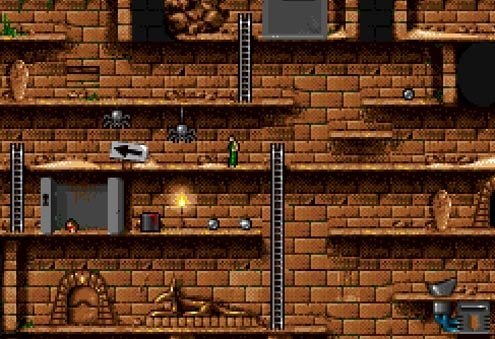 Trade sex for career "help" at your own peril.
I

I recently had a client named M, a man in his mid-50s. I usually veto that age group but I liked the sound M’s voice, which had a narrator’s masculine sound. My “musical” ears took to it and I agreed to a preliminary meeting with him.

Up close, M wasn’t bad looking, no Richard Gere but well groomed. It helped that we shared the same passion — music. M said he was a producer with plenty of contacts in the show business world, something that made things interesting for both of us. We also got along well. He spoke firmly and confidently. Though my attraction was more mental than physical, a job is a job.

Our later hotel room encounter moved slowly. First, he just wanted to lie down and talk. He asked about my life, my plans, my musical tastes, the songs I wrote, and how I saw my future. We even discussed my living arrangements (I told him I’d finally decided to get my own apartment.)

Then, the direction shifted.

“You know,” he said abruptly. “I really like you. You’re different. And I’m not just talking about the sex. You’re totally not a typical 21-year-girl. I’d like to help you. How about my paying for your new apartment?”

This offer came after we’d known each other for a little more than an hour and before we’d had sex. Inside, I couldn’t help but snicker.

My life experience, including watching the relationship between my parents, taught me what it’s like for a woman to depend completely on a man. As a girl, I promised myself that I’d never let it happen.

I thought to myself, “What would I get accepting it?” The answer: Maybe a free apartment. “And what would I give up?” No maybes in that answer: My independence, and with it the freedom to live my life and make my own decisions.

M’s logic reflected typically possessive male psychology. He liked me and wanted to transform that liking into a kind of control. Men want to “own” what amuses them.

My refusal surprised him, particularly given how many young women my age prowl for “benefactors,” basically men who pay their bills. Plenty of them wouldn’t have thought twice.

After the apartment discussion, he started kissing me, which became the worst part of the meeting. M tasted like an ashtray. I smoke and I’ve kissed a lot of smokers. A slight taste of tobacco on a man’s lips doesn’t bother me. But M was disgusting. So I put aside his oral ashtray and switched to oral sex.

He soon worked his way back to the benefactor theme: “You know, you could be a really interesting character in the show-business world.” I was naked. He asked me to stand in front of him. I’m shapely, not a rail-thin model, which I’ve always liked about my body. I know I’m sexy.

“Mio Dio! Perfect!” cried M. “Your perfection is in your imperfection. How beautiful you are! You’re a muse.”

That was a first. I honestly didn’t know whether to be sad or glad (though I admittedly swore off dessert for the next week). But M’s comment was astute in its own way. And “imperfection” didn’t bother him.

Putting it perspective, I thought of it this way: I have sex with a man for money and I get money in return. When it’s over, he can’t get back his money and I can’t get back my services rendered. Based on those rules, everyone gets what they want.

But sleep with somebody in hopes of career advancement (which unlike cash isn’t tangible) means opening a dangerous door. You risk becoming slave. Sexually servicing a benefactor permits him to take intimacies you can never get back while allowing him the power (and in his eyes the “right”) to interrupt the relationship at will, ignoring the promises — if he ever intended to keep them. When that kind of bargain goes sour you’re much worse off than when you started.

He turned defensive, insisting he didn’t “want” anything from me. But I wouldn’t budge. “Okay,” he said after 30 minutes of wavering between sex and music, “Let’s try to do something with music. Just music and nothing more.”

I had my doubts.

The day before a meeting he’d set up to introduce me — he said — to some “influential” friends, I got a sexually explicit text. I wrote back, trying to refocus him. But it was clear. Boundaries didn’t exist for him. On the day of the meeting I told him I had the flu.