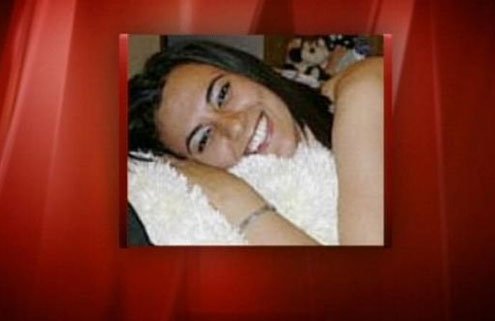 A shrine to Sanaa Dafani, allegedly killed by her father for having a relationship with an Italian man in 2009.
C

rossing Tony Soprano meant putting a “kill me” sign over your head. Tony did not distinguish among slights. His honor mattered. Damage it and you were guilty. Liability was absolute. So was revenge.

The threat of getting “whacked” is an ancient social control mechanism. The protection of kingdoms called for swift retaliation, some of it irrational. It kept people in line.

That still holds today in countries where religious and cultural mores are both strict and strictly enforced. Women have always been in the crosshairs. “Femicide,” the killing of a woman for gender-related motives has reached crisis proportions in immigrant-heavy European nations, Italy among them. Ancient values collide with Western culture to no good end.

Consider recent Italian headlines. In Pordenone, near Venice, a Moroccan immigrant is now on trial for allegedly killing his 18-year-old daughter after discovering she was having a relationship with an Italian man. Three years ago in Modena, a Pakistani immigrant was arrested with his son on suspicion of bludgeoning his wife to death after she defended her daughter for refusing an arranged marriage. In 2006, a Pakistani immigrant living in Brescia and unhappy with his 20-year-old daughter’s Western lifestyle slit her throat; he and two other family members received 30-year jail terms (“I didn’t want my daughter to be too free,” he told the BBC from jail in 2011).

Though honor killings are hardly limited to immigrant populations, the punishment handed down to new arrivals has sometimes been mitigated based on the killer’s religious and culture background.

Increasingly, however, some states are rejecting aspects of multiculturalism and fighting crimes against women by demanding that punishment match the crime, the norm in most secular states. After the Modena killing, an official of Italy’s largest Muslim umbrella group called such acts “a cultural scourge” and demanded heavier penalties.

Honor killings have a long tradition. For the ancient Greeks, revenge was a form of justice often celebrated in literature. But purity of motives sometimes wasn’t enough to keep an avenger from verdict and punishment, often at the hand of an enraged “innocent” with a different moral view of the ruling.

Aeschylus’ “Oresteia” trilogy tells of Orestes, who slays his mother and her suitor for the killing of his father, Agamemnon. Agamemnon had previously sacrificed his daughter Iphigenia, Orestes’ sister, to placate the Gods and let his ships sail for Troy. Instead being killed by an avenger, Orestes must face a trial by the Athenian Court of Areopagas with the goddess Athena among the 12 judges.

Female “Furies,” winged goddesses of retribution, insist Agamemnon’s murder should not have been avenged, since his wife, a blood relative, acted to avenge her husband’s murder of their daughter. For the Furies, it was Orestes’s matricide that was unjustifiable.

Apollo, Orestes’ defender and the god behind the plot, argues instead that a mother is simply an “incubator” of a father’s child, making the father the true blood relative.

The jury is split and is forced to acquit. Orestes is freed and the circle of revenge broken – ironically using the objectification of women as the tool and a court of law the arena for its demise.

That mythical story saw punishment move away from the concept of strict liability to one that considered and weighed evidence. However faulty the “evidence,” the rhetoric was undeniably brilliant.

In the modern West, women’s legal rights have evolved well past the objectified “incubator” stage. While the West can’t legislate in states were femicide is still accepted, it can take a strong stance against gender violence within its borders.

In 2011, the Council of Europe — unconnected to the European Union — adopted a plan, the Istanbul Convention, intended to combat violence against women and domestic violence, which Italy recently ratified (following a minute of silence for the many victims of such violence.)

Article 42 of the Convention calls on adhering states to not allow culture, custom, tradition and so-called “honor” codes to become a pretext for rationalizing or justifying criminal acts.

But the Convention won’t go into effect until 10 countries ratify it. So far, only Italy, Albania, Montenegro, Portugal and Turkey have signed on. But Italy’s willingness to ratify sent a strong signal about its commitment to stop femicide.

Though the United States is not a party to the Convention, it did pass the 1994 Violence Against Women Act. It seeks to limit violence against women by widening the investigation process and ensuring prosecution. Those convicted face full payback, mandatory restitution, for damages they caused.

These efforts are the newest attempt to place revenge under social control. They seek to protect women from objectification and killing through unconditional recognition of their human rights, upending Apollo’s reasoning, which objectified women as mere childbearing vessels. In his 1881 book “The Common Law,” Supreme Court Justice Oliver Wendell Holmes Jr. wrote that all law grows from revenge. You did it, you pay, no excuses. It’s the way it has to be. Tony would be proud.