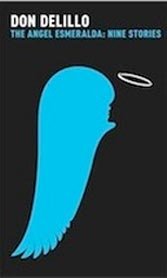 DeLillo’s stories are scavengers on a sparse beach. They probe detritus for content. They circumnavigate an inner space whose only constant is “… the routine havoc out there.” DeLillo is a grand veteran of compassionate claustrophobia, and these stories prove it. They also seamlessly span four decades, the first written in 1979 and the latest in 2011. They’re also an important reminder of DeLillo’s elite status among the great American voices of the last half-century. The best stories here represent his finest published work in a decade. Only DeLillo can transform a simple line — “People were leaving the city in radial streams.” — into a concentric reckoning.

In the 1983 “Human Moments in World War III,” two astronauts bide their time in wartime orbit, the humdrum broken by unexplained radio broadcasts from the past, “mock German, moonshine Japanese…” The newness of military methods fails to relieve “a core of foreboding and myth.” “Esmeralda,” the title story, unfolds in a Bronx of “…industrial desolation that breaks your heart with its fretful Depression beauty,” a perfect snippet, and uses a meticulous nun to observe “the singing of things outside the known deliriums.”

In consecutive stunners, “Midnight in Dostoevsky” and “Hammer and Sickle,” DeLillo turns up his hallucinogenic effects. In “Midnight,” college students Robby and Todd of compete with each other to invent lives of others (“We loved the idea of being everyday crazy”) until the spell snaps and menace emerges. In “Hammer,” in which convicted hedge fund felon Jerold Bradway (imprisoned among “men in Maoist self-correction…”) is compelled to watch his two daughters read incantatory financial news in a warping of reality TV. “The word is Dubai,” they intone.

This is DeLillo back in “White Noise” and “Mao II” gear, in which quiet chaos rejects the silent treatment and disrupts all known wavelengths. “Even the numbers are panicking,” say Jerold’s girls in unison, and all he can do is watch.