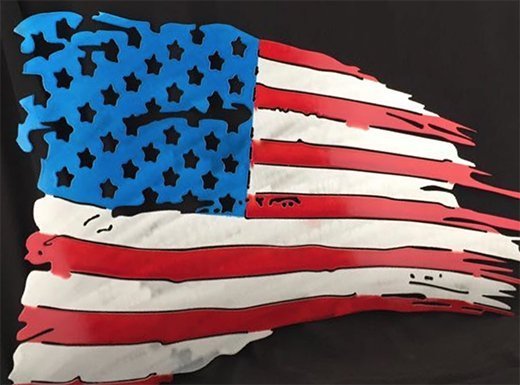 If Florentines are unbearable, where do you place certain Americans?
I

met an American couple in Florence last week. It did not go well.

But let me backtrack. It is very rare for me to travel to Tuscany’s capital. I’m not too keen on the city and, to me, Florentines are jerks. They treat all non-Florentines as a nuisance. Instead of expressing gratitude for the sort of tourism numbers the rest of the region would die for, they whine and moan and roll their eyes as they navigate the annoying crowds, no doubt strategically placed to impede them from getting an espresso. And it’s espresso daaaarling. Lord help you if you say expresso. Their withering stares can murder you before you’ve dropped the last vowel.

Cities in general make me antsy. I’ve spent too much time in a town where 70 percent of the population is geriatric and most of the palazzos are abandoned. Too many people get on my nerves. After three hours in Florence, my husband Giulio and I were itching to get out. But we were on a food tour and we were joined by what I imagine was a lovely couple from… why not say Missouri? Or Minnesota? Maybe Minneapolis? Somewhere in America’s “M” district. Let’s call them Paul and Marie.

It was their first time in Italy and they were doing with the kind of zeal every upscale couple brings to tourism when they’ve reached the backside of middle age. In other words, they had cash to splash and wanted take in local life to the fullest.

Living like a local on holiday is a ridiculous and nonsensical concept. You really want to live like an Italian? Okay, well we’re all scared shitless of what Matteo Salvini will do next — he’s the immigrant-hating interior minister who sees himself as an avenging god (but maybe, as relocated locals, you knew that). We have a teensy problem with racism. Our country is also slowly going bankrupt. We park our cars literally anywhere, but mostly in the middle of roundabouts. Oh, but our pasta is divine.

So it’s no surprise that Paul and Marie — whose real names I really can’t, or won’t, remember —got off on the wrong foot with us. Paul asked us if we lived in Florence. Not a bad question since Giulio is a Roman nose away from being an stock photo of an Italian. Actually, it probably wasn’t his looks that did us in. More likely the fact that we spoke Italian gave us away.

As I’ve often mentioned in this column, Giulio and I never communicate in English because the conversation starts and ends with all the swear words he knows followed by the declaration that he has spoken enough Inglese for one day.

Knowing they lived in an M-place, should I have replied: “How about you? Is the rent too high for you to live in New York?”

But there’s a reason why traveling Americans get a bad rap. (And yes, I am fully aware of the irony of penning a column about their clichéd rudeness in a publication called “The American.”) Normally I don’t subscribe to stereotypes, but who, tell me, starts a conversation with two strangers by calling them cheap?

We didn’t laugh. Well, Giulio might have laughed. His go-to personality with strangers is that of the affable foreigner. But I narrowed my eyes and clarified in the most patronizing tone imaginable that we lived in a country town far from Florence. In fact, more than 200 kilometers away (but did they know how many kilometers to a mile?)

As I was explaining basic geography to this man, I couldn’t help but wonder if America even had towns. You have towns, right? — the kind humans live in?

There are ignorant people in every country, but Paul and Marie kept the hits coming. Later in the evening, we were eating subpar pasta in a cavernous restaurant with a décor that unfathomably fell somewhere between subway punk and derelict garage.

Even after an hour, Paul was unable to wrap his head around the geographical location of our country town. Finally, the guide got out a map of Tuscany to see if she could help. Marie nodded in apparent understanding and then asked the guide to please point out Piedmont.

Piedmont is a region in northern Italy, with Turin its capital. It is so far north, it sits on the border with alpine France, she explained. The Winter Olympics were based there in 2006.

It was now Paul’s turn to nod, after which he told us about the Italian restaurant they’d just opened in M-ville. The owners were from Piedmont and the pasta was so good, they just had to come to Florence.

No, you’re not reading that wrong. They wanted to taste Piedmont pasta so they had come all the way to … Tuscany. How the people of Florence would respond to being mistaken for the people of Turin is a story for another day.

I’m not sure if they ever made it to Piedmont. I’m not sure if they understand even now that Piedmont is not a Florence neighborhood. To be honest, I’m not even sure if the owners of that Italian restaurant in wherever they’re from were from Piedmont. They could have been, say, from Pennsylvania, or Puerto Rico, or Papua New Guinea.

No, you’re not reading that wrong. They wanted to taste Piedmont pasta so they had come all the way to … Tuscany.

True, I don’t know every town and city in America. I can’t find them on a map or name state capitals or explain the cultural difference between the East and West Coasts, but I sure as hell know how to use Google.

It didn’t surprise me that they didn’t know where Piedmont was. I was surprised that Paul and Marie hadn’t thought to look it up while planning their trip. That’s like flying all the way to Paris, Texas and asking where the Eiffel Tower is.

So why am I telling you this story? To be honest, I’m still miffed about the cheapskate comment. Plus, Paul kept asking the guide if we were bad mouthing them — this happened every time Giulio and I spoke to each other in Italian.

No Paul, I was actually asking my husband how much our local blacksmith would charge to make a chandelier like the one now hanging over our heads.

And besides, I was waiting until I got home to badmouth you in an essay that’s visible to anyone on the web.

You know us Australians, we’re complete drongos and a dingo stole all our babies.