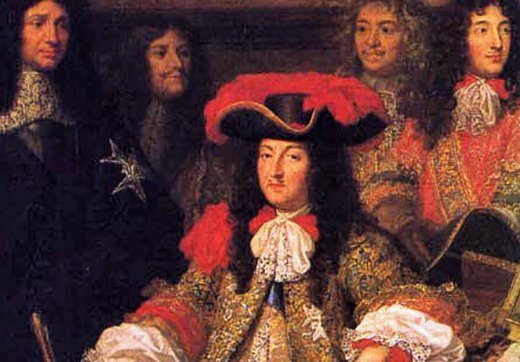 hat emanated from this American president is not fascism, as some are wont to believe, but monarchism. This president is not conniving within the existing state to create armadas of police and militias to then announce them as instruments of personal power, something Hitler, Mussolini and others did in a time when such inner takeovers were fashionable. Instead, this stubborn man named Trump is closer in mentality to a king, a figure sufficiently detached from concepts of the body politic to say, as IX, once did, L’état c’est moi, “I am the state,” famous last words for a doomed French monarchy dependent on the pre-Copernican idea that all rotated around the Earth and its lustrous nobles.

This does not change what might be called America’s “on-the-ground” reality, namely a headstrong president locked in an ultimately childish battle with his opponents over the building of a wall. It does, however, suggest a president less interested in pre-emptive national control than a man accustomed to getting his way who is vexed beyond all reason when he cannot, especially as president. Trump has millions of hinterland supporters, but few are likely to take up arms and march on loathed Washington at the behest of their elected king. Even those who loathe Washington and politicians, a viewpoint the president encourages, are unlikely to leave behind lives of relative affluence to fight the “good” fight.

This leaves Trump as a sabre-rattling prince on horseback without legions enough to do his bidding – aside perhaps from giving him another four-year chance to bark and bray. Stalin, when contemplating how to deal with Italian fascism, was told not to underestimate the pope’s sway, to which he allegedly quiped, “Thepope? How many divisions does he have?”

The bombastic and self-absorbed leadership of Donald Trump has less in common with a scheming fascist than an eccentric, “I am the state” monarch of the pre-Copernican past.

Stalin had plenty, Trump has none, so it’s not the future of American democracy that’s at risk.

Monarchic behavior is most dangerous in the way it sets aside longtime instruments of legislation — parliaments, senates, judge and so on — substituting them with throne-first neo-ism. The king may be unable to make his kingdom behave as he wants it to, but he can monopolize all attention around his wants, needs and demands so that all else comes to a half, as American government has, at least on paper. He can set a tone that hinges on confrontation and makes such confrontation the only means of playing at governance, as if someone lording over a brawl of his own making. Kings watched subjects kill and maim in their names for centuries, issuing approval from a safe distance. This American president knows that old jousting game and enjoys egging it on.

His self-absorption is already legendary because it transcends old school desire for state control, which required making friends and building alliances (Hitler and Mussolini were not solo players). Endless personal bluster usually came from kings, who had no need to worry about their entitlement. Though Trump lacks such a birthright, he behaves as though it is his to lose, yet another monarchic tendency. For kings, advisors were useful until they spoke too loudly, same with parliaments, assuming they existed. So it is with Trump, who seeks news to his taste or no news at all. The tyranny is personal, not national. His country, the United States, is on loan to him, not his in family name or an heirloom. A king whose kingdom is his on loan behaves that much more urgently to avoid his deposing.

While there’s nothing particularly reassuring about his aberrant scenario – aberrant, that is, in American terms – where playing monarch and being king are not the same. One has lineage, and if it comes to that, Stalin-style divisions. The other has only the ferocity of his bluster and fair weather allies who have yet to be tested under duress.

This is a paper king atop a paper monarchy dependent only on calls to do war. This king has both throne and horse, at least in name. How many peasants he can summon to his side, and for how long, is a question neither court jesters nor in-favor advisors — both endangered species —dare answer aloud.