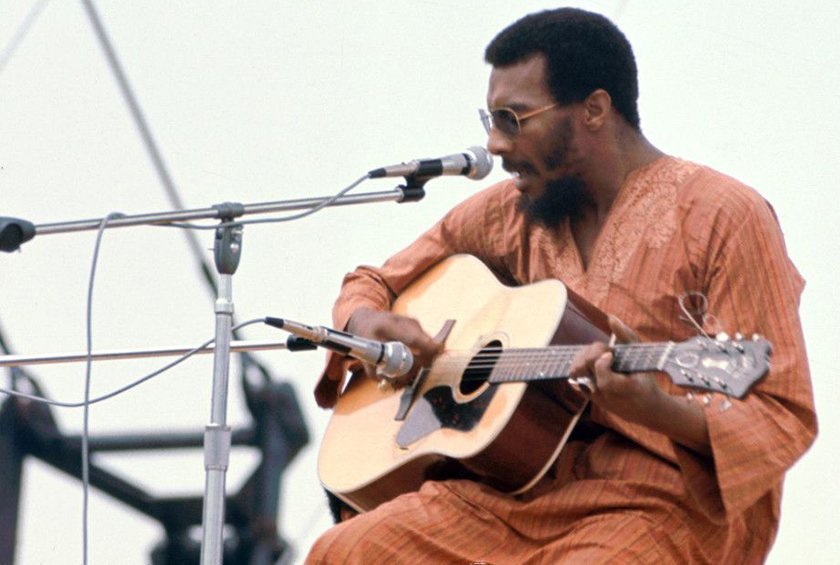 Singer Richie Havens at Woodstock in 1969.
I

was in a phone conversation with my father in the United States when I learned of the May 25 murder of George Floyd by a white police officer in Minneapolis, Minnesota.

Something reverberated within me.

I was born four years after 9/11, was seven when Pakistani student Malala Yousafzai was shot for expressing her wish to attend school, and only ten years of age when the Nov. 15, 2015 Charlie Hebdo attacks occurred in Paris.

I knew these were all “bad” actions, all of them against what I had been taught, but I was too young, you might think, to fully comprehend the scale of the malice. And you would be right to think so.

But this time, at 15, I understood far more. In the days that followed I saw showers of tear gas launched at protestors. I read of the twisted comedian Donald Trump pulling publicity stunts and pretending he cared about individuals’ lives.

I felt horrified, probably for the first time in my not-yet-adult life.

This time, instead of feeling overwhelmed by the “badness” around me, I understood the meaning and resonance of Marvin Gaye’s 1971 “What’s Going On,” the title track of an album written from the point of a view of a Vietnam veteran who has come home to an America crushed by social and racial violence.

I never imagined how it might feel to truly ask myself that same question, to look at madness and wonder what was going on.

Havens semi-improvised a version of the gospel spiritual “Motherless Child,” turning it into “Freedom.”

This time around, I fully comprehended the events, and I needed to find a release for my feelings. More than ever.

I sat down at my desk, got out my mother’s Guild acoustic guitar, and checked it was in tune. I then turned on my phone and began a new recording. I started rattling the string with a rhythmic E minor chord.

I’d been introduced to the music of the American folk singer Richie Havens earlier this year. Havens provided a stirring opening to the landmark Woodstock festival of 1969. Short of material, he semi-improvised a version of the gospel spiritual “Motherless Child,” which that day became the memorable song “Freedom,” and it was freedom that sometimes felt like a motherless child. This was the song I was doing my own rendition of at my desk. All the while, the confusion and chaos in my native land were playing out in my mind, and I felt the only way of expressing everything I was feeling was by wailing that word: Freedom.

Like Havens, I sang of freedom as a motherless child. I added new elements, singing of people walking through streets of Minnesota and Brooklyn. I sang of a man with a policeman’s shoe on his neck, crying that he couldn’t breathe anymore.

I went on for eleven minutes. As such, I didn’t believe that I was making things better for the world by covering a Richie Havens song. But with each word, each new chord, it was like my hands were clawing upwards, getting into the light that shone through the cracks of the moral darkness that had locked me in only a few minutes before.

I accepted my feelings. I was no longer afraid of them.

This was my uprising.