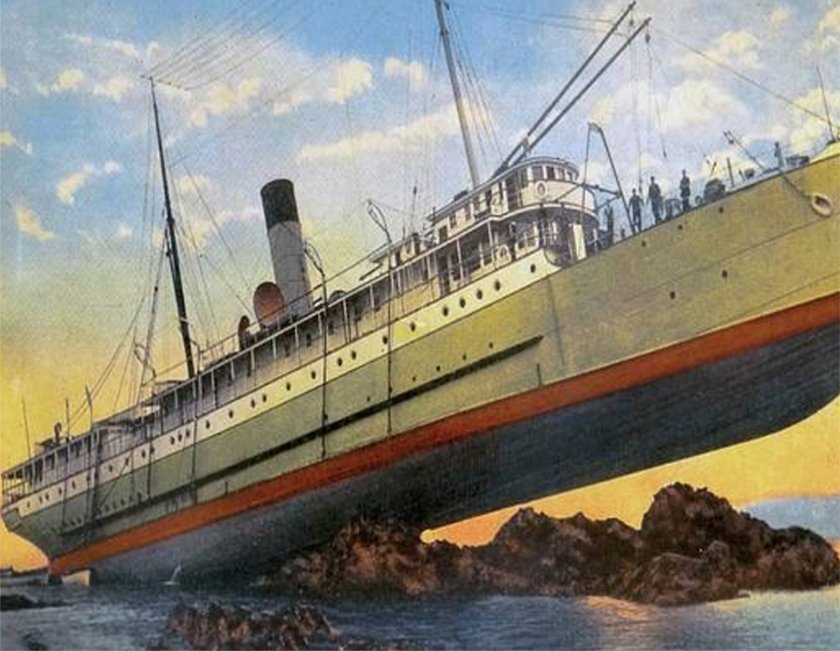 Elevators to the star? Fine. But what about the dry earth below?
S

ome people say that the climate crisis is something that we all have created, but that is not true, because if everyone is guilty then no one is to blame. And someone is to blame… Some people, some companies, some decision-makers in particular, have known exactly what priceless values they have been sacrificing to continue making unimaginable amounts of money. And I think many of you here today belong to that group of people… Why should I be studying for a future that soon may not exist? … I want you to feel the fear I feel every day. And act as if your house is on fire. Because it is. • Greta Thunberg, 16-year-old Swedish student and environmental activist addressing the 2019 World Economic Forum in Davos, Switzerland.

I’ll bet I’m not alone when I write that I am sick of hearing the endless wailing COVID-19 siren. Its seven-month domination of global headlines has been a step short of total.

So let’s for a moment turn our attention to worrying about something else, something familiar, something we’re more comfortable ignoring because it doesn’t go door-to-door infecting us: climate change. I don’t want to address the issue directly, though. I want, instead, to point out a massive discrepancy in approach that strikes me as nearly comic, but in the saddest of ways.

Until 2019, views on how the planet might look in a 100 years seemed to have a few basic factors in common, with a number of the details summarized below coming up often. In a century:

If you’re not wearing a mask to defend against illness, you’ll need one to deal with the sullied air.

These predictions are on the rosy side, and that’s putting it mildly. They have the feel of mid-20th century science fiction. In fact, if you’re looking to frame these hopes in metaphorical terms, they might be a view of the future as seen by a passenger on the Titanic pointing out the pretty icebergs and commenting on the smooth seas. Icebergs can be pretty, and the Atlantic the unsinkable Titanic crossed was very smooth indeed. But one night after dark in April 1912 things came together in a way that obliterated everything rosy.

So sticking to futuristic good cheer might not be the right way to go.

Estimates suggest that within 100 years insect life will have all but vanished from the planet, and with it, human life as well.

Acidification of the world’s oceans will destroy marine biodiversity. Humans will struggle and eventually die out.

According to the 2019 U.S. Climate Change Report, food supplies will dwindle, air will become rancid, and “new and dangerous illnesses” (hmmm, sounds familiar?) will spread as quickly as the wildfires that this year have raged worldwide. If you’re not wearing a mask to defend against illness, you’ll need one to deal with the sullied air.

In summer, the United Nations issued a report saying that by the year 2050, a billion people, now about an eighth of the global population, will live on uninhabitable land, prompting the greatest human migration in history.

So how, I ask you, can these dire predictions stand side-by-side with elevators into space? Why is humanity so detached from warnings that have been piling up for decades? Why does it scoff at those who insist the clock is ticking down? Is the species suicidal?

Don’t answer that last question, not yet.

Australian scientist Frank Fenner, who helped wipe out small pox, is among the “100-year” men. He’s convinced humanity has about a century left, with the second 50 years likely to prove deeply unpleasant.

Before his death in 2018, physicist Steven Hawking, the genius who held the Isaac Newton chair at Oxford, wrote that humans had about 100 years to colonize another planet before extinction. Since colonization is impossible, extinction is inevitable.

A year before, 11 Nobel Prize winners wrote that the state of human affairs was “catastrophic,” a word intellectuals don’t take lightly.

All this notwithstanding, a 2013 issue of Forbes Magazine illustrated what it suggested human faces might look like in 100,000 years. And no, the images were not those of corpses. A century for the likes of Hawking, 100,000 years for Forbes? By any measure that’s one hell of a gap between fantasy and reality, or, if you prefer, scientific forecasting.

Worse, the discrepancy between what’s actually being done to limit the damage and what should be done is even more alarming.

Wealthy corporate and government officials flew private jets to Davos to discuss measures to tackle climate change. They fell over themselves applauding the Swedish teenager who warned of the apocalypse. If there’s any humor in that irony I can’t find it. Hers were pearls before swine, and it earned her “Time Magazine” person of the year honors, but that’s about all. After Davos, the private jets flew off, and in came COVID-19. A frontburner subject took a back seat, and there’s no telling when it’ll get back to the front. “Be safe!” is now all about human health, not the health of the environment in which humans live.

Can we solve the daunting problems mentioned above, or at least some of them? Maybe. But like the American morons who refuse to wear masks, putting how they feel “in the moment” ahead of how they fit into a society, we humans everywhere ignore reality in favor of the drama of our daily lives.

The World Bank calculates countries would need to spend $150 billion annually to ensure the delivery of clean water globally. Do they? No. The figure is $40 billion.

What do we spend $150 billion on? Fashion. In 2015, the U.S. government estimated that the worldwide fashion industry was worth about $1.5 trillion.

A few shifts could change the world, but will they happen? Will we give up our Jimmy Choo’s? And after COVID, how many people will be putting the planet ahead of safeguarding their health?

How about food? In 2019, the UN estimated that each minute, 15 to 20 people worldwide died of starvation. It also suggested $40 billion a year would end starvation everywhere. That’s about 12 days of what humans spend on television, movies, and video games.

No sane person should expect that a species inclined toward such irrational priorities will suddenly make a U-turn. Even massive virus vaccine funding is a massive one-off driven (mostly) by the people who hang out at Davos.

The BBC recently came up with two reasons for existing priorities, neither surprising. The first was Hyperbolic Discounting, which, boiled down in terms of consumer consumption, is the prizing of a “live for now, buy for now” culture in which the future plays almost no role. The BBC also cited the Bystander Effect, in which people come to believe someone else (“they”) will fix the problem.

Neither of these theories is true in absolute terms. The truth may be that humans are self-involved, and until natural calamities begin they won’t react. Again, look at COVID.

If only the calamities that lurk on the human horizon were potentially fixable, once they hit, through Warp Speed programs. But they they won’t be. If ever a time existed to turn on the Warp drive to protect not only against disease but also against impending environmental disruptions, that time is now.

Ironically, however, the focused fight against the coronavirus is working against the future, at least in environmental terms. The virus can and will be brought under control. But reining in global decay will require a dedication, resolve, ingenuity, and sacrifice that well surpasses anything so far thrown at the virus. It’s a task the likes of which humankind has never before seen. May the Force be with us.