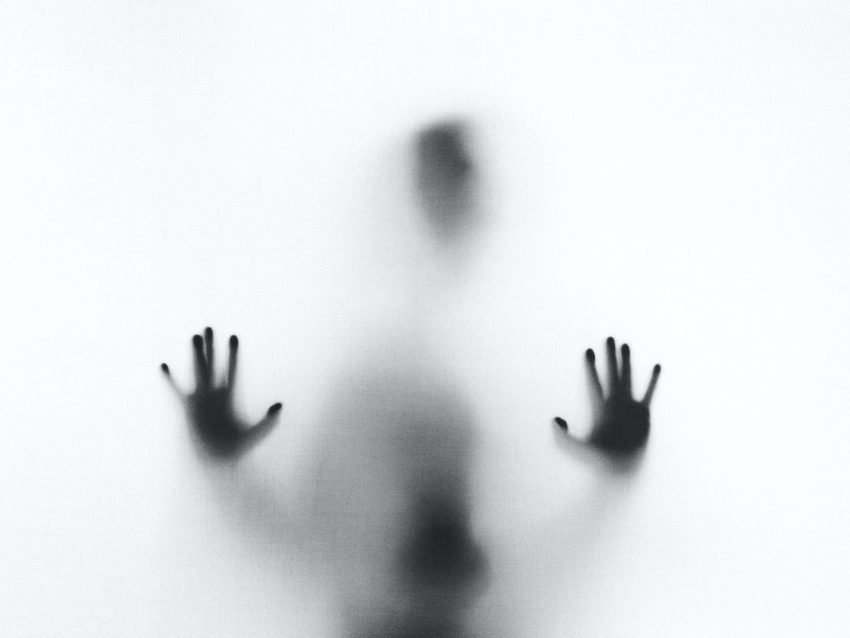 The 21st Century has drawn the ghosts away from the graveyards and into the palms of our hands.
T

hese days I’m busy compiling ghost stories. Most of them are miles away from mansions and graveyards, but that doesn’t make them any less unsettling. With all due respect, the dead are entitled to do pretty much whatever they please. There’s no dress code when you’re dead, and manners don’t apply.

But living ghosts are another story entirely, and they seem to be like a pox on my friends regardless of gender.

Let’s get things straight. I come from a generation in which a ghost was a noun. That’s why we got “Ghostbusters,” a movie that, since I saw it in my early teens, still makes me smile. Nowadays, like so many other transgender words, “ghost” is also a verb — as in “ghosting.”

I hate grammatically transgender words, but I’ll leave that for another time. “Ghosting” is when you’re in touch with someone pretty regularly and then, for whatever reason, vanish. Vanish virtually, that is. So, if you’ve sidled up a pseudo-romance with some guy in Carmel, he “ghosts” you when he suddenly doesn’t write back, disappears from platforms and devices, or just bans you for reasons he never explains. (Ghosting is not limited to love. You can apply for a job and have a swimmingly good exchange with someone who calls you “promising,” only to have that person disappear underground.)

All of this was pretty normal in the literary world, when you’d send out a manuscript, get a hopeful note back, and then never hear from the publisher again. That was their right because they lived in a Bohemian universe where replies and politeness were optional. I mean, first you need to take a six-month walk or smoke 19,000 cigarettes — more or less the approach at the New Yorker magazine, which loved replying to poets, if it a replied at all, within a year.

But living ghosts are another story entirely, and they seem to be like a pox on my friends.

Be we need to set all that aside in the era of transgender nouns, for no other reason than the ease of communication. Tired of someone, or changed you mind on his short story? All you need to do is shoot him a WhatsApp or a Telegram (new style) or text him a line from your assistant’s phone. Not rocket science.

Mostly, though, that’s not what happens.

Examples: My friend Marsha, age 44, divorced, was dating a guy in California. I mean really dating. They’d met online but had seen each other, traveled together before COVID, written all sorts of love songs to each other, and sent one another suggestive Instagram pictures (for Marsha, this means a tulip in bloom). He’d sent flowers and actually called (as in real live speaking to someone) and, from time to time, sent her semi-erotic material (a picture of a couple walking hand-in-hand).

But a couple of months into viral times, he just vanished — making Marsh crazy. She sent a lot of messages, called, worried a lot, and finally gave up.

She found him again a month ago on the same dating site where they’d met.

My younger friend Norine, hardly out of her twenties, spent a year in a virtual relationship that began online and reached the heights of ardor when the two exchanged pet pictures and agreed to visit a shelter together. They live a state away from one another, so a meeting would have been easy. But it never happened. He ghosted her, and she’s still not dating.

My best friend, Joey, got into it hot and heavy with a Canadian woman and the two of them seemed to spend weeks reinventing virtual sex while discussing the methodology of social work, since both were in that field. (Thank goodness for the virtual pill or they’d have seven kids already.) If only he hadn’t pulled the plug.

He told me this one day over coffee, that he’d basically disappeared, killing various account (all under fake names) and burying his trail. He said all this in a very businesslike, almost military-esque, way, as if the relationship had been a special op and he’d sudden been called off it.

“How could you do that to her?” I asked. “Can you imagine what she went through?”

So why waste time with the amenities of a farewell or an old-style “Dear John” note? You can make yourself a ghost overnight and leave someone hurt and baffled for a year.

“Happens,” he replied, and asked for a refill.

“Look,” he said. “The virtual world is the virtual world. Even if you meet someone, everything can change fast, and both sides need to know this. And most do. Those who don’t, get burned. I did my thing with her, and she did hers with me, and we had a great time for a while but I got bored. I don’t think there’s a card for ‘I got bored,’ so I let it go. I knew she’d get it.”

Apparently she did not. She found Joey and confronted him in the street outside of a Starbucks in 2019, though I’d need to read the police report to give you both sides. She did kick him in the groin, not at all a Hallmark sort of thing, but she had been begging for closure for six months.

What to say? Don’t look at me.

Virus aside (and virus complicit), it’s so easy to meet someone and think you’ve found emotional and sexual Nirvana until, like many things in life, the excitement runs out of steam — even the virtual kind. There are just too many other swiping possibilities. Basically too many boys and girls, too little time.

So why waste time with the amenities of a farewell or an old-style “Dear John” note? Because you were brought up to be polite and decent? Yes, you were, but wouldn’t it be nice just to sneak out the back door? Now you can. You can make yourself a ghost overnight and leave someone hurt and baffled for a year.

Funny how the more we’re enabled to communicate, the more we betray communication at the most delicate of moments. Graveyards are packed with ghosting victims, and my hunch is their numbers will only grow.

Who said breaking up is hard to do?