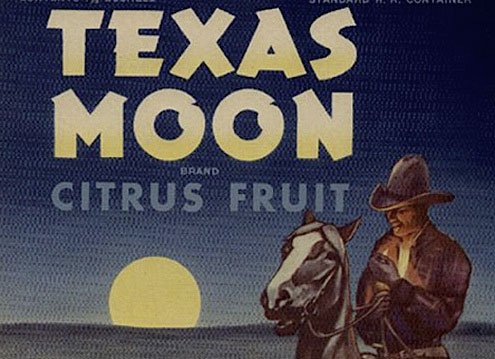 nonna is an interesting phenomenon.

The idea that one would not get along with and adore one’s nonna is simply not an issue in Italy or anywhere else, for that matter, but my nonna, on my mother’s side, was always a surprise package to be wary of and reckoned with. I grew up with stories of how, when I mother’s beaus would come to pick her up for a date, my nonna (pregnant with my uncle!) would lead her dates into the parlor, sit down at the piano and, with her magnificent voice, sing racy songs to amuse then until mamma was ready. A seductress, if ever there was.

She and my mother, also strong-willed, fought often and long over how my brother and I should be raised, and she never missed a moment alone with us to expound on her views of children and their education. I, too, fought with her at times, especially when caught in her net of seduction and then finding out that she had plans for the way I was to run my life. This never worked with me with anyone and never will.

But then, but then, there is the powerful memory of my grandmother being laced by my grandfather into her corset (for a wedding or funeral) as she clung to the four-poster bed and I, enchanted, watched as her ample potato-shaped body pushed upward and downward from the waist, forming the famous hourglass figure of which she boasted.

And then there was her hair, falling below her waist in heavy henna waves as she brushed it 100 strokes a night. “As The Band Played On” was her favorite song, no doubt because the heroine was a strawberry blond after whom everyone lusted.

And Sundays were my grandmother’s day, the day she held forth, as my mother used to say, the day she gathered us all into her warm kitchen, then distributed us around her huge oval mahogany table to eat from noon until the sun started down and the uncles took their naps, zzzzs almost visibly rising from each heavy, roast-beef laden breath.

When we were children, my mother would take us out to farms in the summer where we would pick our own corn, okra, tomatoes and just about anything that was grown without chemicals and pollution. I remember playing hide and seek in the long rows of vegetables with the kids of the family who owned the farm. We would inevitably get yelled at and be told to calm down, that we were on other people’s property and had to be polite, my mother’s eternal admonishment. We must have looked like naïve little city greenhorns to the farm kids, used to plowing and hoeing and slaughtering animals for their dinner, but little did they know that our own grandmother and grandfather did the same and that each year we watched with fascination as Poppy skinned a whole hog to make the bacon and hams for the year’s smokehouse fare.

How lucky we were to have these grandparents and their farm, to know where things come from, to grow our food, and to grow up without squeamishness or offense at the natural order of the food chain. The ritual Sunday dinner (yes, dinner — supper came later) was my grandmother’s terrain (just as Italians have Sunday lunch with nonna), and as we inevitably arrived early to help with the feast, we waited, rapt, as she gathered up her skirts, lifted her grand bosom as if for war (no corsets to impede her determination) and marched into the back yard to pick out this week’s victim for the table.

Having chosen the plumpest hen, she would approach the chopping stump, chin high, clutching the miserable bird in her strong square hands, and deliver it with ceremony to my grandfather who stood ready with the ax. On days that Poppy was off somewhere stalking Bessie, the cow, or listening to Walter Winchell deliver the news in that mesmerizing voice of his and could not be pulled away for something as mundane as a chicken, my grandmother would simply swing the bird by its neck, quickly snapping the life away, then whack its head off herself and plunge the body into boiling water to begin the de-feathering process. Then, we all held our noses and plucked.

On my grandmother’s long chopping board, the chicken was gutted skillfully with one fell swoop, its liver and gizzards put aside for what was known as “speckledy” gravy (made by pouring milk into the drippings from the chicken) and its carcass cut up deftly into perfect pieces for fried chicken — wishbone always left intact. This same innocent bone would later cause horrendous squabbling among my cousins, my brother and me, causing my grandmother to threaten to make a wish with herself and leave us all out. How sweet and moist was the meat around that bone! The chicken had been soaked in buttermilk, and we would eventually draw straws for the instrument to make our dreams come true and carefully dry the bone in the warm oven after the buttermilk biscuits had come out. To this day I would not dream of severing a breastbone when preparing anything that flies for any dish.

In my later life, deep into cooking and experimentation, I found on my doorstep two wild ducks from a North Beach neighbor hoping for a dinner invitation. I tried my grandmother’s infallible plucking technique and submersion after submersion, found my oily-feathered ducks popping like rubber bath toys out of the water and onto the floor. Finally I weighted them down with bricks and managed to get them cleaned, but dinner was served at midnight. From then on, I promised to cook it, but insisted that a gift of game be denuded by the donor.

Years after childhood, I went into a frenzy of cooking: I tore through Gourmet Volume I and II — French, Chinese, Indian, Italian, even Russian cooking lured me into making my own puff pastry and making Russian Easter cheese in flower pots. I became a fanatic for Schewan pancakes, spring rolls, fish in vinegar scented with brushes made from little green onions. Indian curries and naan and puris found their way to the table during my Raj phase so often that I thought I might have stripped my taste buds forever.

But then suddenly I lived in Italy, and the marvel of Italian food and cooking cemented all I had learned before. Italians have great respect for food, and I have respect for food because of my eccentric and talented, feisty and ferocious grandmother. Even though she had little will power around her own buttery biscuits, sugar cookies, and perfect, crisp crust pies and grew stout and shapeless from being so able, she revered and treasured her food. Perhaps living through a war engendered this attitude, but she passed it on to me through her magic kitchen deeds. I also learned from her that there is a difference between gourmet and gourmand, and that food in moderation (except for white truffles and chocolate or a certain torta di ricotta made by a friend) can only bring joy to one’s life and is never to be feared or suspect.

My grandmother, too, passed on to my mother and my mother to me the awareness that what we create in the kitchen for our friends and families makes a great deal of difference to all of our lives, and that knowing how to make one’s way around a kitchen with finesse and agility not only provides hours of pleasure to the cook but makes life in which many people figure (children, grandchildren, extended family) a heck of a lot easier.

I am a step-nonna, a name in Italy that has no real definition, yet feels to the one bearing the title as real as bread, and I have hopes of passing on to my able step-grandkids this love of the kitchen and what treasures one can discover there. One of them asked me one day why I loved to cook so.

I love to cook because I watched the wild women of my family having fun in the kitchen at holidays, making racy comments about a naked roasting bird and laughing raucously as they got tipsier and tipsier on milk punch made with another kind of Wild Turkey.

I love to cook because I see so many people touched by good cooking and how much more than just nourishment it brings to the table.

I also cook to relax, to change a blue mood, to work out solutions, to think up a new drawing, to digest a book I’m reading, to consider what is known in our house as the MOL, the meaning of life, a subject often reviewed! I cook in Italy and think about my own “nonna” and the meaning of life. I don’t know if I have found it completely, but on days when the smell of fresh bread from my grandmother’s yellowed recipe is coming from my oven, tomatoes from Campo de’ Fiori are lolling in their extra virgin olive oil bath perfumed with fresh basil, and a blue-eyed, handsome man is holding my chair for Sunday lunch near a sunny Italian balcony, I think perhaps I have.