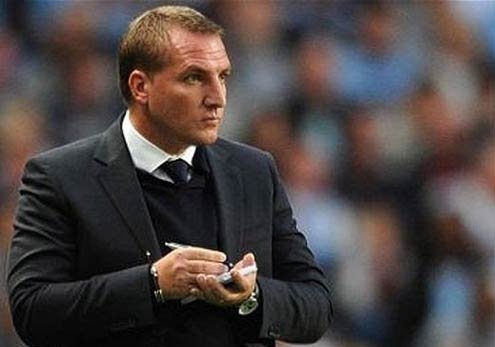 Brendan Rodgers of Liverpool faces the challenge of instilling harmony.
A

s a new season dawns in Britain’s Barclays Premier League, so arise a variety of fresh challenges for many of the division’s managers. Paul Lambert and Brendan Rodgers are embarking on debut campaigns at their respective clubs, while Brian McDermott and Nigel Adkins are set for their first taste of management in England’s top flight. Michael Laudrup faces both challenges simultaneously. Nevertheless, all five men seem to have the necessary credentials to suggest they can cope at the deep-end.

Paul Lambert, Aston Villa: Lambert proved a shrewd tactician at Norwich City, where last season he switched seamlessly from one formation to another between and during matches, using a 4-4-1-1, 5-3-2, a midfield diamond and classic 4-4-2. It takes a talented manager to drill such tactical flexibility into a team, especially when many newly-promoted clubs tend to stick cautiously to the formation they know best.

The Canaries’ rather daring approach reaped fine rewards. They finished as the division’s seventh-highest goal-scorers and were never in danger of the drop. The versatility offered by summer signings Brett Holman, Karim El Ahmadi and Matthew Lowton suggests that Lambert intends to continue in the same vein at Villa Park.

Fans of the Birmingham-based club endured a torrid campaign last year, during which Alex McLeish’s side managed only 20 goals in 19 home games. This season promises to be far more entertaining.

Brendan Rodgers, Liverpool: Whereas former boss Kenny Dalglish often tinkered with formation and personnel, former Swansea City manager Rodgers showed an enthusiasm for cohesion, usually fielding a consistent starting 11. There will be greater need for rotation at Liverpool, however, given the team’s Europa League commitments.

Rodgers faces the challenge of instilling harmony in a rather inflated squad, particularly in midfield, where last summer’s pricey acquisitions, Jordan Henderson and Charlie Adam, threaten to be marginalized by recent arrival Joe Allen and potential new signings Nuri Sahin and Clint Dempsey. There is also the matter of whether the Reds’ £35 million giant forward Andy Carroll can fit into Rodger’s daintier system of patient, possession football. The arrival of Italian forward and ex-Swan Fabio Borini could well condemn Carroll to the bench.

This year undoubtedly represents yet another transitional phase in Liverpool’s recent history. Rodgers achieved wonders during his two years in South Wales, but his assignment on Merseyside is more complicated and it is imperative that he is given time to foster a greater identity in terms of Liverpool’s style of play, something that has been missing at Anfield for some years now.

Brian McDermott, Reading: The locally-born McDermott has already spent 12 years at Reading, but only the past three as manager. Prior experience as chief scout and under-19s and reserve team manager testify to his long-standing affection for the Berkshire club. A popular figure amongst Royals supporters, McDermott showed great strength in character to disband any demons that threatened to haunt his side after last year’s defeat to Swansea City in the Championship play-off final.

A slow start was followed by a phenomenal 19 victories in 24 matches after Christmas, as the manager fostered an immense team unity, while producing a couple of masterstrokes along the way. His fine man-management got want-away winger Jimmy Kébé focused again on Reading’s promotion charge, after the mercurial talent’s head had been turned by a more lucrative offer from Leicester City. Meanwhile, experienced Premier League striker Jason Roberts was signed in the January transfer window and his six goals helped the Royals over the line and into the Promised Land of English football. Understandably McDermott looks set to stick with the solid 4-4-2 formation that ensured the side conceded a league-lowest 41 goals.

Nigel Adkins, Southampton: Only six years ago, Nigel Adkins was plying his trade as a physiotherapist at third division club Scunthorpe United, when he was drafted in as manager following the departure of Brian Laws midway through the 2006-07 season. Amazingly Adkins guided the Iron to promotion at the first time of asking and ensured their return to England’s second tier in 2009 after their relegation the previous year.

So it was unsurprising that Southampton decided to call upon his services a year later with the brief of doing exactly what he had already become a master at: promotion. The likeable Adkins took no time in winning over the hearts and minds of a side already full of potential. The team bought readily into his attacking philosophy, notching up 171 goals in two seasons, achieving successive promotions en route to the Premier League.

Michael Laudrup, Swansea City: Once again Swansea City have opted for a manager who endorses proactive football. After Roberto Martinez (currently with Wigan Athletic), Paolo Sousa and Brendan Rodgers, Laudrup arrives after managerial experience in Spain with Getafe and Real Mallorca. To the delight of the game’s purists, the ex-Barcelona great has made a concerted effort to instill the Catalan giants’ style of play in his own sides, such as attacking with plenty of men near the ball to ensure swift retention of possession.

He outwitted both of his former clubs, Barcelona and Real Madrid, using an attack-minded diamond system in 2007-08 as manager of Getafe, with whom he also reached the Copa del Rey final. This season could well represent the next stage in the development of Swansea’s swift passing strategy, while they also look to add more goals after failing to score in 15 league outings last term.

Laudrup has already sought to exploit his knowledge of the Spanish leagues, the £2 million signing of tall attacking midfielder Michu looking particularly shrewd after the Spaniard found the back of the net 15 times for La Liga side Rayo Vallecano in 2011-12.