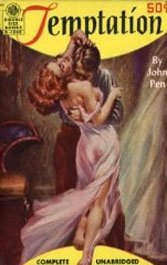 The post-Berlin Wall era sometimes makes it difficult to fathom the furor of communism, both the passion of its creators and determination of its enemies. In an over-privileged and developed world in which the social order is reduced to brand choices, the cruelty of the proletarian-bourgeois divide is unimaginable.

Reading János Székely’s hard-to-get book can change that. It can make you want to storm the barricades, red flag in hand, belting out The Internationale. Originally published in the United States in 1946 as “Temptation,” with Székely writing as John Pen, the book’s narrator, Belà, is left in a Hungarian village in the “care” of an “aunt” who earns a living boarding, wet-nursing and humiliating children whose mothers, like Belà’s, are domestic workers in Budapest.

Immediately after World War I, Hungary is split from Austria and domestic maladies are turning virulent. Hitler is gaining power in Germany and Miklós Horthy in Hungary. Belà is sent to Budapest where he finds a job as a busboy in a luxury hotel. But wherever he goes he suffers the indignities directed at the “prolo,” or proletariat.

Planned as a trilogy, this first volume is Dickensian in scope and character. The temptations suggested by the title are many: a sexually rapacious noblewoman, an American girl who befriends Belà, the siren song of communism, and dictator Horthy’s local brand of fascism.

Meanwhile, Belà hopes to return to school and perhaps emigrate to America — which is what Székely did. There, he shared a screenwriting Oscar for the 1940 romantic comedy “Arise, My Love.” But his refusal to testify before the McCarthy-era House Un-American Activities Committee led to his blacklisting and exile. He would not be tempted.