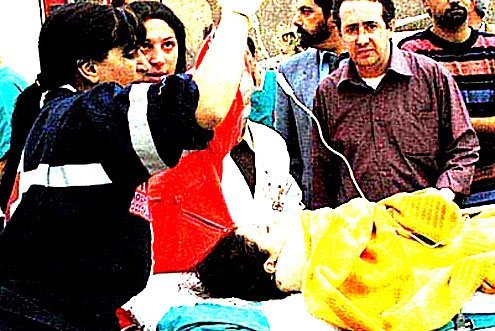 alloween 2002 provided Italy with a brutal wake-up call. The earthquake-related deaths of 27 children and their teacher, buried under the rubble of their classroom in the village of San Giuliano in Puglia, highlighted the dreadful condition of Italy’s state schools.

Of the many buildings damaged in the Molise earthquake, the Francesco Jovine primary school was the only one reduced to rubble. According to a state prosecutor, its structural flaws were serious enough to have closed it long before the quake. So far, some 25 people are under investigation in connection with the collapse. At least 12 are engineers and administrative staff involved in the building and maintenance of the school.

Despite the initial outrage — the tragedy received global coverage — little has changed since 2002. According to a recent report by the Environmental League, in some regions between 40 and 60 percent of schools are at risk in the event of an earthquake; throughout the country, 38 percent are in urgent need of maintenance. In Rome and the surrounding Lazio region, that figure rises to 51 percent.

This won’t surprise the parents of children at a Rome primary school where the ceiling fell in recently, and it won’t surprise the father who was so worried about cracks in the walls of another Rome school that he called in firefighters — who discovered the foundations had sunk and immediately evacuated the whole building. Another local high school was declared so unsafe that students were sent to study at other schools, some in the morning, some in the afternoon.

Now the Province of Rome is calling on students to help ensure their schools are safe. It has created a hotline where students can send an “SOS” text message to authorities to express their concerns. In the first two weeks of the service, more than 330 pupils and parents did just that. Texts have been flooding in, including some from those enrolled at primary and middle schools where the authority isn’t even responsible.

The head of the province’s education department, Daniela Monteforte, says this effort doesn’t mean they don’t trust the teaching staff to report problems: “We always listen to what the head teachers tell us, but we want to also give the students a voice, and in doing this we also make them become a bit more responsible.”

The Giovanni Falconi school on the outskirts of Rome is representative of many Italian schools; it is drab, dilapidated, not a particularly inspiring learning environment. Recently its windows were replaced to stop the glass from falling in as frames rotted away. One of the first text messages to arrive was from a mother reporting cracks in the walls and complaining about the state of the toilets.

Though the Falconi school specializes in biology and chemistry, one laboratory was closed for a year and a half for safety reasons.

Students at work in the reopened lab include 18-year-old Ilaria Moroni. While she welcomed the text service, Moroni is resigned to the school’s imperfections. “When it comes to the buildings maybe there are some problems, but they’re not excessively bad as far as I’m concerned,” she says.

Her classmate Damiano Massaro was skeptical that text messages could ultimately make much of a difference. “It is a positive initiative, but I don’t see it really working because the government makes it very clear that public schools aren’t as important as the private ones.”

In Rome, many aging schools badly need maintenance; many in the city center were once museums or hospitals. But even those built in the last few years have their problems.

The primary school where Gennaro Loffredo teaches already leaks when it rains. “There are very few schools that really are within the official regulations. So there are ugly classrooms, they’re rundown and often the children don’t want to go to school because the buildings are so unpleasant,” he says.

The state of Italian schools mirrors the country’s economic map, with schools in the South much worse than schools in the North. The situation in southern Italy is “tragic” according to the president of the Italian Parents Union, Donatella Poselli.

She continues: “We should look at things positively. We hope that what happened at San Giuliano, the walls collapsing with children inside, never happens again.”