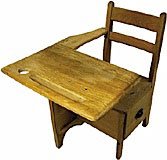 There must be something else...
F

orgive me if I seem a little rushed — and if you spot any glaring erors, try to ignore them and put it down to the fact that I am rather stressed. The truth is, I have just 53 minutes to go before I have to pick my son up from school. He comes out at 12:35 today — a nice round number, easy to remember — and I have only just dropped my two daughters off. They couldn’t begin school until 10:40, because the teachers were having a trade union meeting. My son’s teachers, at a different school, held a similar protest two days ago, so I had to pick him up at 11 a.m. Actually, it was supposed to be 11:30 am, but then they changed it at the last minute, and decided to start their meeting earlier.

Looking on the bright side, I believe I have at last solved the mystery of why Italians have so few children. It’s something that has been puzzling me for years now, ever since I heard that Italy had one of the world’s lowest birth-rates. When I lived in Rome, people used to stop and stare at me as I shepherded my brood of three small children to school. In the local park, the grannies — all looking after the standard single grandchild — would look at me wistfully, with a mixture of envy and admiration.

The younger women made little effort to conceal their view that I was clearly off my head. Here in Spoleto where life is slightly more manageable, we have met just one other family with three children, and, since this is a very small town, I’m sure I would have bumped into others if any existed. So why should this child-loving nation — where even teenagers with rings in their noses go weak-kneed at the sight of a baby — have turned its back on parenthood?

I’ve heard all manner of explanations, though none of them rings true. The first is always the expense. But as any parent knows, bringing up two or even three children does not cost that much more than rearing one. At least you get to make full use of the cot, pushchair and all the other baby paraphernalia.

Then there is the issue of working mothers. But Italy has one of the most generous systems of maternity allowance that I’ve ever heard of, with time off for breast-feeding, taking children to the doctor, you name it.

No, the clear reason, I am now convinced, is that Italian children hardly ever go to school. And on the rare occasions that they do, the whole business is so complicated, you almost wish they didn’t. Take my 11-year-old. He has just started middle school, which means he no longer has lunch at school, nor any lessons in the afternoon. To keep me on my toes, he comes out at a different time every day, and, just to make life a complete nightmare, he has to go to school — at 8 a.m. no less — on Saturday morning. Which bird-brain thought that one up, I’d like to know?

The same one, no doubt, who decided to give children a three and half month break in the summer. Three and a half months! That’s more than a quarter of a year. I’m told it is because it’s too hot to work. But hasn’t anyone around here heard of air conditioning?

No one seems very happy with the system, except, of course, those smart enough to set up summer camps for children, a money-spinning business which is booming in many an Italian town. It is true that every Italian couple seems to have at least one set of grandparents, as well as aunts, sisters and cousins, all ready to step into the breach. But 14 weeks is a long time for even the most doting relative. My friends back in England can hardly believe it when I tell them my children’s timetable. Their own offspring are all safely ensconced in school until at least 4 p.m. each day, with a maximum five weeks off in the summer. An Italian mother told me recently that the middle and high schools finish at lunchtime because in many provincial towns, parents are shopkeepers and close for lunch at 1 p.m.

My husband tells me I suffer from Anglo-Saxon preconceptions, and he may well be right. Goodness knows, I usually go out of my way to say positive things about the country in which I have chosen to live. But when it comes to schools, at least in terms of organization, I must admit I’m stumped. Let me think. The schools are very close to where we live, so that’s good. Hang on, there must be something else.

Oh yes, and the schools are free.