Tannenbaum for the migrant 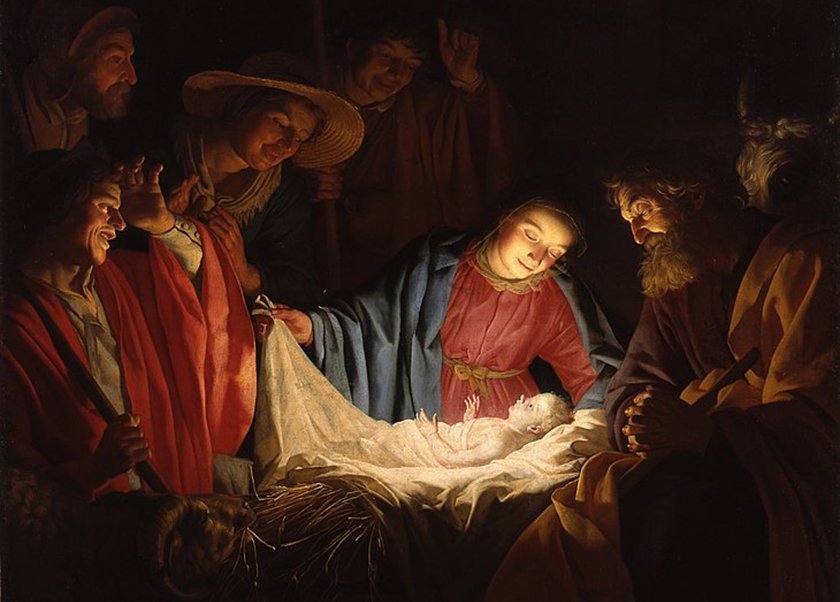 The Adoration of the Shepherds, painted by Gerard von Honthorst.
T

hese moments arise only once a year. I’m aware of how clichéd this statement is, but the fireside, the snug lighting of the living room, my mom on the phone to family in the United States, and the soundtrack to “A Charlie Brown Christmas” by American jazz pianist Vince Guaraldi are the knots that tie the strings binding me to December.

The album has now come to the unadorned rendition of “Hark, the Herald Angels Sing” which appears at the end of the special, aired in 1965. It was notable not only for being the first television adaptation of Charles Schulz’s “Peanuts” comic strip, but also for featuring one of the first inclusions of the religious meaning of Christmas on mainstream television (at least in the United States). This comes in the form of a monologue, delivered by Linus, about the annunciation to the shepherds in Bethlehem. It is the turning point of the story and was too crucial a moment to be edited out. Though religion was a thorny subject to be discussed on television, Schulz did not shy away from it.

While protecting the right of individuals to practice any religion, laïcité can be enforced to the point that it discourages religious faith.

This subject is as thorny now as it was over fifty years ago. In France, where I live, the law of laïcité, introduced in 1905, separating Church and state, is one of the cornerstones of society and education. While protecting the rights of all cultures and individuals to practice their religions, it can be enforced to the point that it discourages religious faith or any conception of God; indeed, in a typical French public primary school founded upon this concept, it is forbidden to wear any religious sign. I myself may have ruffled a few feathers when, at age seven or eight, I expressed that perhaps we were created by God, in a poem we were assigned to write. It has become increasingly difficult for me to reconcile the values of these teachings with my spiritual and religious identity.

Had I not been aware of my school’s name and its legal status as Catholic, I would think myself to be in a state school, as access to religious education of any kind is minimal. Middle-school students are churned through a mold in preparation for their first communion and confirmation, after which they are dropped when they enter high school (lycée). At a time when many of my peers are losing faith in “organized religion” or ceasing to believe in God altogether, I have chosen to keep my faith. This means accepting the solitude this decision may bring not just when a classmate says, “I used to believe but don’t anymore,” but also when I see a link between right-wing politics, royalism, nationalism, xenophobia, and Catholicism (a particular problem in France). Needless to say their views are not mine: if St. Thomas Aquinas (who my school is named after) were alive today, I am quite sure they would not be his, either.

Remaining an “unsolvable mystery unto myself,” I too migrate, my soul in a commute between fiction, essays, major and minor, history, and faith.

The encounters that it has been my privilege to have — encounters with the words and the music of migrants — have taught me over the course of this year that while I may remain an “unsolvable mystery unto myself” (to paraphrase the French diplomat Alexis de Tocqueville who wrote on democracy in his native country and the United States), I also migrate. My soul is in a commute between fiction, essays, major and minor, history, and faith. My French teacher encouraged me to keep what interested me, so with the same certainty as Linus says “that’s what Christmas is all about, Charlie Brown,” I affirm that I am my own person. While I am still too young for my life to be all traced out, there is something greater than myself, someone who has granted me the grace to express myself with as much clarity and purity as I can.

The Christmas tree — or “Tannenbaum” in German — that Charlie Brown picks out for the Nativity play may be a puny thing that loses its needles as soon as a bauble is placed on its branch. But as the credits appear it has been beautified and endowed with symbolism.

In this Advent period, I am reminded, as a traveler, that everyone who walks the same road — and we are many — has his or her own tree. We each plant our tree and contemplate its growth. In a favorable environment, the tree is illuminated — mirroring the elevation of the individual’s soul. The soil the tree is planted in is enriched by our loves and by the people who become part of the journey of our lives.

I write this upon returning from a screening of Wes Anderson’s new film, “The French Dispatch,” a love letter to writing which galvanized me. But if I am to obtain a decent grade on my Spanish test tomorrow, I should probably part with my pen for the night — before re-editing this rather sentimental piece in my mind as I often do, even during sleep.